Who knows how long this partial NHL season will last? 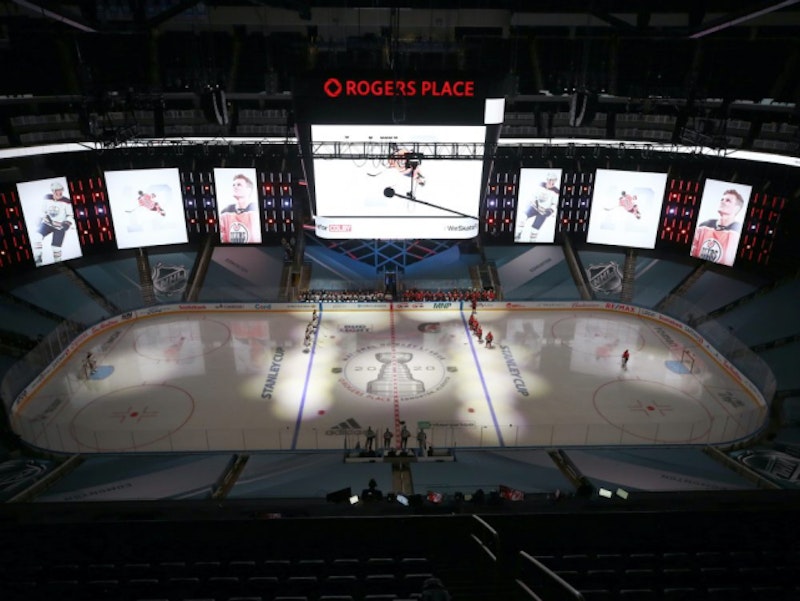 They said it couldn’t be done, and I thought they were right. But on July 28, the NHL did it anyway, playing three exhibition hockey games in which the Philadelphia Flyers beat the Pittsburgh Penguins 3-2 in overtime, the Montreal Canadiens lost 4- 2 to the Toronto Maple Leafs, and the Edmonton Oilers beat the Calgary Flames 4-1. The games kicked off a playoffs unlike any other, designed to end with a Stanley Cup presentation around the start of October.

The inevitable question: will it work?

Games are played without crowds, but crowd noises recorded for EA Sports’ NHL video games are piped in over the PA. Music and sounds are played during breaks in the action with song choices and the like designed to simulate the arena of the team with home ice advantage.

Watching the games on TV was surreal, not least because of how normal they seemed from a distance. Tarpaulins covering the lower bowls of the arenas created a neutral background. National anthems were played as usual. The Montreal and Edmonton games were preceded by video tributes to recently-deceased former players. Only the occasional new camera angle made possible by the absence of spectators insisted on the oddity of the event.

That, and the fact that teams were playing hockey in July. 24 teams will begin the tournament. Seeds five through 12 of each conference will have a best-of-five play-in series, while the top four teams play a round-robin set of seeding games. The resulting two sets of eight teams play four rounds of best-of-seven series as in a regular playoff.

There were and are questions about the quality of the hockey we’ll see. The teams have had an abbreviated training camp, but this is an abrupt leap into elimination rounds after a long layoff since the NHL’s last games on March 12.

Still, the exhibition games suggest that teams work off the rust fairly quickly. Pucks rolled perhaps more than usual, and one wonders what the ice conditions will be like in the third period of a day’s third game, but it’s unlikely to be as challenging as some of the outdoor “Winter Classics” the NHL’s played.

The playoffs have taken different forms over the years, and this isn’t the strangest thing in this strange year. It’s unusual in that it takes the top 24 teams in the league and not the top 16, in an attempt to make up for the early end of the regular season—the extra teams, at least in theory, represent those who still had a chance to win a playoff spot when the NHL cancelled games. But if an outbreak of positive cases can be avoided, this is a reasonable process by which to crown a champion.

That’s a big if, though. At least the NHL’s choice of bubble system is an uncharacteristic outburst of good sense. Edmonton and Toronto have had relatively few active cases of COVID. And life in the bubble is regulated in detail.

Players will be tested every day, as will all the staff of their hotels, and must wear masks when outside of their hotel rooms. They’re also restricted to their hotels when not at a game. Rules cover mask use, cleaning procedures, consequences of positive tests, and all sorts of eventualities.

Players were given the right to opt out of returning to play, but only half a dozen chose to exercise that right. There’s a good argument that the bubble environments are about as safe as it’s possible to get in a big city in North America at the moment.

Compared to other leagues, the NHL looks like a bastion of sanity. Major League Soccer decided to locate its bubble in Florida, and had a series of early positive tests that resulted in two teams having to drop out of the MLS Is Back Tournament. (Though the NBA, which also set up its bubble in Florida, hasn’t yet seen positive test results.) Major League Baseball decided not to use a bubble system, and recently had a cluster of positive tests among players on the Miami Marlins.

Realistically, over the course of two months, there’s a very good chance the NHL too will see some positive tests. Set aside for the moment the question of the health of the players (who, after all, agreed to take part). Given the limited personnel available, teams may have to drop out, meaning series would be won by default. That’s the sort of thing that can taint a playoff year.

Either the NHL or NHL Player’s Association can decide to cancel the season. But both organizations have an incentive not to, the same incentive that’s led wealthy men to hold a major league sports tournament in the middle of a pandemic. That incentive is the money that would be lost if no playoffs are held. With nobody buying tickets for the games, the NHL’s going to lose a lot of money. If they can successfully stage a playoff tournament, they’ll lose a little less.

So the NHLPA and the NHL agreed to extend the collective bargaining agreement and adjust it to deal with this year’s losses—and thus we have hockey at the end of July, projected to go through August and September. It’s all being done as carefully as possible. It’s still unlikely to work over the long haul. And two months can be a long time in a pandemic.

Still, the NHL gave us a fun day of hockey in July, with more fun days coming. Might as well enjoy it while it lasts.