Baseball is Horrible and Ruined

It’s always funny, in any sport, when playing .500 ball qualifies you for postseason play. 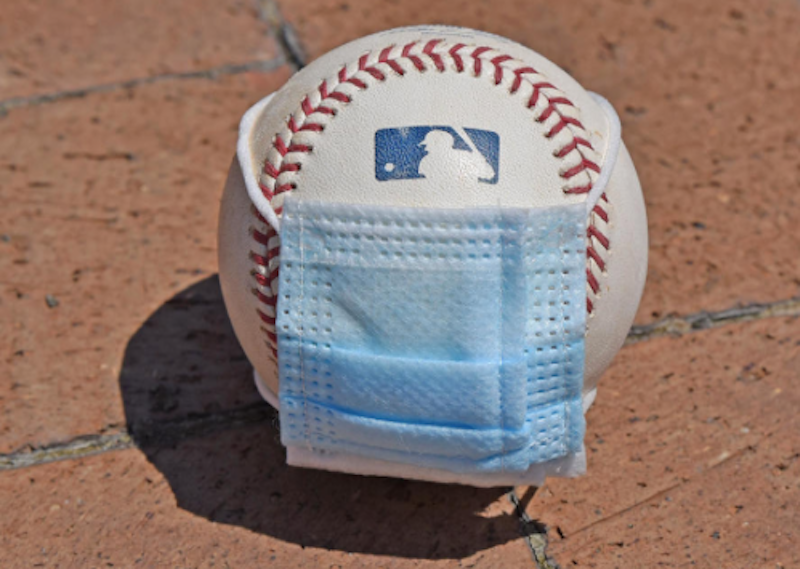 “Bubbles” for postseason are a cruel joke. My Pittsburgh Pirates are the worst team in baseball, yet I still watch them on my phone, PC or old JVC non-flatscreen TV and my wife and daughter look in sheepishly and root for Josh Bell or Colin Moran and know it’ll all be over soon. They’re probably also glad it didn’t start in earnest in April or with a March trip to Spring Training in Florida, which is kind of the norm in this household. The bonus is the Pirates’ woeful performance in this jerry-rigged season will, I hope, get the first pick in the amateur draft next year in whatever form that may emerge as college and high school baseball have been also marooned by this virus. There’s some top prospect from Vanderbilt who’s cherished. Where have I heard this storyline before, Pedro Alvarez? Maybe the villainous agent Scott Boras won’t interfere this time around and tie someone to the railroad tracks, as is his wont.

As most of the games I’ve watched have included scenes of social distancing reminiscent of the French art film Last Year at Marienbad, the whole “bubble” concept for the MLB postseason is hugely depressing. For some reason, Texas and Southern California were selected as sites for the playoff games. Several teams violated protocols during the 60-game spell and none were punished. Allowing 16 teams into the postseason is just as irresponsible as the Marlins and Cardinals farting around with positive tests for a week of postponements. Gov. Andrew Cuomo would’ve been glad to let Buffalo or Binghamton or even Glens Falls host the MLB postseason, but apparently the sharped-tooth Texans got their way, despite their mishandling of COVID-19 protocols.

It’s always funny, in any sport, when playing .500 ball qualifies you for postseason play. This goes against our overachieving reward system in athletic competition. It happens every once in awhile in baseball, somewhat frequently in football, and rarely in pro basketball and hockey.

The past few weeks of spectatorship have involved vast swaths of promotional tarps covering premium seats, jacked-up grounds crew guys serving as ball boys for stray fouls, and field microphones giving fans Harold Pinter-style glimpses of on-field banter between umpires, dugout jockeys and on-deck ham and eggers. I kind of like the audio verisimilitude even with the canned crowd noise most broadcasters have used during the pandemic games.

It’ll be weird seeing Anthony Rizzo bat for the Cubs and not have the Wrigley Field mise-en-scene behind him, or Manny Machado of the San Diego Padres not having the Taco Bell colors of his home park in the background of his grand swings of the baseball bat. So now it’s some kind of travel-team tournament where Gene Hackman gets out the tape measure and shows the underdog squads they can play in the big houses of other franchises. Apparently, Nick Bolliteri’s facility in Bradenton, FL, wasn’t available so we’ll have our world series at Globe Life Park in Arlington, which is 17.2 miles due west of Dealey Plaza in Dallas where the mafia shot John F. Kennedy back in November of the year the freaking Los Angeles Dodgers won the World Series over the Yankees. The stadium is one of three in MLB adorned with moniker of an insurance giant, which is also depressing in so many ways. It has NextTurf and a retractable roof and is the third stadium in the past 40 years for a sandbagging franchise with presidential ownership creds.
Couldn’t MLB have at least rewarded the Baltimore Orioles for their overachievement this season with a post-season venue selection? I guess not. And what of the defending champion Nationals, who reverted back to the team they were in May of last year? They could host a game or two.

The fun money is on the “Slam Diego” Padres, or a Cubs vs. White Sox fall classic. It’d be amusing to see the mighty Dodgers fail yet again, this time on a diminished scale. And maybe President Trump will have to fly into Love Field to attend the World Series to throw out the first pitch and First Lady Melania will wear a pink Chanel outfit and no, I will not go there, Umbrella Man. This is what this horrendous but necessary baseball season has done to me. It has forced me to watch English soccer and baseball on the same days, which is bizarre. Luckily, the Rangers were eliminated from the NHL playoffs early, otherwise I’d be a complete basket case in terms of managing televised sporting event schedules.

Those of us watching MLB postseason will deal with the Pacific time zone accordingly, as well as the blasted Central Time Zone in Arlington, Texas. The cruel reality is that the sport has favored the geography that has produced the majority of our nation’s ballplayers. The West Coast/Sun Belt type of deal has been the norm for baseball talent for the past few decades.
Without fans, sports are reduced to the bare bones of execution. It pains me to see all the empty seats and the canvas coverings. Somehow this is an invalidation of a lifetime of spectatorship, of spending time in the bleachers at Yankee Stadium or The Shed at Stamford Bridge or The Den at Millwall, or the River End at Somerset Cricket Ground, or Dennis Maruk scoring for the Cleveland Barons at the abandoned Richfield Coliseum, or the Johnny Haynes Stand at Fulham’s Craven Cottage in London or that park in Binghamton where I saw Tim Tebow play or Thurman Munson Stadium in Canton, Ohio where I saw Joey “Albert” Belle as a youngster, or Gretzky at the Garden on a shared season ticket, or Three Rivers Stadium in Pittsburgh where I saw Clemente in right, or Municipal Stadium in Cleveland, which is where I first viewed pro baseball in person and was forever changed as I laid eyes on Frank Robinson as a player/manager wearing a maraschino uniform.

The WPA park was bigger than the Vatican and I smelled cigar smoke for the first time. In the name of all of these instances, I pray that the voice of the crowd is allowed to return. Because without it, we don’t have much.