Tennis players are getting older, but some teens don't care. 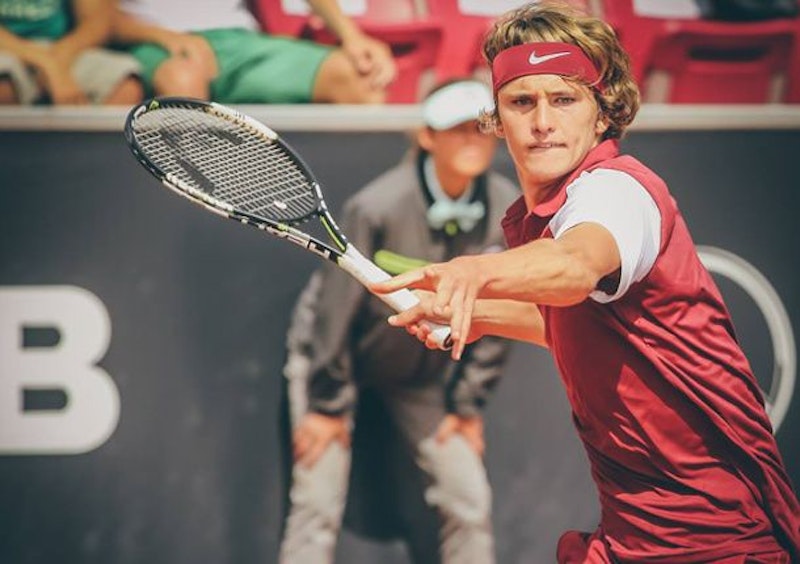 Men's professional tennis is not the game for teenagers it once was. The last teen to win a Grand Slam championship was the 19-year-old Rafael Nadal at the 2005 French Open. In retrospect, it hardly seems possible that 17-year-old Michael Chang could’ve won that same championship in 1989. That's how much the game has changed.

Players are peaking later these days, but there are a number of highly-competitive teenagers on the men’s tour who’re starting to make names for themselves. Curious about what the pro tennis landscape will look like when the current crop of superstars steps aside, I took in this year's Citi Open tennis tournament in Washington, D.C.

Canadian Denis Shapovalov, fresh off his Wimbledon Boys’ tournament championship, arrived in D.C. ready to play his first ever ATP men’s tour match. On the first day of the main draw portion of the event, the 17-year-old Ontario resident faced current world number 102, 29-year-old Lukás Lacko from Slovakia, who achieved a career high ranking of 44 in 2013-2014.

I’d watched Shapovalov practice a couple of times over the weekend preceding this match, and he seemed to have to tools to make the leap to the ATP tour. That said, he's currently ranked number 371 in the world, with total career earnings of  $18,372 on the lower-tier Futures tour. Contrast that with Lacko’s total of $2,382,252 and you get an idea of the discrepancies (at least on paper) on display in this matchup.

Both players held serve until game five of the opening set, when Lacko broke Shapovalov’s serve. The Canadian, showing poise, broke right back to even the match, but he ended up losing the set in a tiebreak. He bounced back to win the second set 6-4 but, unable to keep his momentum, Shapovalov lost the third set (6-4), and the match, to competition-hardened Lacko. He has a beautiful game, though, with a powerful one-handed backhand (a stroke almost extinct in tennis).

The next day brought the match I'd been waiting for, as it showcased two of the most ballyhooed teenagers on the pro tour, 18-year-old Taylor Fritz, from Southern California, and the budding German star, 19-year-old Alex Zverev. Fritz is the second-fastest American to have reached an ATP final, which he did in just his third career event. Zverev, just a year older, is already an established tennis pro with a world ranking of 27, though he's yet to win an ATP event.

Both teens have the height that’s become nearly a prerequisite for tennis success these days. Zverev is 6’ 6” and Fritz 6’ 4”. Neither has filled out yet, but the German is more match-hardened and appeared to have a physical advantage over his 67-ranked American opponent as the match progressed. Zverev broke Fritz's serve in game number three of the match and Fritz made a game effort to break back in the next game, earning five break points against his opponent, but converting none of them. Getting down a break early on in a match is the last thing a player wants to do when up against a more accomplished opponent and Fritz never recovered. He went on to lose the set 6-4. Zverev broke Fritz early again in the second set and took it 6-2 for the match.

Zverev has worked hard to carve out his youthful niche, and he's hardly inclined to welcome company. He wore down his opponent with his heavy hitting, winning most of their exchanges where they pounded balls at each other from the baseline. Fritz missed way too many first serves to stay in the match that way too.

Taylor Fritz, just like Denis Shapovalov, has no reason to be discouraged. It's not that hard to envision him playing Zverev regularly in the quarter-finals of major tournaments at some point in the future, and I'd throw Shapovalov into that mix too after seeing him play just once. Zverev carries the burden of expectations now that many have predicted he’ll eventually reach number one in the rankings, so he must deal with that added pressure. Fritz is America’s current hope. Shapovalov will get the same in Canada. How a player breaks through to the highest echelons in tennis is a mystery, but I wouldn’t be surprised if all three of these teenagers do.