I'm gearing up for some long, hot tennis days. 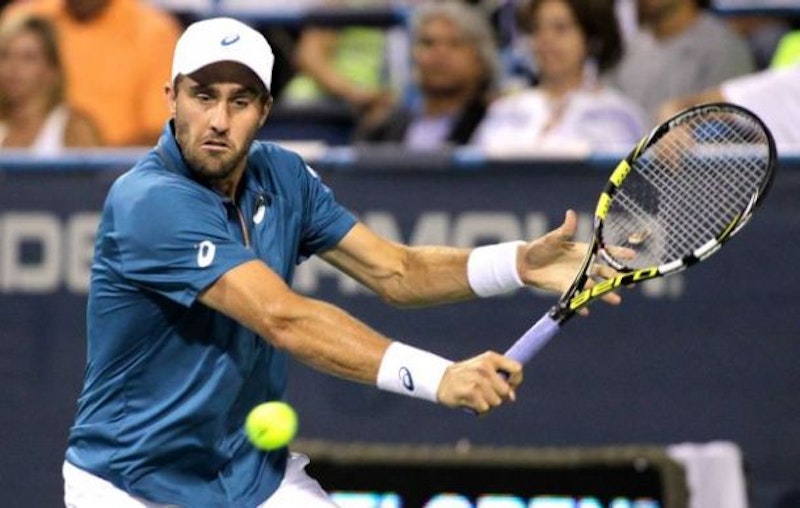 I’ve a particular fondness for the Citi Open tennis tournament in D.C.’s Rock Creek Park, which starts on Saturday, as it's the first professional tennis tournament I ever attended. My cousin David took me when I was 17, driving me down from upstate New York. I thought I might lose him due to heat stroke on that first long day in the summer sun, but he was able to get us back to his place in College Park, MD. I do remember him asking me what we would’ve done if he hadn't been able to drive, as I had no driver's license at the time.

That first pro tournament was a thrill for someone who’d played three years of varsity tennis in high school and had followed tennis fanatically for years. This will be my fourth Citi and the thrill remains. I prefer to watch football on television for a number of reasons, but tennis is different. At a tournament, you can get very close to the players, especially on the outer courts, and the sensory elements that get dampened on TV—the sound of the ball, how the spin moves the ball, the looks on the players’ faces—are on full display.

The Citi, which marks the beginning of the summer hard court season, is part of the ATP World Tour 500 series, the third highest tier of men’s tennis, below the four Grand Slams and the nine World Tour Masters 1000 series tourneys. The “500” refers to the number of ranking points awarded to the tournament's winner. Nine of world’s Top 30 ranked players will be competing in the 48-man draw in D.C.

I always try to pick out a couple of up-and-comers to check out at the Citi. Last year it was Alexander Zverev, a 19-year-old German who many think will win majors eventually, and world number 44, American Stevie Johnson, a two-time NCAA tennis champion who’s made a strong transition into the professional ranks. Zverev isn't in the Citi this year, but I'll catch Johnson again to compare his game now to last year’s.

The new wunderkind I’m going to watch is the 17-year-old Canadian, Denis Shapovalov, this year's winner of the boys’ Wimbledon title who's been granted a wildcard entry into the Citi. Wildcards are awarded to players who don't meet the actual qualifying standards, typically past champions or rising stars. Going from boys to men at the Citi, it will be interesting to see how the young Ontario resident, who took three titles on the lower-level Futures tour this year, holds up. If he gets just one first-round win, he comes out ahead.

World number eight and notable underachiever Tomas Berdych, of the Czech Republic, is the top seed, and he's on my watch list for the early rounds. This year's Wimbledon semi-finalist is a player who’s often still around late in major tournaments, but just can't break through to win one. The Czech "nearly man" is known for his pure ball-striking ability, and timing in the same league with Roger Federer. Gael Monfils, world number 18, is another player whose results have long trailed his pure physical abilities. Known for his highlight reel athleticism and flashy play, some observers feel he's overly enamored with cutting a dashing figure on the court, often to the detriment of his results. The Frenchman is capable of some truly spectacular play though, and I'm hoping to catch him at his flashiest.

The final two must-sees are tennis' current enfant terrible Nick Kyrgios and former U.S. Open champion Juan Martin del Potro. Aussie Kyrgios has a controversy nearly every tournament—he called a member of his entourage “retarded” during a match at this year's Wimbledon—but he's a major talent with the power game of a champion if he can get his head straight. The jury’s still out on Kyrgios, but del Potro, another power player, has had injury problems since his sole major championship in Queens, NY, when he shocked Roger Federer in a five-setter in 2009. His huge forehand is one of the most impressive shots I've seen in tennis, but he needs to work on his backhand, and maybe his commitment too, to get that second major championship.