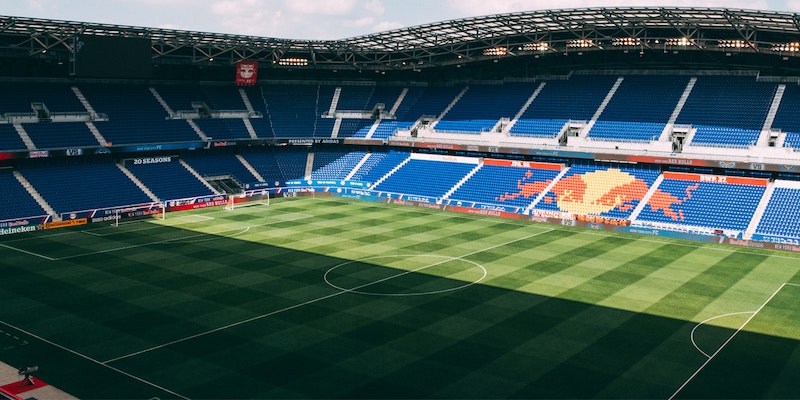 Since the Internet is obviously the answer to everything and nothing, the King Midas of convenience and instant gratification, I turned to it on a Saturday night to check on my things. My Sports things. And this is what I got on Memorial Day weekend, 2020. Team websites are like public relations ventilators if you will. Spin, mixed with themes, memes and home movies. Like my daughter’s remaining freshman year of high school, I will grade the following random sites on a PASS/FAIL scale.

New York Rangers NHL: FAIL. Still posted is the 3-2 loss to Colorado from March 11. Dominant ad on the first page is from Lenova: “For greater workspace efficiency, you need Lenova and IT orchestration by CTW.” Okay, what about the proposed NHL tournament to finish out the season? Top story from news section: “Wall ready to get to work with Rangers” about star NCAA goalie ready to add to the too-many-goalies-on-the-Rangers storyline.

New York Red Bull MLS: FAIL. Lead item is fashion face-off championship among players. Daniel Royer vs. Amro Trek in the Jlab Audio sponsored “Best Dressed Player on the Team” contest. Seriously? Every redneck I deal with in upstate New York immediately denounces soccer for two reasons. They have ties. (“They are called draws,” I always emphasize.) And they claim the players seem gay because of man-buns and dramatic diving in the penalty box. This Red Bulls thing is not helping. It was nice they had a “homegrown heroes” page featuring local healthcare workers, which is steering this all toward the positive. But the fashion show is not the way to go. Their main advertisement is Hackensack Meridian Health, a neighbor of yet another New York sports team playing home games in New Jersey.

Pittsburgh Pirates MLB: PASS. They lead with the 64 historic seasons dream tournament that employs the bracket cliché every franchise has grifted from the NCAA Men’s basketball March Madness model. Okay, it’s hard not to blame them as “bracketology” is a popular go. They Bucs’ site also has cabin fever crafting cures for the kids and the logo guy has switched his bandana from his head covering to a mouth covering, which is kind of clever. The main advertisement is for New Era caps and some sort of Spring Training rubbish.

Chelsea Football Club EPL: PASS. The club owned by a Russian-Israeli billionaire leads with a page about Chelsea’s ultimate team with a vote for the top midfielders of all time. For a club that has been around 115 years these online fan polls become a ludicrous exercise in ageism. There’s a well-done “Pride” video offered on injury-prone midfielder Ruben Loftus-Cheek. Ignored is any news about rape allegations being faced by another Chelsea player with a hyphenated name. That would be Callum Hudson-Adoi, who was also one of the first EPL players to test positive for COVID-19. Ironically, or perhaps not, the main ad on the front page is for Refuge Appeal for “women and children against domestic violence.”

Fulham Football Club EFL Championship: FAIL. Site has the usual trivia quiz and “lockdown lists” from various players very few non-fans would be interested in. Still up is the 2-0 result over Preston North End from Feb. 29 and no big advertiser visible. This for a squad that was on the verge of promotion to the EPL when everything stopped in March. You’d think Pakistani-American billionaire Shahid Khan, who owns Fulham FC, would throw up a banner for his NFL franchise in Jacksonville?

Millwall FC EFL Championship: PASS. Opening page is a reminiscence of the Lions FA Cup final against Manchester United in 2004. It was a 3-0 loss at Cardiff’s big stadium, so Millwall was denied the Wembley creds. Major ads for Amazon and energy drink Carabao on the site. Overall, the site is little more upbeat and flashy than would be expected in South Bermondsey.

Kingston Stockade FC (semipro NPSL side Ulster County NY): PASS. Clean and minimalist website with last update March 30 with the bad news the NPSL season has been cancelled. Nice links to county health department website data about virus. In previous seasons, when I distributed my fanzine in the parking lot of Dietz Stadium in Kingston, I found many people don’t want to take the hand-off freebie because they are germaphobes and don’t like paper. Now, after all this COVID-19 crap, my print publication is doomed. I’ll probably just leave it in local bars when play resumes next year.

Pittsburgh River Hounds SC (USL team a step above my Kingston Stockade): FAIL. The site leads with a perfectly normal e-tournament story about the team being in a final against Phoenix as the video game salve reaches yet another dormant sports franchise. Site showcases “The Howler” blog that has some perfectly boring player Q&As like the one with Danny Griffin. I’ve forgotten it all now and it has only been five minutes since I visited. The RiverHounds are, of course, black and yellow because it is Pittsburgh and Wiz Khalifa and all that.

USTA.com: PASS. The nation’s tennis website leads with a very straightforward lob headline of “What to know COVID-19” and then announces all USTA events are cancelled through May 31. The simplistic theme is carried through the entire site as it explains social distancing advantages for the game. Suddenly the flaming tennis ball logo seems inappropriate for this organization based in White Plains that was pretty close to the New Rochelle COVID-19 champagne fountain that erupted in the early days of the outbreak.

Indianapolis Indians AAA baseball: FAIL. This is the Pirates AAA franchise still getting away with the non-P.C. team name. I’m in frequent contact with this site and the lead page was the mascot Rowdie’s offer to Tweet any fan a custom message for $10 to benefit a local charity. Nationwide Insurance also checks in with a major ad presence on the site, with the theme “The Road to the Show” highlighting prospects. There are also some long online entries from writer Megan Garcia who filed at 12:54 a.m. covering the details of Terre Haute native Tommy John and his subsequent medical history. There’s also a stretch that is a long-form snoozer on former Philllie Scott Rolen who hails from Evansville. Everyone I meet from Indiana is armed to the teeth and obsessed with fellow Hoosiers, except they seem to take a pass on the Rev. Jim Jones, who was born near Richmond, IN.

Columbus Blue Jackets NHL: FAIL. They lead with a Ruoff Mortgage ad. I’ll never forgive this organization as I grew up in the greater Columbus area and they didn’t exist back then and I almost died from boredom and had to settle for Ohio State club hockey. The site has a “check in” with player Vladislav Gavrikov and Fox Sports Ohio brags about a trio of “CBJ Classics” from May 24 to June 2. They also feature the FAQ for the “NHL Pauses Season.” Gavrikov mostly shills for how great the city of St. Petersburg is in Russia in comparison to hayseed Columbus. Hey, Rusky, they ain’t got no Brutus Buckeye over there so don’t get so cocky or we’ll kick your ass, or at least infect you with type 2 diabetes.

Ohio University NCAA Div. 1 Basketball: PASS. My alma mater hooked me on college ball in the early-1980s when Danny Nee was at the helm. The site is featuring Ohio playah Ben Vander Plas as a Distinguished Scholar Athlete (a 3.99 GPA… who screwed him with the A-minus?) I loved this team this season at mid-table in the Mid American Conference. There’s a great photo on the main page of sophomore guard Jason Preston, number 0, doing a lay-up. He was having a killer season under his trademark mushroom cloud hairdo.

Another headline announced rival Bowling Green has dropped D-1 baseball since the virus so who knows what horrors are ahead for the mid-major basketball classes. It’s depressing to see the “CANCELLED” words under the upcoming late-May schedules for the college athletics, especially baseball. So I nervously switched over to the Ohio U baseball site. Whew, still there. Made me think of Wes Harrington, a stud who was ignored by scouts in the 1980s wearing the green of the Ohio Bobcats while he proceeded to break most of the team records set by Michael Jack Schmidt in the previous decade. Harrington’s my version of Uncle Rico from Napoleon Dynamite. He is reclined on the porch step and says, “How much you wanna bet I can throw a football over them mountains?”

Sorry, Wes. We’re all waiting to catch that delicious bass that is pure sport; the mid-week series in Chicago, an overworked but somehow effective bullpen, the annoyance that is third base coach Joey Cora, the gloaming of 1938. Just name your own memory as we stare into space and in the other room George Will’s voice lulls us from a TV monitor.