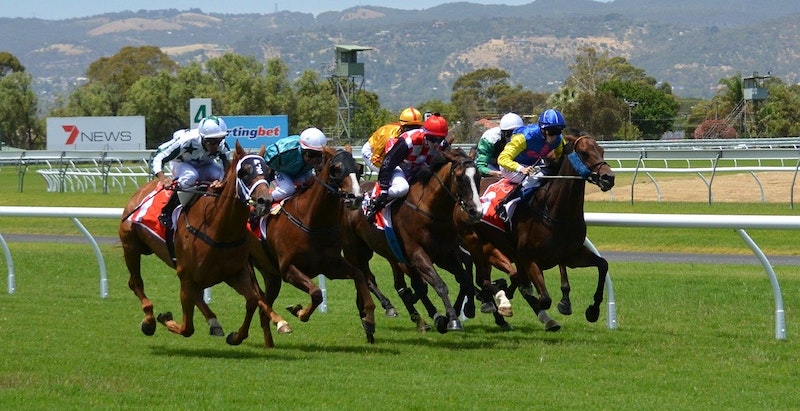 Horse racing existed for many centuries already, but it never went out of trend. It’s one of the most popular sports all over the world and continues to grow bigger until today. It’s why some racing events are still happening towards the end of the quarter amidst the halt caused by the COVID-19 pandemic.

With this, the existence of horse racing has also paved a way to many areas creating world-class horse race tracks. Some of these are produced using state-of-the-art facilities to provide total leisure and entertainment. Aside from that, these race tracks offer hospitality services to all horse racing fans to experience the best racing show.

As such, we showcase below the top horse racing tracks and list of races all over the world. These racing fields do not only propose an excellent architectural design, but they also hold some of the world's most legendary horse racing events. Now, if you’re an avid fan or starting to love horse racing, you can head on to these race tracks anytime.

Churchill Downs is one of the oldest and most famous horse racing tracks situated in Louisville, Kentucky. This racing field was inaugurated in 1875, which already opened its doors for 145 years. Also, the race track is owned and operated by the Churchill Downs Incorporated, where it hosts flat thoroughbred racing in a dirt track.

It’s the home of the Kentucky Derby that will commence on September 5 this year. Moreover, Kentucky Oaks, Woodford Reserve Turf Classic, Stephen Foster Handicap, and Clark Handicap are other races happening in this field.

Longchamp racecourse is a horse racing facility located in Route des Tribunes 7506 Paris, France. This racetrack offers a unique flat racing show that is made up of hills covering the entire 57-hectare to measure the overall agility and talent of each racehorse competing.

The said racing field is established by France Galop and was founded in 1857. Prix de L'Arc de Triomphe is the largest race happening in this racecourse annually. It features three-year-old thoroughbreds, and the winner can take home a purse prize of €5,000,000.

Epsom Downs is another horse racing field celebrated by the British community. It is a Grade 1 racing field located at Epsom, Surrey, United Kingdom. This racecourse operated in 1661, which is owned by Jockey Club Racecourses.

Moving on, this racing facility hosts the most popular Derby racing game in the U.K., such as the Epsom Derby, Epsom Oaks, and Coronation Cup.

Apart from the U.K. and the U.S.A., the Asian continent also has a say when it comes to horse racing events. Meydan City, Dubai, has one of the most prestigious horse racing fields, which is the Meydan Grandstand.

This racecourse opened on March 27, 2010, which features a flat racing show happening in a dirt track. The Dubai World Cup serves as the most significant annual horse racing event in Meydan Grandstand, which holds at least US$12 million purse prize.

Some of the racing events happening in Saratoga every year include Travers Stakes, Whitney Handicap, Alabama Stakes, and Woodward Stakes.

The Tokyo Racecourse opened its doors in 1933. It’s the largest horse racing field located at Fuchu, Tokyo, Japan, that can accommodate at least 223,000 spectators. It’s owned and operated by the Japan Racing Association.

The existence of many horse racing fields gives a greater opportunity for racehorses to compete and earn in a specific horse racing event. Aside from that, sports bettors can expand their way of growing their betting bankroll. If you are one of those horse racing fans that would like to witness thrilling horse racing shows, make sure not to skip the racecourses enumerated above for sure fun.