Opportunities and expectations are diminishing everywhere, even the minor leagues. 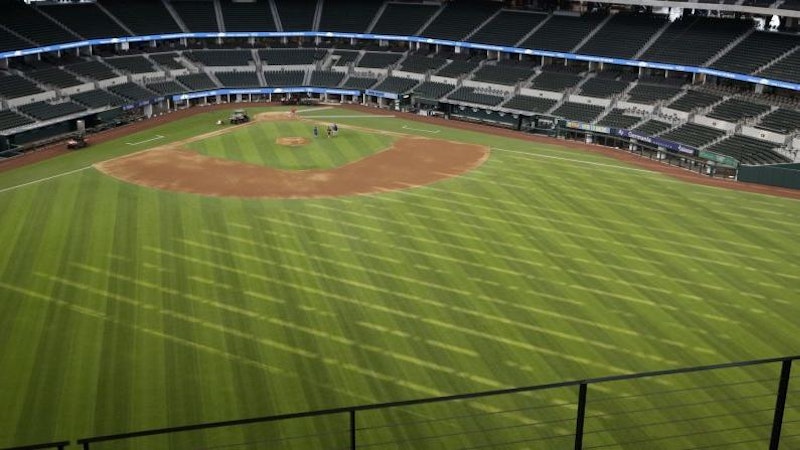 Other than knowing there won’t be a 162-game regular season, it’s hard to say what happens with Major League Baseball in 2020. Will there be 78 or 48 game seasons or no season at all? As of Wednesday morning, there was no indication that MLB would return anytime soon. If it does, don’t anticipate a normal season for the big leagues and the minors.

If it’s no season or a shortened season, there will be fewer opportunities to make it to the majors than in previous years. In all likelihood, everything going on right now is denying players the one opportunity they’d ever had to make it to the big leagues. There are plenty of men who are set for life because of their successful MLB careers but for most that’s not the truth. And for a handful of players every year, a big league tenure is brief.

If you look at any team, there will be a handful of players who finish their careers with part of one season as their only big league experience. Let’s use the Boston Red Sox as an example.

Sometimes, players’ careers are hardly memorable. Mike Miller played a couple of innings in a lopsided game against the Tampa Bay Rays in 2016. Milton, MA native Alex Hassan went one-for-eight in three games in 2014—and had a golden sombrero once. A lot of people probably don't recall Jose De La Torre posting a 6.75 ERA in seven relief appearances for the 2013 Red Sox but hey, he got a World Series ring.

Other times, even a brief tenure can be slightly memorable for diehard fans. First baseman Aaron Bates was on the Red Sox for about a week in 2009. He played in five games and went 3-for-4 with two doubles in his final one before disappearing forever. Carlos Rivero went 4-for-7 with a homer and two doubles in four games for the 2014 Red Sox. He finished his career with a higher OPS (1.911) than Babe Ruth (1.164). Other than his atrocious play at third base, first baseman Mauro Gomez had a few bright moments in an otherwise forgettable 2012 Red Sox season (.275 batting average, two home runs, .746 OPS in 37 games). And there’s the Charlie Zink game from 2008: the Red Sox’ other knuckleballer—not Tim Wakefield or scumbag Steven Wright. Zink pitched 4.1 innings and gave up eight runs, but the Red Sox somehow beat the Rangers 19-17 anyways.

Ultimately, many former MLB players end up going back to living what many consider a normal life. It doesn’t hurt that anyone who spends at least one day on an MLB roster receives access to a lifetime of healthcare coverage—a jackpot in the only first-world country where healthcare isn’t a right to all citizens. Pro athletes are human beings. Back when Will Middlebrooks played for the Red Sox, he told a friend something to the effect of that he was just a guy with a cool job.

A bunch of former players have LinkedIn pages. Zink is the manager of a car dealership in California. Garin Cecchini (2014-2015), the Red Sox third baseman who fielded Derek Jeter's final career hit, sells medical supplies in Louisiana. Jonathan Van Every (2008-2010), a position player who also made two appearances on the mound for the Red Sox, is a project manager for an energy company in Nashville. Abe Alvarez (2004-2005) was a schoolteacher for a few years. And while Mark Bellhorn isn’t a Dunkin’ Donuts franchise owner, two-time World Series champ Doug Mirabelli has a realtor’s license and Pokey Reese runs a trucking company. So who missed out on the opportunity to maybe hit a home run or win a start before going on to push pencils in a few years? No clue. This could’ve been some random players’ best minor league season that earned them a shot at the bigs when their team was hurting for bodies. Now, no team is hurting for bodies. Maybe they will next summer, but that could be too late for some.