Take Puerto Rico Out of the MLB Draft

Inequity in opportunities for young players should eliminate the territory from the league. 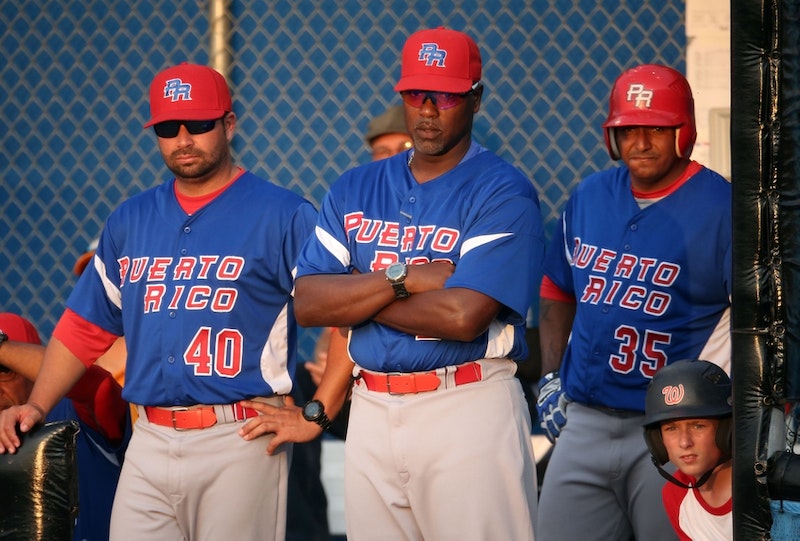 No one knows what’ll happen with the 2020 Major League Baseball season, but the MLB draft is going to look a lot different over the next two years.

In a cost-cutting measure, MLB scaled back its draft to five rounds this year and 20 next year. Normally, it’s 40 rounds. Anyone picked up after that would be an undrafted free agent, and the league’s capping the signing bonuses at $20,000, as CBS Sports reports. I hate the moves because they’re both anti-market and anti-player. It’s easy to complain about how dumb that decision was but if the draft is going to happen this way, here’s one thing MLB should consider: taking Puerto Rico (and other U.S. territories) out of the draft.

Currently, the MLB Draft includes the United States and Canada. Everything else is a part of the international free agent market. Before 1990, U.S. territories were not part of the draft; they were in that international market, so the move would have precedent. Puerto Ricans are American citizens, and I won’t argue if it should be a state or independent or about the impact of the Jones Act or a $15 hourly minimum wage. But the draft doesn’t work the same way for them as it does for Americans in the draft. Here’s why.

Top high school players in the United States often have a chance to sign for far more than what one would expect a player in that same spot to command. Prime examples include 2008 Boston Red Sox first-round pick Casey Kelley and 2011 Kansas City Royals first-rounder Bubba Starling.

Those are two extreme examples, but it’s something a Puerto Rican player could never do—because sports like football, hockey, and basketball aren’t popular there. NCAA college sports are zip in Puerto Rico. That makes the draft a one-time opportunity. There are some players born in Puerto Rico who will move on to play college ball in the States, but it’s not common.

“If you go to school here, and don’t get drafted in high school, the chances of getting drafted are zero,” former Boston Red Sox manager Alex Cora, who is Puerto Rican, told FanGraphs in 2014. “They don’t get a second chance.” Cora’s right. Some of the best players in the game went undrafted out of high school. Guys like Dustin Pedroia, Josh Donaldson, and Albert Pujols. Scouts are wrong sometimes.

Putting all Puerto Rican players in the international free agency class wouldn’t completely fix that problem, but it would give teams more years to look at players. Guys are first eligible to sign as IFAs at 16. There’s an argument that kids should finish high school before signing with teams, but most of those picked out of Puerto Rico are at straight-up baseball academies when drafted. They want to play baseball. Teams could make sure they at least get a GED out of the whole experience.

Again, that doesn’t have as much to do with Pedroia, who likely wasn’t on many MLB teams’ radar at 16. IFAs sign at older ages, too. Rusney Castillo and Juan Carlos Linares of Cuba, and Devern Hansack of Nicaragua were older than 18 when the Red Sox signed them.

We do see players in the international market who MLB scouts whiffed on playing in developmental leagues of other pro baseball leagues. The prime example is Alfonso Soriano, who played a handful of games for the Hisoshima Toyo Carp in 1997—before he went on to become an MLB star. The downside is the foreign leagues limit on how many foreign players can be on their varsity squads. If an American team did that, it’d correctly be called racist.