The NFL remains steadfast in holding its annual draft pick on April 23. 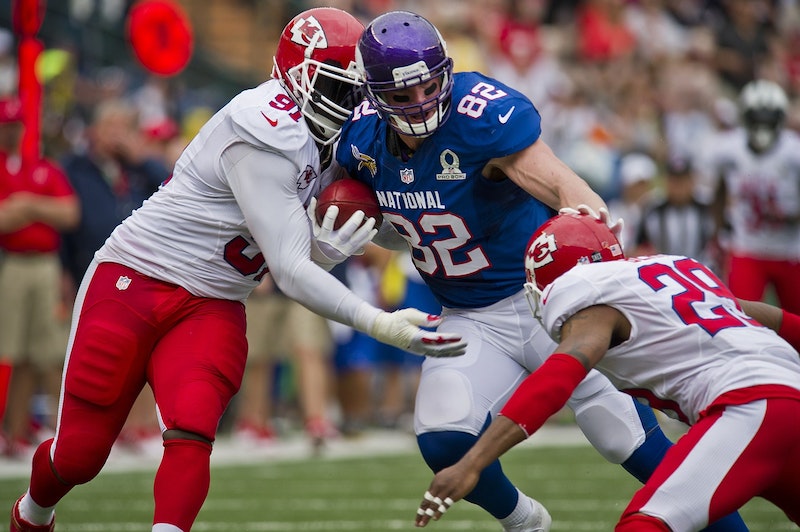 The global pandemic we are currently facing resulted in the shutdown of several sporting events across the nation. However, the NFL is remaining absolute that the draft will still take place on April 23.

NFL commissioner Roger Goodell sent a memo to 32 teams of the league and reassured them that the draft would continue according to schedule.

Because of this, we've listed down the schedule, mock draft updates, and prospects for the 2020 NFL Draft. Read on to find out more.

Because of the COVID-19 outbreak, the NFL canceled all public events. Instead, the teams will make their selections in remote locations after a month of remote scouting. These changes make the 2020 NFL Draft more exciting and remarkable.

The 2020 NFL Draft will still start on its schedule date per usual, and it will again take place in Las Vegas. The draft will begin on April 23, Thursday, in prime time, and run through April 25, Saturday.

The first round would roughly last for three hours. Rounds 2 to 3 will last for four hours, and Rounds 4 to 7 will last for six hours. These different run times are due to the various time frames each team needs to follow per round.

You can also view the draft on multiple platforms and devices. Check out YouTube TV, Sling TV, Hulu Plus Live TV, and AT&T TV Now for live TV screening.

If you are connected with TV devices like Amazon Fire TV,  Android TV,  Apple TV, and Roku, you can stream the draft through NFL App, ABC App, or SPN App.

You can also watch the draft on your mobile devices and tablets via NFL App, NFL Network App, ABC App, and ESPN App.

If you prefer to watch on your computers or laptops, a live stream of the NFL Draft is also available by authentication with participating TV providers at NFL.com/Watch, ESPN.com/Watch, and ABC.go.com.

This will be a unique experience for the teams as well as every NFL enthusiasts out there. The absence of the fans and how the NFL will orchestrate the draft is something we should all see.

There's plenty of prospects for first picks. The progress of each player can be interpreted in several ways. Here are our prop bets for the top 3 picks for the 2020 NFL Draft.

Joe Burrow is a quarterback for the Louisiana State University Tigers. Many NFL enthusiasts expect Burrow to be one of the greatest quarterbacks in history.

Because of Burrow's physical and mental toughness and accurate delivery, he never moved from the top spot of the Tiger's draft board since 2019.

Burrow's leadership skills also flourished during the championship-winning run with the Tigers. He was able to do 60 touchdowns and passed for over 5,600 yards. He also led Tiger's victory in the 2020 National Championship Game.

Cincinnati will surely take advantage of Burrow's exceptional athletic skills and will franchise Burrow under coach Zac Taylor as the team's quarterback.

Chase Young is the Team Captain and the dominant defensive player in college football during the 2019 season.

He was also a finalist for the Heisman Trophy and the unanimous All-American in 2019. Young also won both the Bednarik Award and the Bronko Nagurski Trophy.

Winning three Big Ten Conference awards as a junior, Young is undoubtedly a game-changing destructor that can perform at an all-around level for the team.

Redskins' new defensive-minded coach, Ron Rivera, will surely not refuse the offer to trade back. Getting Young is essential for the team's defensive rebuild.

Mekhi Becton is unlike any other offensive lineman. His massive physique as a run blocker and impressive athleticism makes him undoubtedly worthy of a first-pick.

Becton was the highest-rated freshman in the country by Pro Football Focus during his first four games in 2017.  He also received the first-team All-ACC honors after the regular season in 2019.

Becton can be an excellent balance and can eventually take over for Nate Solder on the left side. His energetic and sturdy frame and swift yet soft movements can be overwhelming for any opponent during the running game.

Continuing the NFL Draft as scheduled can serve as a very encouraging event to look forward to for any sports enthusiast and the country at large. Don't miss the NFL Draft by checking out the information listed above. Also, consider updating your first-pick lists and mock draft before the official NFL Draft begins.