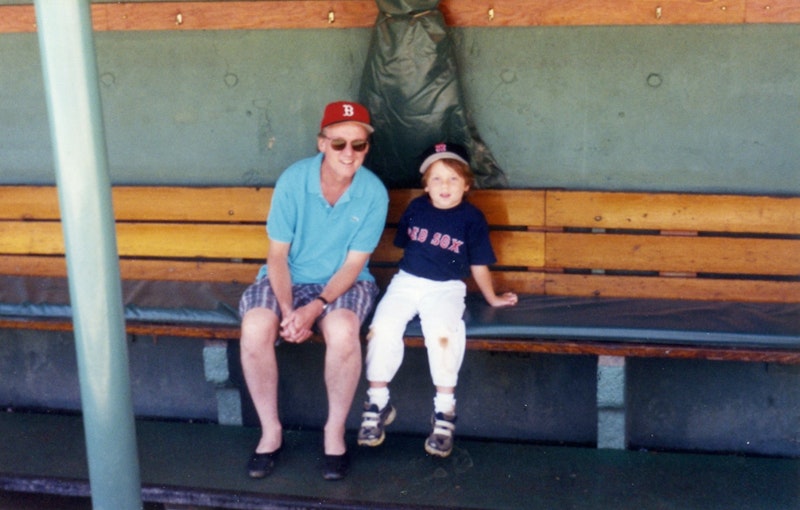 Every other day my son Booker—working here in Baltimore after self-quarantining in his Hell’s Kitchen apartment as his NYC office is of course off-limits—and I will pow-wow about the possibility of some form of a Rube Goldberg-baseball season this year. Depending on the news, we’re alternately optimistic or pessimistic that at least a portion of the games are played. “What’s your smell,” I’ll ask him, and the answer varies.

Last April I wrote a story—which seems innocuous now—about the number of ballparks I’ve attended in my lifetime (22), and hoped to add Cleveland and Detroit. We did have tickets for a July 4th Red Sox series at Comerica Park, but rinsed the trip when it rained all weekend in Detroit. One game, as I remember, was played, but it had a four-hour delay, and that’s too much no-baseball for me. (Or so I thought!)

At the beginning of this year, looking at the schedule I saw the Sox were playing the Pirates at PNC Park (which would be a pick-up, and an opportunity to eat ribs with our friend Oliver Bateman) and figured we’d buy tickets closer to the dates. Good thing we procrastinated, since you just keep hearing horror stories about Americans who booked big trips abroad, Broadway shows in New York and multi-artist music festivals and they’re having a devil of a time getting their money back.

There are no rules about money right now—it’s hard to fault Live Nation for failing to reimburse clients, given the state of the sports and entertainment industries, but that’s little solace to strapped consumers.

Credit card companies are getting antsy: in the past week I’ve received emails and texts from American Express about being a day late on payment of bills that total less than $200. Which burns me, since on one account, I sent a check 10 days before the due date—thanks for nothing USPS, which should’ve been privatized in the Reagan era—and besides, I’ve been an Amex customer since 1985. I’m always prudent about meeting debt deadlines—especially on my small mortgage and, here in Baltimore, the larcenous water bills, since this city’s bureaucracy is so fucked up that there’s no telling that if you miss a payment a foreclosure notice will adorn the front door the next day—but I suppose with so many defaults the banks are going after low-risk customers. And really, I’d rather take the irritating heat than less fortunate people who’ve lost their jobs.

The last time there was no baseball—the latter part of the 1994 season (no World Series) and the start of ‘95—there was plenty of justification for anger. I held season tickets to Yankee Stadium at the time, but didn’t renew for two years after Steroid Ball resumed. (My brother Jeff, a lifelong Yankees fan—a friendly bone of contention between us—had never let a season go by without attending a game, from the Polo Grounds, Ebbets Field and the old Yankee Stadium up to the new venues, but he was so ticked off by the strike that he skipped it until 1997.) Who could muster sympathy for either the owners or very well-compensated players?

In 2020, no such blame exists: COVID-19 is a freak occurrence (one hopes not a harbinger of repeat pandemics) and with so much panic, suffering, death and unemployment, the absence of sports is pretty far down the list of problems. (Even more trivial is my annoyance that a face mask I wear outside fogs up my glasses, or my peeve about social media posters changing their avatars which show them, often smiling, in a mask.)

Still, the hope remains that some kind of season can be salvaged. Owners, players and fans are all in agreement on that, whether the games are played in Arizona and Florida (and maybe Texas), with mixed-up divisions, and a playoff schedule for November that’s conducted in neutral warm-weather parks. No fans allowed? Fine by me: I just want to watch Red Sox baseball. (The above picture, from 1999, shows my son Nicky and me in the Red Sox dugout during a Fenway Park tour hours before the night game.)

In a Wall Street Journal article earlier this week—in fairness, most of the baseball-related stories contain the same information, I just happen to get the Journal, and Red Sox news from the Boston Globe, and read Major League Trade Rumors—reporters Jared Diamond and Louise Radnofsky wrote: “[MLB Commissioner Rob] Manfred has the support of the government to try [to resume play at some point]. President Trump has been actively pushing for the return of sports, even without fans in attendance, signaling that to him, they are indeed a priority. He said last week, ‘We have to get our sports back. I’m tired of watching baseball games that are 14 years old.’”

It’s peculiar that Trump, the President, is watching re-runs of playoff games, but that’s not the point: we know Trump has weird (generous!) habits. I haven’t watched a single ALCS or Series game that the Red Sox won in 2004, 2007, 2013 or 2018; spectacular at the time, but I know who won! I suppose some TV stations are trying anything to entice viewers, and you know that ESPN, for example, is losing its shirt. And that’s just the big guys.

Major League Baseball, as a microcosm, demonstrates how this virus and economic distress is slaughtering everyone who works on one level or another for the game. I shed no tears for owners or players, but think of the ushers, vendors, concession stand cashiers and cooks, ticket-takers, and security guards. And then there are all the retailers—bars, souvenir shops, restaurants, etc.—that are getting wiped out. Here in Baltimore, where attendance for the constantly re-building Orioles is already low, I’d guess a lot of the shops and bars in nearby proximity to Camden Yards will shutter for good.