An Unpretentious Run Across America

Cross Country, a book by runner Rickey Gates, takes you along without sensationalizing. 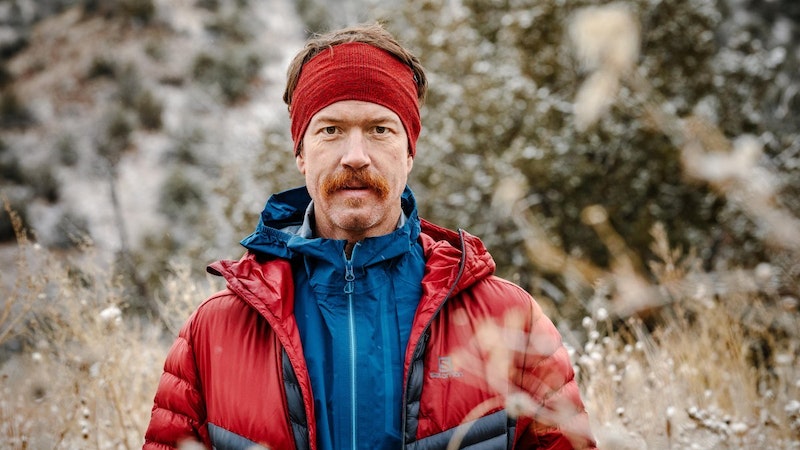 Cross Country: A 3,700-Mile Run to Explore Unseen America doesn’t disappoint. There’s a bit of mystery as to how Rickey Gates, the author/runner, will tell this story but it’s undoubtedly a tale of how Gates runs from point A to point B with all of the adventure in between. He starts off on a beach in South Carolina with intentions of finishing in San Francisco. His journey was sparked by the election of President Trump, but the spark grew into what seems to be Gates trying to find out whom and what America is, one encounter at a time.

One of the most important things to remember in Cross Country is that he’s not in a race. All he’s looking to accomplish is reaching the other side of the trip. The photos in the book are journalistically beautiful, but I don’t feel as though his goal was to find beauty in his subjects. It felt more like putting a face to the name to the story. Virtually every photo was accompanied by a blurb about who that particular person was. I found myself looking forward to finding out who the guy in the pickup truck is and how he’s important to the story. None of those people were important and all of them were infinitely important.

“I decided early on in this trip that I wasn’t going to be afraid of animals or people.” This line was refreshing in that he let the reader know he wouldn’t carry on about some intrepid, life and death, situation over and over again. The plain honesty, presented in such a matter-of-fact way, was perhaps unexpected. Usually, when embarking on such an excursion one can’t resist the temptation to sensationalize every moment. When Gates wrote, “There is an overlooked monotony present in most great adventures. In undertaking a journey that I had hoped could be approached by the ‘every-man,’ I had neglected to realize the change that occurs as a result of the monotony,” he decided that there are parts that will be skipped over that are unimpressive and not worth talking about except as a collective.

One of my favorite books about running is Born to Run, by Chris McDougall. Cross Country is not that. This book is a single event, a non-historical account of what happened to one person on one journey. It is closer to Ultramarathon Man: 50 Marathons, 50 States, 50 Days, by Dean Karnazes. The differences are that Karnazes had a larger audience, a clear goal, and other noted exploits. Gates is telling a story through whatever medium he feels comfortable using, and what he appears to want out of it is along the lines of, hey I’m doing this thing, check it out.

—Jamik Ligon has run 32 marathons and is writing a memoir about running. He is currently recovering from COVID-19.