Cubs fiddle with their roster for this season. 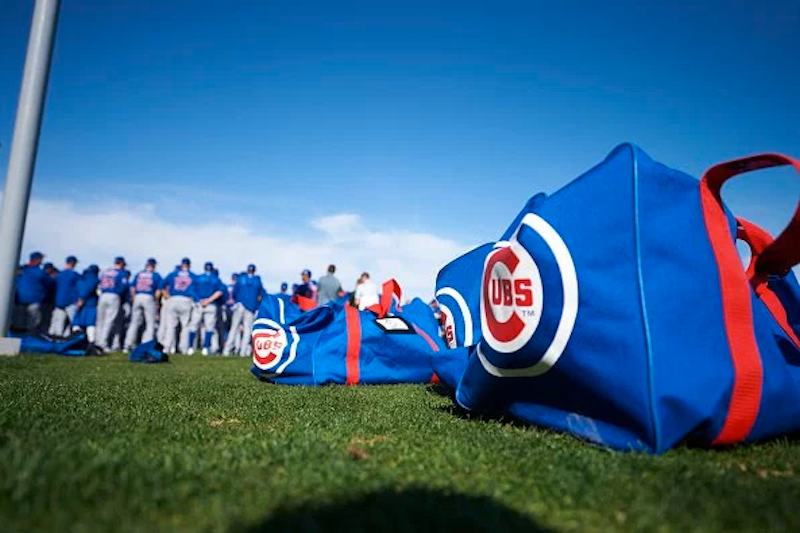 The Chicago Cubs have had a pretty quiet winter save for the parades and parties. The defending World Champs figure to open the 2017 season as oddsmaker’s favorites once again. The Cubs have eschewed major offseason moves, other than the Wade Davis trade, instead focusing on depth moves. The most recent Cubs transactions involve a pair of pitchers coming off troubled 2016 campaigns.

Last week the Cubs signed 29-year-old lefty Brett Anderson to an incentive-laden one-year deal. Anderson missed most of 2016 due to injury. It was a familiar and frustrating occurrence for the southpaw. Anderson has pitched just one full season in the big leagues despite making his debut in 2012. He’s been derailed by an array of injuries. Anderson sparkled in 2015 with the Dodgers when he logged career highs in starts, innings and wins.

The deal with the Cubs guarantees Anderson just $3.5 million in 2017. His incentives are largely tied to appearances. If he appears in 29 games this season he’d max out his contract at $10 million. A healthy Anderson likely means more bullpen time for World Series hero Mike Montgomery. Anderson would fill the fifth starter role vacated by Jason Hammel and Montgomery would replace Travis Wood as a spot starter/reliever. If Anderson’s injury woes continue the Cubs would probably use Montgomery as a starter with left-handers Brian Duensing and Rob Zastryzny battling for a roster spot.

The Cubs made another move on Wednesday when they traded for former Rockies’ top prospect Eddie Butler. The Rockies selected Butler with the 46th pick in the 2012 draft. He flourished for two and a half seasons in the Colorado farm system before stalling out at advanced elevations. Butler hit a wall at AAA Albuquerque in 2015 posting a 6.11 ERA in 11 starts. He was promoted to the Rockies where he went 6-16 with a 6.50 ERA in parts of three seasons.

Chicago sent a low-level prospect to Colorado for the opportunity to have pitching coach Chris Bosio work with Butler. Bosio is largely credited with the turnaround of Jake Arrieta and the maturation of Kyle Hendricks. The Cubs are banking that Butler can be fixed through “Bosmosis,” the popular term for Bosio’s mechanical diagnosis. Chicago may also be hoping that the Cubs’ superior infield defense may boost Butler’s fortunes. Butler’s BABIP has been well over .333 since his promotion to the big leagues, which far outpaces his minor league numbers. Javy Baez and Addison Russell should help shave a few percentage points off that number.