Super Bowl Caps Doghouse to Penthouse For a Pair of Ravens

Ellerbe and McKinnie show their potential. 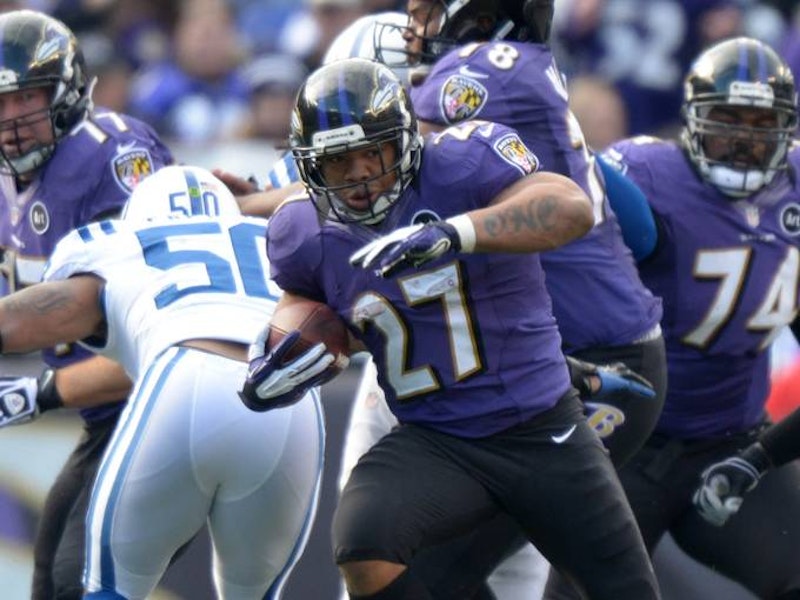 The Baltimore Ravens completed their unlikely run to the Super Bowl with a 28-13 dismantling of the defending AFC champion New England Patriots on Sunday night. The Ravens’ late season surge can be largely attributed to coach John Harbaugh’s willingness to adapt and make decisions in the best interest of his football team. Harbaugh has been criticized in the past for being inflexible and slow to adjust but his maturation as a coach has the Ravens poised to hoist the Lombardi trophy.

Harbaugh’s replacement of offensive coordinator Cam Cameron with Jim Caldwell has received most of the press. Fans and local media had been calling for Cameron’s head for the past two seasons. The timing of the firing may have seemed odd at the time, (Who fires their OC with three games left in the season?) but QB Joe Flacco and the offense have flourished under Caldwell’s command. Harbaugh’s tough decision to axe good friend Cameron looks to have been right on time.

The Ravens benefitted from the play of a number of unsung heroes during their run to the AFC title but the emergence of Dannell Ellerbe and Bryant McKinnie demonstrates their dedication and Harbaugh’s growth. Ellerbe made an impact on the Ravens as a rookie in 2009, always around the ball and playing 13 games as an undrafted free agent that year. Ellerbe’s future was bright, but a series of injuries and indiscretions landed him in Harbaugh’s famed doghouse.

Ellerbe was relegated to bench duty and special teams play in 2010 and 2011. He finished 2011 with just 18 tackles in nine games. I don’t know the extent of Ellerbe’s off field issues but rumors of missed meetings and a late arrival for a team flight have circulated. Regardless, Harbaugh was frustrated enough to plant the talented young linebacker on the bench. When Ray Lewis went down to injury early in the 2012 season Ellerbe was called on to replace the all-time great. The now 27-year-old Ellerbe responded with the best season of his career. Ellerbe not only worked to remove himself from the doghouse but he’s set himself up for an offseason payday as an unrestricted free agent. Ellerbe has made the voyage from immature young player to heir apparent to a Hall of Famer. Harbaugh deserves a great deal of credit for Ellerbe’s progression.

Bryant McKinnie was Baltimore’s starting left tackle in 2011. He reported to training camp in August 2012 a few days late with a strange story about a sore back and a note from his personal doctor. The Ravens were clearly not thrilled with McKinnie’s act but not frustrated enough to cut loose a talented tackle. McKinnie agreed to take a pay cut in order to keep his spot on the roster. Harbaugh quickly placed McKinnie in the doghouse and inserted rookie Kelechi Osemele into the starting lineup. The benching of McKinnie weakened both tackle spots as Michael Oher was forced from his natural position at right tackle back to protecting Joe Flacco’s blind side.

The Ravens finally inserted McKinnie into the starting lineup at left tackle for the first playoff game against the Colts on Wild Card weekend. McKinnie pitched a shutout against pass rusher extraordinaire Dwight Freeney. The revamped offensive line, with Oher back at right tackle and Osemele at left guard, allowed just three sacks of QB Flacco in three playoff games. The emergence of McKinnie, and the flexibility of Harbaugh, may have as much to do with Baltimore’s postseason push as the inspired play of Flacco, impassioned pre-game speeches from Ray Lewis, and Caldwell’s play-calling. John Harbaugh deserves commendation not only for holding players like McKinnie and Ellerbe to a high standard but giving them the chance to work through mistakes. The Ravens are a better team for it.