Even a comments section is superior to Bowden’s “The GM’s Office” column. 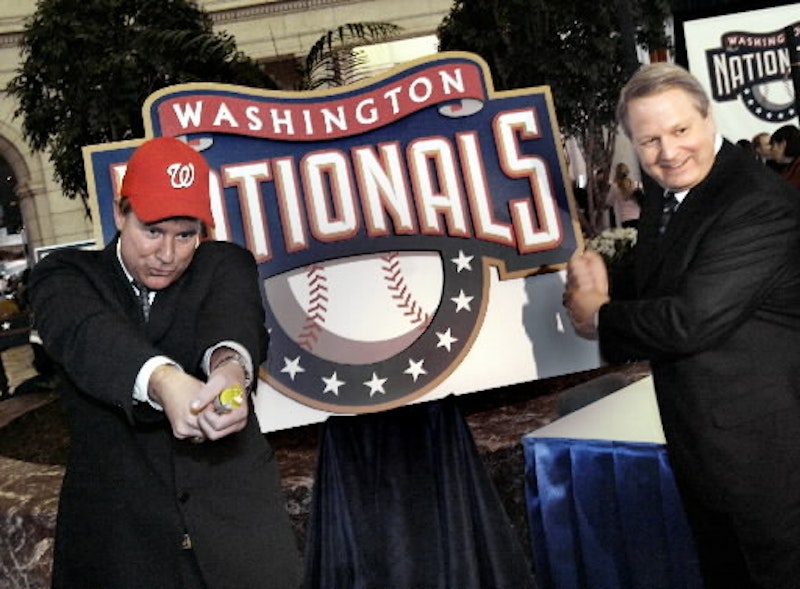 Jim Bowden is a moron. Skip the numerous controversies that muddied his career as a GM for the Reds and Nats; I’m referring to his embarrassing ESPN “The GM’s Office.”

Every week, fans can look forward to a couple of articles in which Bowden shares his curious insights. He writes on everything from preposterous trade scenarios…  to preposterous trade scenarios. I’ve seen more realistic trade propositions on mlbtraderumors’ notoriously ridiculous comments section. Here’s one classic Bowden nugget about why signing Nick Swisher to an affordable four-year/$56 million contract was a bad idea: “[He] has never won a Gold Glove or a Silver Slugger and has made it to one All-Star game in nine years. Also, he's a mediocre defender and has an awful postseason track record, though it's unlikely he'll get a chance to correct that in Cleveland.” I bet the Indians fans loved hearing that one.

Recently, Bowden wrote about why the Yankees will re-make their roster by signing free agents after the 2014 season. He mused that “There could be a complete turnover in the Yankees’ rotation in the next year and a half, with the Yankees perched in the catbird seat.” Justin Verlander, Felix Hernandez, and Clayton Kershaw, arguably the three best pitchers in baseball, will be free agents two off seasons from now, and Bowden says New York is hoarding cash to sign one or two of them. Jim, I think you forgot about the teams that currently employ these three players. It would be a huge surprise to see any of these aces make it to free agency. Verlander, especially, seems intent on signing an extension with the Tigers. The Mariners, too, have been outspoken about their desire to keep Hernandez long-term, and he has reciprocated. If anything, Kershaw is the biggest question mark, but, like the others, I seriously doubt he holds out until 2014 to ink a new deal, mainly because the Dodgers have all the money in the world to give their young lefty.

Why does ESPN still employ this man? I mean, c’mon, when a guy says stuff like “[Red Sox] General manager Ben Cherington [...] had a great offseason,” you can’t really take him seriously. Maybe the company, in an unintentionally ironic twist, sees Bowden as “the voice of a fan,” since his speculation is as about as informed. And, at least notionally, you’d expect more from a man once charged with running two MLB teams to produce commentary that digs deeper than a skim of the headlines.