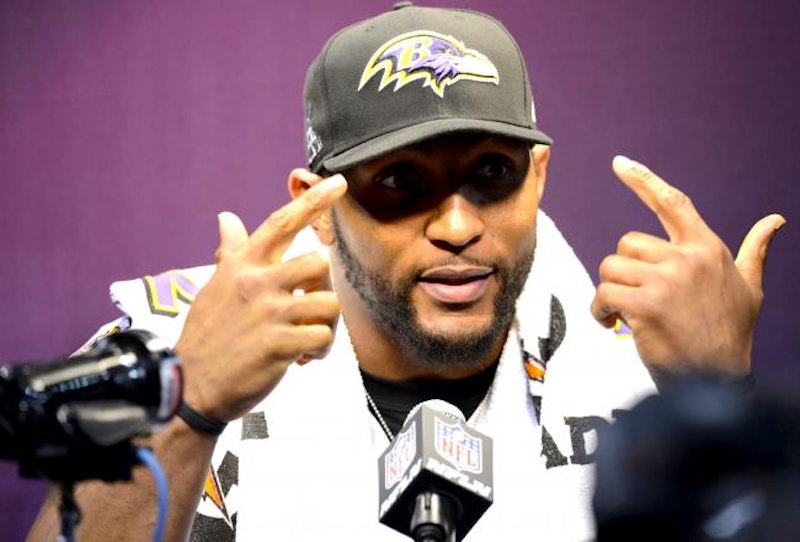 Big surprise: the Baltimore Ravens are the underdog in their Super Bowl matchup with the San Francisco 49ers. The Ravens have relished their role as giant killers knocking off Peyton Manning’s Broncos and Tom Brady’s Patriots on the road in back-to-back weeks. The Ravens will look to slow down Colin Kaepernick and the 49ers on Sunday as they chase the franchise’s second championship. Here are three key areas that could lead to a Ravens’ victory.

The 49ers have the advantage over the Ravens in most statistical categories. The Ravens do have the upper hand with special teams and will need to exploit that advantage to topple San Francisco. Baltimore’s Jacoby Jones has returned two kickoffs and a punt for touchdowns in his first season with the Ravens. FootballOutsiders.com has the Ravens ranked as the top special teams unit in the league. The 49ers come in 20th in the same rankings. The Ravens’ advantage in the return game could set up an interesting field position battle between the Harbaugh brothers. Baltimore’s special teams edge extends to the kicking game as well where rookie Justin Tucker has outperformed 49ers’ veteran placekicker David Akers.

Much has been made of San Francisco’s speed on defense. The 49ers are an imposing defensive unit with Patrick Willis running down ball carriers and Aldon Smith chasing after the quarterback. San Francisco has the second round defense according to FootballOutsiders.com. The Ravens may no longer have speed or youth on their side and may need to rely on veteran guile to put them over the edge. Ray Lewis has drawn much of the attention over the past few weeks as the leader taking his team on one final ride to the Super Bowl. The emotion of Lewis’ retirement announcement has no doubt put the Ravens in the right mindset for this postseason run but it is Lewis’ presence on the field that has fueled the improved defensive play. Baltimore recorded two interceptions against Peyton Manning and another two against Tom Brady in the AFC Championship. Manning and Brady were very cautious of throwing deep down the field, undoubtedly weary of the whereabouts of Ed Reed. Colin Kaepernick, making just his 10th career start, could be easy pickings for the dynamic Reed who has a knack for shining when the lights are brightest. If Baltimore picks off two of Kaepernick’s passes they’ll win the game.

Run the Ball and Work the Entire Field

The Ravens offense has been transformed since the ascension of Jim Caldwell to offensive coordinator. Joe Flacco has played like a man possessed in these playoffs and the revamped offensive line has left the QB with a crisp, clean uniform at the end of each game. Caldwell has put an emphasis on offensive balance, the Ravens have a 51/49 pass-run ration under Caldwell. Caldwell will need to stay patient with his play calling in the Super Bowl as touches for RBs Ray Rice and Bernard Pierce will keep the San Francisco safeties honest and give Flacco a chance to find his receivers downfield. The Ravens have also been more willing to throw the ball in the middle of the field under Caldwell. The offense under Cameron relied on sideline passes to the wideouts and check downs to Ray Rice. WR Anquan Boldin has thrived under Caldwell and been a beast in the playoffs. Boldin caught two touchdown passes in the middle of the field from Flacco in Baltimore’s upset of New England. Flacco also threw a touchdown pass between the hash marks to TE Dennis Pitta in the AFC Championship game. The Ravens will need to continue maintaining balance on offense and working the entire field in an effort to tire the aggressive 49ers defense.