What the Red Sox Are Doing Wrong

Boston’s blown an opportunity to re-trench for 2013. 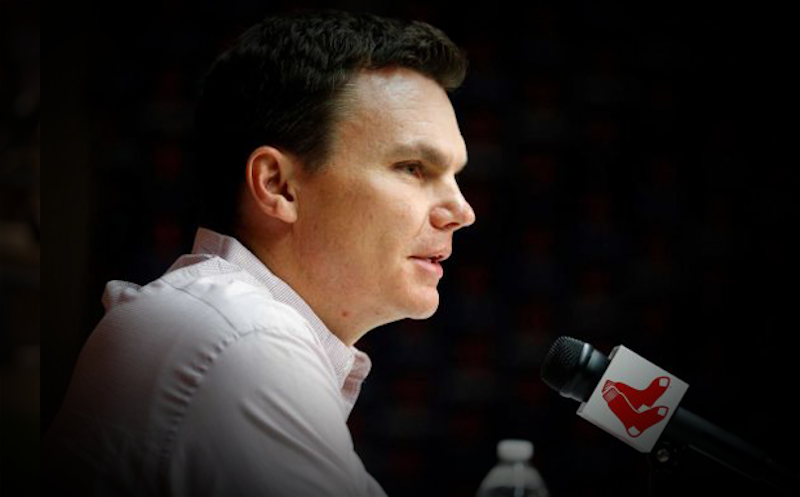 The Red Sox were given a second chance last August. Not at contention, but for fielding a fantastic club in 2013.

The 2012 Red Sox were a messy team. The highest paid players were either injured or ineffective—Carl Crawford, Adrian Gonzalez, Josh Beckett—all of them were disappointments. Jacoby Ellsbury, the 2011 MVP runner-up, played like a sissy all year, or for the portion of the year he was on the field. Manager Bobby Valentine added significantly to the drama, and was instrumental in exiling Kevin Youkilis from Boston. The only guy that was actually doing well, David Ortiz, went down with an ankle injury in July and played in just one more game for the remainder of the season. Jon Lester, the ace that has anchored the staff since 2008, had the worst year of his career. Clay Buchholz still hasn’t lived up to the promise he showed as a prospect and as a major league pitcher in 2010. The team was in shambles.

But after the Dodgers graciously accepted the biggest of these burdens (yes, Gonzalez was a burden, or will prove to be one. His prodigious drop in power after moving from a severe pitchers’ park to one of the friendliest hitters’ parks in baseball is disconcerting), the Red Sox had an out. No more Crawford, Gonzalez, Beckett, or Nick Punto meant that Boston was free, both in payroll and on-field space.

Cherington could’ve made the team younger and more cost-effective, starting by re-vamping the pitching staff. Dan Haren, Shaun Marcum, and Brandon McCarthy should have all been offered lucrative one-year deals, or “pillow” contracts. The Nationals signed Haren to a one-year/$13 million pact, a number Boston could have easily topped. In fact, $18 million for one year would’ve made sense. When a player is tied to a team for only a single season, he has extra incentive to perform because of the desire for a lengthier deal next winter. The Diamondbacks signed McCarthy to a two-year/$15.5 million deal—he would’ve much preferred one-year/$12 million from any other team. And then there’s Marcum, who’s still on the market, and who will likely receive a pillow contract. He’ll provide great value to some club, but it certainly won’t be the Red Sox, because they have filled that hole with Ryan Dempster, an aging right-hander who has never seen success in the American League (albeit in a small sample size). The Royals showed interest in Lester in a trade involving Wil Myers. Instead, after Cherington rebuffed Kansas City GM Dayton Moore, the Rays acquired Myers for James Shields.

The right philosophy is quite simple for a large market team—stick to lucrative one-year contracts to get the best performance out of players and avoid being tied down to a failing former star. After ditching Crawford in an excellent trade, Cherington went out and replaced him with a slightly cheaper version in Victorino. Now the Red Sox are stuck with him for the next three years. Thankfully, the three-year/$39 million deal with Mike Napoli fell through, and it has since been converted into a one-year/$5 million contract, but the fact that Cherington was willing to give him that original deal to him is disturbing.

The Red Sox look to be just as messy in 2013 as they were last season, except they might win a few more games. It would take a good deal of luck for this team to make it to the playoffs—but it’s possible, just look at the Orioles. Still, this offseason has left me with little faith in Ben Cherington.