The Birds ought to steer clear of this liability. 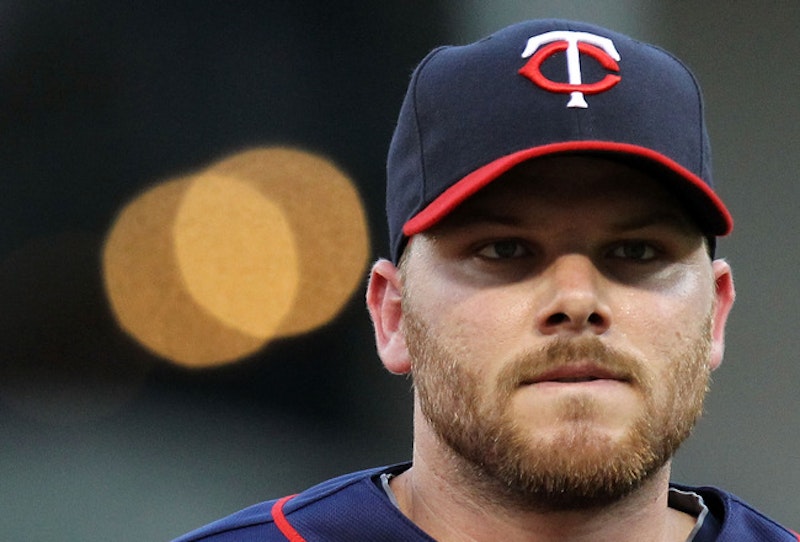 After months of inactivity, the Baltimore Orioles are getting mentioned in baseball's rumor mill. A number of outlets have reported this week that the O’s are interested in acquiring outfielder Jason Kubel from the Arizona Diamondbacks. Could Kubel be the man to rekindle the Orioles' 2013 playoff hopes?

The answer is probably no. Kubel is a solid hitter and clearly better suited for the American League where he can be used sparingly in the outfield. Kubel has had a negative defensive WAR in each season of his big league career. While he did slam 30 home runs in 2012, and would appear to be an ideal DH target for the Orioles, a closer look at the numbers reveals that Kubel hit 18 of those home runs in Arizona's Chase Field, a notorious launching pad. Kubel posted a road OPS of just .757 compared to his .910 home OPS last season. Adding Kubel could be an expensive folly for the Orioles.

Any deal sending Kubel to Baltimore seems unlikely largely because his signing never made much sense for the Diamondbacks. Kubel signed a two-year $16 million contract—with a $7.5 million option for 2014—with Arizona prior to the 2012 season. Arizona GM Kevin Towers signed the defensively challenged Kubel despite the presence of outfielders Justin Upton, Gerardo Parra, and Chris Young on the roster. Towers seemed set on alleviating the logjam earlier this offseason when he dealt Young to Oakland. Towers then turned around a few months later and signed former Red Sox OF Cody Ross to an inexplicable three-year $26 million contract.

The potential asking price for Kubel is anyone's guess. He doesn't appear to have much value but that didn't stop Towers from guaranteeing him $16 million last winter. At this point any team that trades for Kubel is letting Arizona off the hook. Towers has had a strange year for the Diamondbacks; signing Kubel and Ross, trading top prospect Trevor Bauer to Cleveland, and doing damn near everything possible to lower the trade value of potential star RF Upton. The Orioles have some young pitching to spare but to this point Duquette has resisted temptation and passed on potential deals for Mike Morse and Kendrys Morales.

If the Orioles offer to let Arizona off the hook and could acquire Kubel and several million dollars for a middling prospect a deal could make some sense. If Towers hopes to acquire one of Baltimore's young starters in the Zach Britton/Steve Johnson/Jake Arrieta group for Kubel the Orioles should politely decline his advances. Justin Upton would be a huge acquisition for the O's but any trade discussion involving Upton would likely begin with pitching prospect Dylan Bundy. The mention of Bundy is a non-starter for the Orioles.

Dan Duquette has been criticized far and wide for the Orioles’ quiet offseason.

Baltimore fans have heard Ravens' GM Ozzie Newsome talking about "trusting the process" for years and must now do the same with Duquette and the Orioles. Duquette pulled the strings to make the Orioles a contender in 2012 and a panic move for a DH with limited value like Jason Kubel doesn't seem to fit with the "process" of the new Orioles' front office.