How to Watch the World Cup Soccer Draw on Dec. 6. 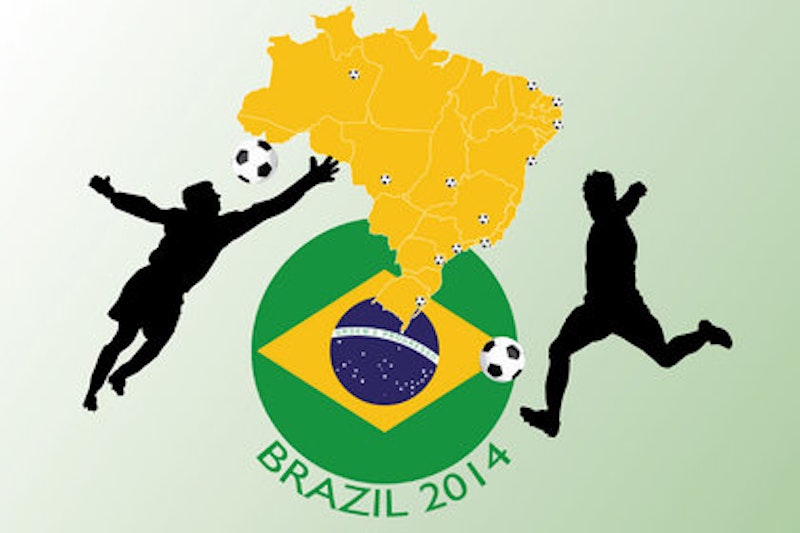 It will be a day of infamy before the date which will live in infamy. It will spark the flames of an international hot stove of speculation about how the soccer fates will play out next summer. It will showcase a sprawling Brazilian resort with high levels of televised cheesiness. It is the 2014 FIFA World Cup Final draw to decide who plays who in next summer’s flagship soccer tournament for interplanetary bragging rights. For the uninitiated, think NCAA March Madness on acid meets the NHL Draft with a community college Quidditch exhibition thrown in. But it has to happen for us to have a World Cup. Yes, the U.S. is in. Comfortably. Of course that means Ghana will be there as well. So is Belgium. So is Australia. France and Mexico backed in. Germany was ready from day one. England qualified despite the hairshirts worn by its national media.

When the States hosted the World Cup in 1994, we had the draw in Las Vegas with a Family Feud style tote board keeping track of the action. In 2006, the all-important draw was held in Leipzig, Germany, with Heidi Klum on hand and was very space age. As usual, (with the exception of Germany in 2006) there is breathless speculation in the European press about Brazil’s “readiness” and “crime problem” and collapsing construction cranes and FIFA deadlines and all that. Fear mongering has become a World Cup tradition. So be it. Brazil is pretty much ready for anything. They were Slumdog Millionaires before it was cool.

The draw organizers have lined up Brazilian singers Alexandre Pires and Vanessa da Mata (among others who are not Rihanna), to be introduced by co-host actors/models on-again-off-again couple Fernanda Lima and Rodrigo Hilbert.

We all remember Fernanda as MTV Brazil’s VJ and star of that country’s weekly comedy talk show Amor & Sexo. Which brings us to FIFA’s slogan for the 2014 World Cup: “All in one rhythm.” One classic FIFA procedural already underway is the official “See you in Brazil” video has been blocked from FIFA’s own website by itself. They instruct online users to instead “watch on YouTube.” FIFA lawyers will no doubt be quite busy banning other official online videos and Twitter feeds up until the World Cup starts on June 12 and finishes on July 13. So here are eight things to watch and listen for during the World Cup Draw show as eventually it aligns 32 nations into eight competing groups. It’s a two-hour show (yikes!) to be seen live on cable television’s Entertainment and Sports Programming Network 2 (ESPN2) Friday, Dec. 6 starting at 11:30 a.m. ET.

1. Pretentious Accents: FIFA executives provide endless fodder for Americans who hate Europe. Their absolute snobbery and arrogance is paraded about frequently in the British press, which means it is largely ignored in the United States. Enjoy looking back at the 2010 World Cup draw in Cape Town when the somewhat lecherous FIFA drawmaster guy felt it necessary to explain to his interlocutor Charlize Theron that the Frenchy cheek-kiss greeting involves “two” kisses. Ouch. Fully expect FIFA executives to show off their polyglot tendencies by speaking native tongue to not only the Ivory Coast dudes but the Bosnia-Herzegovina skells as well. It’s what they live for, especially on live TV.

2. A Wardrobe Malfunction: As if that is not possible in Brazil! Throw in some local entertainment along with a few stiffs from soccer’s marketing world and you have a recipe for live television disasters not seen since Roseanne Barr sang the National Anthem before that Padres baseball game back in 1990. Expect lots of Beckhams and Ronaldo types glamming up the front row at the draw site at the Costa do Sauipe resort in Bahia which is basically paying for what will end up being a shameless infomercial. FIFA said it’s expecting 1300 spectator/hand-picked guests on hand at the resort and 2000 reporters looking on. It would be nice if the legendary Brazilian metal act Sepultura was somehow involved in the pomp and circumstance—maybe there could be cage dancers of some sort? Mrs. Beckham will still want to know if her dress makes her look fat. A little bit of accidental nudity will certainly go a long way in spicing up the winter lunchtime viewing of the draw on the east coast.

3. The Use of “Pots”: Old school World Cup draws involved Intercontinental Hotel lobbies, poster boards on easels, a few planters and a supermodel lifting strips of fortune cookie paper out of giant brandy snifters. Those days are over. Prepare for excessive use of the TelePrompter, garish lighted background graphics on stage sets lifted from Who Wants to Be a Millionaire? and “pots” containing balls to be cracked open like plastic Easter eggs to reveal the team within. These are not “tins” or “baskets” or “basins.” They are pots, and that’s kind of cool. If FIFA were a tad more politically correct, they would use locally-sourced earthenware thrown on the wheels of potters from Amazonas with interesting facial hair and tribal scars and kilns made of emulsified anaconda fangs.

4. Excessive Weather and Travelogue Shots: How many palm tree and beach images will be used as transitions into the many commercial breaks? The over/under is set at 932. Samba references are said to be at 392. The resort has a swimming pool with an island in the middle. Expect logo placement there, or even a remote report done by the rather nerdy ESPN soccer broadcasters. If I were making odds I’d say it is 3:1 that Coldplay’s “Paradise” song is used throughout the show. The production team might even throw in some “Girl From Ipanema” public domain Muzak as an attempt to Don Draper the event with Mad Men charisma. Chances are ESPN’s soccer staff sergeants Bob Ley and Ian Darke will get plenty of action later on the dance floors of the sprawling resort. Chris Berman is probably begging to accompany Ley and hold his jock, or at least his leather coat.

5. When There Is an Official Song, it Usually Blows: The aforementioned boyfriend of Gwyneth Paltrow certainly symbolizes the tendency of FIFA to introduce an horrific official World Cup “song” which will might be saved for a later broadcast opportunity. The World Cup song always smells like the idiocy of the Eurovision Song Contest—a nerd’s night out consumed by a few stateside Anglophiles who may or may not be on bath salts. Most soccer fans already have to suffer through the pomposity of the choir-laden Champions League chamber music foisted on any and all who tune in to UEFA’s annual snobfest.

6. Predictable Commercials: Those same fans who endure the Champions League cavalry choirs also know the endless World Cup Budweiser and Adidas commercials will once again emphasize individual skills by solo “superstar” players who make a living in a team sport. “Wow, that guy from Cameroon can bounce the soccer ball 100 times off his knee, ankle joint, neck, heel and then swing a bicycle kick—all by himself!” Never happens in a game. Sorry, kids, the Harlem Globetrotters will eventually play your town, so be patient.

7. “Jesus Christ, it’s yet another Redeemer statue flyover!” This recalls a hybrid version of an old sports joke: “Jesus saves, but Messi scores on the rebound.” But Messi was offside and diving. One of these days a film crew will topple the Rio landmark due to excessive flyovers. Or is there only one stock footage shot leftover from an early James Bond film? Who knows? It would be more constructive to ponder a Brazilian currency conversion chart, which should put any given sportswriter into a straight jacket when it comes time to settle expenses with the company accountants.

8. Ball Complaints: There is inevitably a minuscule design flaw or extra panel or weight issue with the “official FIFA” ball as the organization remains the only entity to complicate something round that rolls and flies through the air and has since those days 40,000 years ago when FIFA discovered the cave paintings in France. This manufactured controversy at least gives the army of junketing journalists an excuse to interview the goalkeepers. Expect hideous colors and ornamentation, which will further horrify Americans who think every soccer ball has hexagonal black-and-white panels circa 1967. What if the ball wasn’t all new age and zany and actually looked like the ones depicted on grocery store birthday cakes across suburban America? Would that be so wrong? With so much samba headed our way next summer, that old-fashioned somber ball might not be such a bad idea.