Stupid NCAA Rules Were Made To Be Broken

Why can't players sell their own memorabilia? 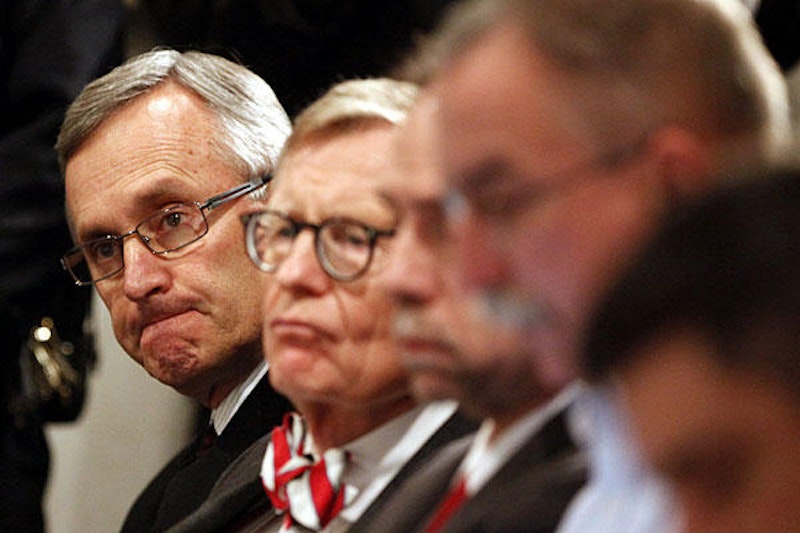 I'm not one of these crackpots making the argument that college athletes should be paid. A four-year ride at a college or university as well as room and board seems like a fair deal to me. Paying college athletes opens up a Pandora's box of complicated issues. You can't pay the men's football team without also paying the men's lacrosse and women's ice hockey teams. The real question is, “What problem are you trying to solve by paying college athletes?” Are we worried about scandals like the Cam Newton story in which Newton's father allegedly solicited payment from SEC schools in return for his son's enrollment? Or the Reggie Bush scandal that involved cars and a beach house as gifts to Bush's parents from an agent. No amount of NCAA sanctioned pay for play arrangement would have derailed Cecil Newton's plans. A couple of hundred bucks as a monthly stipend isn't going to negate the quest for "real money" like Newton's supposed asking price of $180,000 or the Bush's beach house. Paying college athletes doesn't solve anything.

The storm brewing over Ohio State this week is indicative of the larger issue with college sports: the inability of players to profit from their name or likeness. Ohio State head football coach Jim Tressel is in hot water because he failed to notify the NCAA of possible rules violations committed by several of his players. Rightfully so. According to numerous reports, Tressel was contacted by a lawyer before the 2010 football season and notified that some of his players were selling memorabilia to a tattoo artist in return for "ink." Tressel should’ve immediately reported the information to the NCAA compliance officer at Ohio State. He didn't and now he's paying the price with a two-game suspension and a $250,000 fine. It's likely that the NCAA may come down even harder with an increased suspension, additional fines or possible game forfeitures as punishment. That’s fair. There was a rule in place and Tressel and his players broke it. Tressel knew what he was doing when he swept the initial report under the rug.

My question is this: Why can't players sell their own memorabilia? The memorabilia wasn't stolen. It was earned by their exploits and efforts on the gridiron. They didn't trade the goods for something illegal or unseemly like narcotics or sex. They didn't trade autographed footballs for term papers. They just wanted some freaking tattoos and the only thing of value they possess is their celebrity.

The NCAA is no longer simply legislating eligibility but now it's in the business of crushing capitalism. I don't think college athletes should be paid. I think Cecil Newton's attempt to auction off his son to the highest bidder was reprehensible. I understand that predatory agents hanging around impressionable young men is a problem. I think contact between university boosters and prospective recruits should be prohibited unless they had an established relationship prior to the start of the recruitment process. However, once a player suits up and becomes an instant celebrity due to a university's marketing efforts the player should be entitled to trade on his/her own name. The school can use the player's name and likeness in radio, print and television advertising but the player can't get a free cheeseburger or a ride to the airport. The NCAA can exploit players by using their names and likeness in video games but the players can't even accept a free copy of the game they're being used to sell.

The NCAA and its member schools are raking in millions on the backs of these student athletes. What would be so wrong about Tim Tebow doing TV commercials for a Gainesville Honda dealer? Or LaMichael James cutting radio spots for a HVAC service in Eugene? Why shouldn't Duke forward Kyle Singler be able to do print ads for an accountant in return for free tax returns? In that scenario the players would make the endorsement money and not the NCAA or the University and there’s the real problem. The current NCAA policy is not just counterintuitive and un-American; it's stupid. Until the NCAA puts the interests of student athletes above its quest for cash the types of issues that Ohio State is currently dealing with will continue to occur.