Awards matter more than you think. 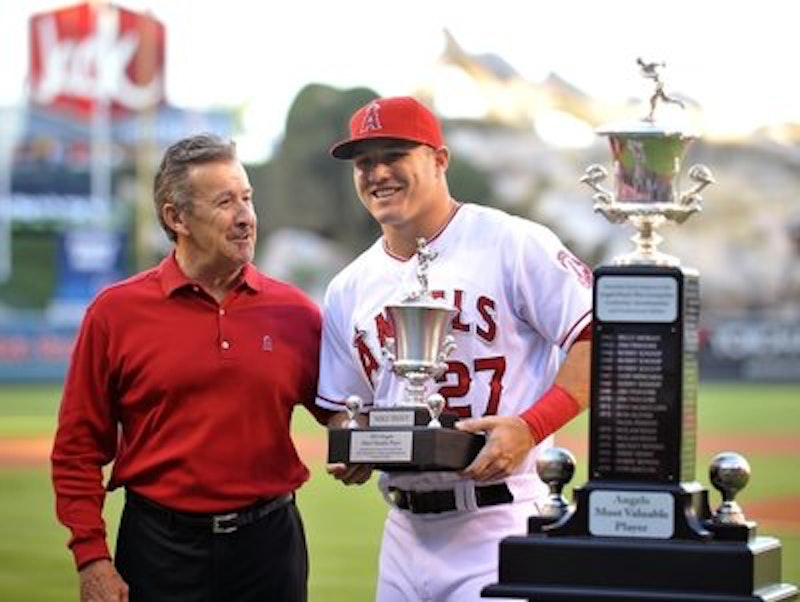 Now that the playoffs are fully underway, sportswriters can stop clogging our Twitter timelines with awards season debates. Really, it just makes them more stupid: Jon Heyman waves around his Sabermetric ignorance like he needs to prove his patriotic loyalty to the tenets of Olde Baseball; to the opposite extreme, Dave Cameron displays his robotically objective persona so brazenly that it's hard not to view him as a Nate Silver cosplayer. Who cares about awards, anyways, besides kids and the players themselves? And aren't those two groups the only ones who should care about irrelevant honors?

That's been my line of reasoning for the last four years or so. I stopped following the interminable MVP/Cy Young debates around my senior year of high school, and now only give a quick glance at ESPN when the awards are announced. I don't mean to invalidate anyone's hobby, but why should a grown man get worked up over whether or not another grown man wins an award? It seems ridiculous to me, a jock version of Oscar season.

And that's how this article was going to end. I would've padded it with filler—enough to hit the 400-word mark, maybe something about Ken Rosenthal's sycophantic tendencies, or Keith Law's hyper seriousness—but my conclusion would've remained the same.

Except my opinion, begrudgingly, changed. Awards do matter; whether we like it or not, they act as a canonizing device, an uneraseable mark in the permanent record of baseball.

As a unit, they combine to form a Sparknotes guide to the season, summarizing the important information so you don't have to do the research yourself. And sure, you might know Mike Trout had a better season than Mookie Betts—you, who plays in a fantasy league, who checks Fangraphs twice a day, who reads about baseball online—but what about your cousin Stan, a casual fan who'll watch the first third of an Orioles game when it's on TV and doesn't know the difference between OBP and OPS? He'll assume Betts had a better season. Further, will you still remember Trout's dominance in 20 years, when easily-Googleable awards will be an even more convenient reference point?

Would Barry Bonds' mid-00s tear be as legendary if it wasn't cemented by four MVPs? Had Pedro Martinez lost the 1999 Cy Young, would his season still be considered the greatest year-long performance by a pitcher in history? Now forget about the Hall of Famers: Does anyone remember who deserved the AL Cy Young in 2005? Because it certainly wasn't Bartolo Colon, with his 4.1 fWAR.

The problem with awards, I realized, is the people who vote on them. Sportswriters—what a depressing group of people, for the most part, lionizing the athletes they fantasize about being; if only they could all write with the same sad self-awareness as Frank Bascombe—see awards season as their one chance to play God in a media landscape that’s quickly forgetting they exist. Take Heyman's justification for choosing Betts over Trout: "If the award went simply to the best player, I’d say it would have to be him. But since the award is for 'most valuable,' and the rules leave open to interpretation exactly what that means, I still think a player’s effect on the pennant race is some part of the equation." Open to interpretation? What? Since when has one player's value been dependent on another? The old platitude "They could have lost without him" made sense when I was 15, but now scans as a traditionalist's justification for voting for his favorite player.

Baseball history will continue to be distorted as long as the best players aren't recognized at the end of the season. So what if Trout wins the next 10 MVPs? He deserves them, and awards ought to act as a reminder.