I’d Rather Not Be in Philadelphia 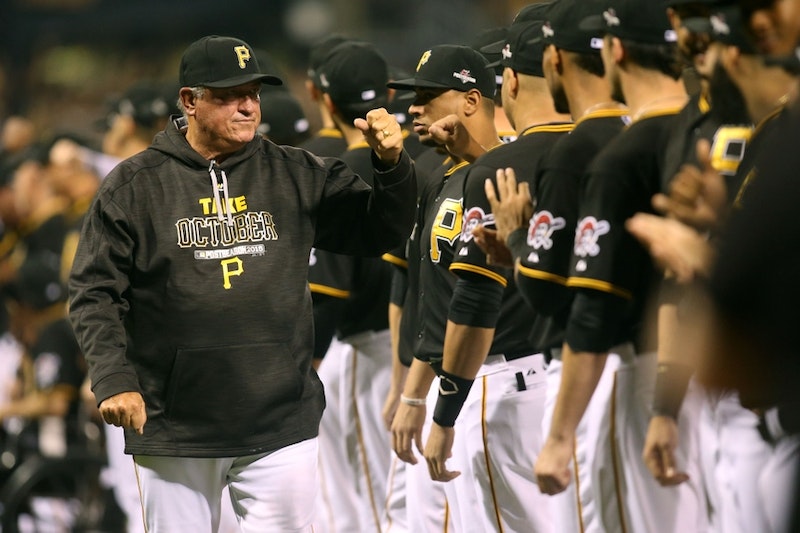 Instead of grasping the opportunity to lurch reluctantly into the second NL Wild Card playoff spot, the team promptly and unceremoniously played themselves out of contention in the worst of ways. Anemic offense, crappy baserunning, errors in the outfield, nightmarish starting pitching enhanced by a band of arsonists coming out of the bullpen, including new failed closer Tony Watson.

Having your team on the cusp of the cusp of wild card qualification is baseball’s version of waterboarding. Fans get the sensation of drowning while waiting for two other teams to lose and possibly two more teams to also lose on the night their team wins. Eventually, the fan on the waterboard chokes on his or her own vomitus, which aptly describes the 2016 Pirates campaign as they desperately claw their way toward .500 baseball as October arrives.

I was looking forward to checking out Citizens Bank Park out there where the Vet used to stand. Wanted to see for myself yet another National League bandbox type of deal and experience the lackluster September bitterness of Phillies fans angry at Ryan Howard and appreciative of Jeanmar Gomez. Many of the youthful players who took the field late in that Spring Training game in Clearwater would no doubt be subbed into action during this mid-week snoozer of a series between two teams that 40 years ago used to hate each other as cross-state rivals. Now they play out the string, as they say, and after three straight seasons of Wild Card hosting, Pirates fans will now have to suffer through a postseason of Denard Span showboating and Yoenis Cespedes overswinging and somehow resisting the temptations of a three a.m. boat ride on the Flushing River. Yes, this should be the additional punishment for Pirates fans who dared to have hope a month ago when the Bucs were crowding in on the Wild Card real estate. I just couldn’t bring myself to effort the Philly trip to see a team corpse drained of the last drops of baseball plasma, with former MVPs consistently striking out or grounding into double plays with runners in scoring position.

The roles are reversed this year among MLB’s two leagues. The American League East is the Toast-R-Oven overloaded with English muffin contenders piled along the eastern seaboard and with one firebrand AL Central entry from Michigan also making some noise. There is hunger in the Junior Circuit. This season the NL has been a sandbag circus where the Cubs will snooze into the postseason and morph into the 1990s Braves and Theo Epstein will continue his role as the Jerry Jones of pro baseball. Do we have to see a shot of Theo with his stupid lanyard and water bottle after every Anthony Rizzo foul ball? Enough already. The Nationals will also sleepwalk into the playoffs and Bryce Harper will have a ruptured hair follicle distracting him and the Dodgers will wonder who will start Game Two and Yasiel Puig will probably bat out of order. As for the San Francisco Giants and their “even year” theories, well, Giants fans can’t have everything, now can they? The second half disaster along McCovey Cove will go down in history as one of the most drawn-out collapses by any professional sports team.

The Pirates had spoiled their fans with the three straight bridesmaid appearances in the NL Central, including the initial home win over Johnny Cueto and the Reds in 2013 in the famous and agonizing one-game playoff. What followed was an ace festival in Madison Bumgarner and Jake Arrieta who dominated the game Pirates announcer Steve Blass had dubbed “The Pittsburgh Invitational.” This year, it looks like the one-gamer will be played in Queens, NY. Get ready for the Tim Tebow sidebars and Curtis Granderson shrines and the Bartolo Colon night sweats and Noah Syndergaard wigs. And maybe a few empty seats at Citi Field.

I’ve been a National League guy since I was a zygote but I have to acknowledge the American League brand sits better on the shelf right now. The Tribe is exciting and trying to keep up with the title-toting Cavs and the National Premier Soccer League champions AFC Cleveland, the Toronto-Baltimore-Boston run scoring syndicate is massive and Seattle, with the same Robinson Cano who was doomed to failure out west by radio blowhard Mike Francesca, is sneaking around during the final weekend. And the Texas Rangers loom as the Red Sox of the deep south, ready to disappoint yet again and build a culture of “romantic” heartbreak filled with their own Chainsaw Massacre versions of Doris Kearns Goodwin and Ben Affleck with perhaps Molly Ivins exhumed and cast as Leatherface wearing an Adrian Beltre jersey? A boy can dream, especially a boy who remembers Jeff Burroughs, Oddibe McDowell and David Clyde and has enjoyed Mike Shropshire’s book Seasons in Hell about many of the whacked out Texas Rangers as a franchise of discomfort stumbling through its formative seasons.

I have a sneaking suspicion that this might be the Rangers year. There will be no David Freese swiping the spikey trophy out of their grasp. There will be no Ron Washington cocaine narratives. No Prince Fielder disappointments. No surly Mark Teixeira and his batting practice obsessions. Sure, there’s the Yu Darvish’s gambling brother storyline, the boatload of one-run victories, the cringeworthy swagger of Carlos Gomez and the longshot “he’s overcome his mistakes” Hallmark card that is reliever Matt Bush.

And if the Wild Card stars align correctly, fight promoters could have a Jose Bautista vs Rougned Odor rematch on their hands if the Blue Jays can straighten up and fly right. Wouldn’t that be a lovely way to liven up American League baseball?