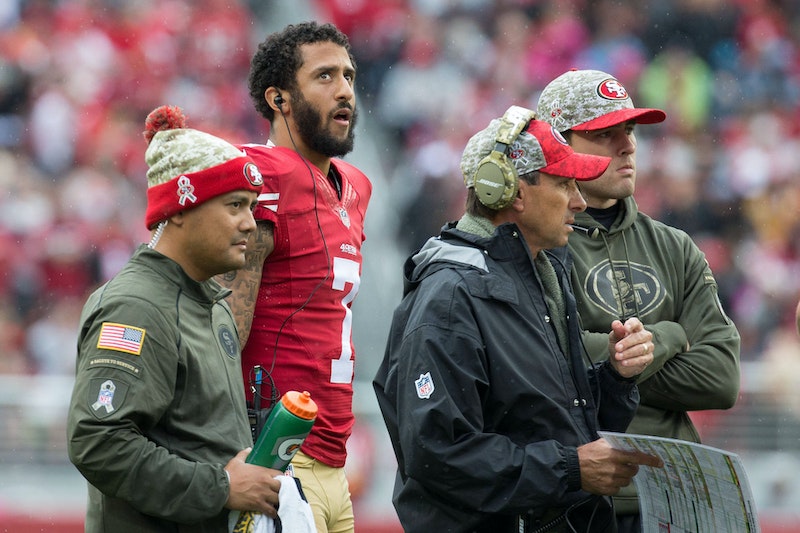 Fans of American professional sports can easily reel off teams when asked to name the worst franchises in all of sports. Hockey’s Toronto Maple Leafs and the NFL’s New York Jets are two contenders, as are Michael Jordan's Charlotte Bobcats and MLB’s Tampa Bay Rays. You’d be hard-pressed to find anyone who’d put the San Francisco 49ers on such a list, as they're one of the most storied franchises in NFL history, but ESPN just named them the worst franchise in all of sports. Number 122 out of 122.

This is tough for us 49ers fans to swallow. We know all about all the team’s recent misfires and performance problems, and the Niners are perhaps the worst team in the NFL this season, but we're now to believe that even perennial laughingstock franchises like the Edmonton Oilers and the Cleveland Browns are superior to the team that's won five Super Bowls and played in one as recently as 2013?

My first reaction was to examine ESPN’s methodology. I saw that “bang for the buck” was important criteria, meaning that the team’s winning percentage is compared to its ticket prices. San Francisco charges top dollar for an inferior product at its new billion-dollar stadium in Santa Clara, but this isn't of much concern to those who watch the games on television. If this, where the team is ranked at 113, were removed, the 49ers would at least he bumped above the very bottom position.

But breaking down the ranking process yields no other positives. The 49ers rank near the bottom in the important categories of players, coaching, and ownership. Over time, a franchise’s success comes down to ownership. 49ers’ owner Jed York is ranked number 118 in this category. That's the heart of the problem.

Putting York’s ineptitude into perspective, it's helpful to go back to the 49ers’ heyday during Eddie DeBartolo Jr.’s 23-year ownership reign. The shopping mall magnate, one of the greatest and most transformative owners in sports history, guided the team to five Super Bowl victories, the most any owner has ever amassed.

No more beloved owner has ever graced the NFL. “Mr. D,” as the players affectionately called him, considered his team family, a new concept for a sport used to treating athletes like well-paid chattel. Everything in the organization was first-class, from the locker room facilities to the team charter flights. DeBartolo made the players feel like they were partners with ownership, working towards the same goal of the Super Bowl every year. His way eventually became the new norm.

DeBartolo’s joy was palpable, and it was great to see as a fan, but his judgment away from football ultimately betrayed him. The slide started when the married franchise owner settled a sexual assault charge brought by a cocktail waitress in 1992 for $200,000. Then it all came crashing down for the Ohio tycoon when he wanted a riverboat casino license so badly that he withdrew $400,000 in $100 bills from a Bank of America branch and handed them over to corrupt former Louisiana Gov. Edwin Edwards at a Burlingame, California restaurant. DeBartolo ended up pleading guilty to not reporting a felony.

Banished from the NFL for just a year, DeBartolo turned control of the franchise over to his sister, Denise. He never returned, though he could have. Denise’s son, Jed York, is now the face of ownership for the team, although she's the real owner. Jed made one brilliant move by hiring proven winner Jim Harbaugh as head coach in 2011. Harbaugh took the Niners to the Super Bowl in just his second season, but he'd earned his position and York hadn't. There was a respect issue between them. One day York slid uninvited into a team meeting and Harbaugh told him it was “for men only.” 49ers’ GM Trent Baalke’s philosophy is to strengthen the team via the draft, but he drafts the wrong players. He had a power struggle with Harbaugh and York took his side. Harbaugh, who led the team to three consecutive NFC championship appearances, was out after four seasons.

49ers fans can now only hope Denise is so embarrassed by the ESPN report that she’ll look for a new position for her son in The DeBartolo Corporation, although that's probably not realistic. Jed’s only job was to keep Harbaugh, and he blew it. Now the 49ers have expensive stadium seats, no franchise quarterback, no offense, no leadership, and no prospects other than a top draft pick. What elite players want to play for the worst franchise in sports?