Every champion falls in time. 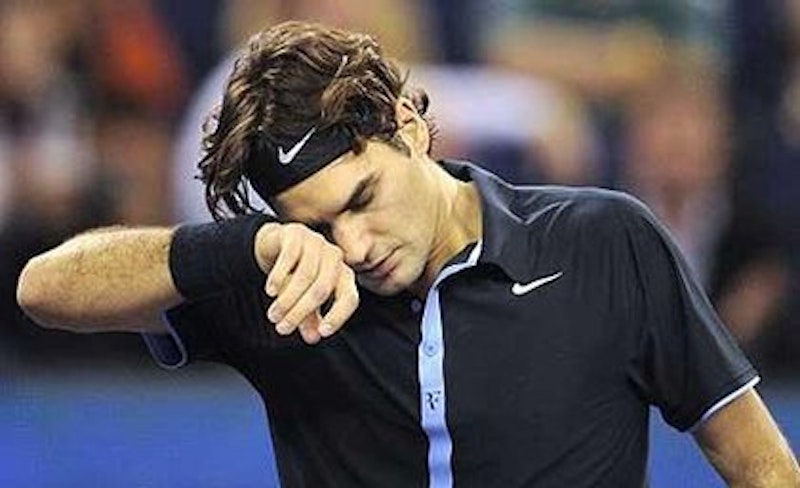 I was 10 when Roger Federer won his first Grand Slam singles title at Wimbledon in 2003. He carried himself with poise, played with variety, and ever since then I’ve cheered for him. Federer is at the top of men’s professional tennis and has become not only one of the greatest tennis champions to ever play, but an invaluable ambassador for the sport.

However, despite his relentless attitude, Federer fell in the second round of this year’s Wimbledon Championships. While his defeat marked the end of a streak of 36 consecutive Grand Slam singles quarterfinals—a record in men’s tennis—the loss stands not only as the end to this unprecedented career achievement, but also the beginning of a new epoch of tennis.

Before too long the legends of today will begin to lose their battle against time. Their reflexes are slowing, their joints are wearing, and their extreme mental capacity is not enough to compensate for the growing cost of age. The legends we’ve known for the past decade—primarily Federer and Rafael Nadal—can’t stay on top forever. Federer’s loss signifies the start of a new era in which current legends are still competitive, but the list of champions engraved onto Grand Slam trophies will be more varied, just as it was in the late-1990s. Sergiy Stakhovsky—Federer’s nemesis this year—is a great player, and statistically upsets such as this one are bound to happen.

As much as it pained me to witness Federer go down in a close four sets, there were few players I’d have rather watched dethrone the seven-time Wimbledon champion this year than Stakhovsky. The 27-year-old Ukrainian journeyman wasn’t even ranked top 100 in the world at the time, but his pinpointed serve and crisp, clean volleys led him to victory over Federer in a refreshing style. In this modern age of tennis, Stakhovsky is an anomaly among the sport’s most recent giant killers.

The game of tennis is changing. With better athletes and more advanced racquet technology comes a physical requirement that tennis has never known. Players are stronger and faster and the once monumental attribute of finesse is outweighed by power. Power is traditionally associated with inconsistency—kryptonite for any competitive player—but more frequently lower-ranked players have been able to pair consistency with power, enabling them to dethrone some well-established champions by merely swinging big from the baseline, an effective, yet fairly boring style to watch. One top-ranked player who has fallen victim to this is Nadal, especially on the grass. Last year he fell in the second round to Lukas Rosol at the All England Club and this year he suffered a first round loss to Steve Darcis—both big hitters. But this was not the case with Stakhovsky. He played a classical game versus Federer with a domineering serve, textbook volleys and a beautiful one-handed backhand.

I’ve rarely seen a player with an upset as large as Stakhovsky’s complete the match without falling on the ground, jumping in the air and fist-pumping relentlessly. The Ukrainian did collapse onto the court, but quickly sprang up and hustled to the net to shake Federer’s hand. Then he stepped back out onto the center of the court and removed an imaginary hat while performing a bowing motion to the crowd. As strange as it seems, this gesture had a uniquely classy characteristic about it. Maybe it was the beauty of the lawn or the timeless backdrop of the All England Club behind him, but it was unexpected and oddly reminiscent of a previous Wimbledon champion who was famous for his bow-and-kiss blowing gestures, Andre Agassi.