Gamble on the Olympics

This may not seem so bright, but hear me out. 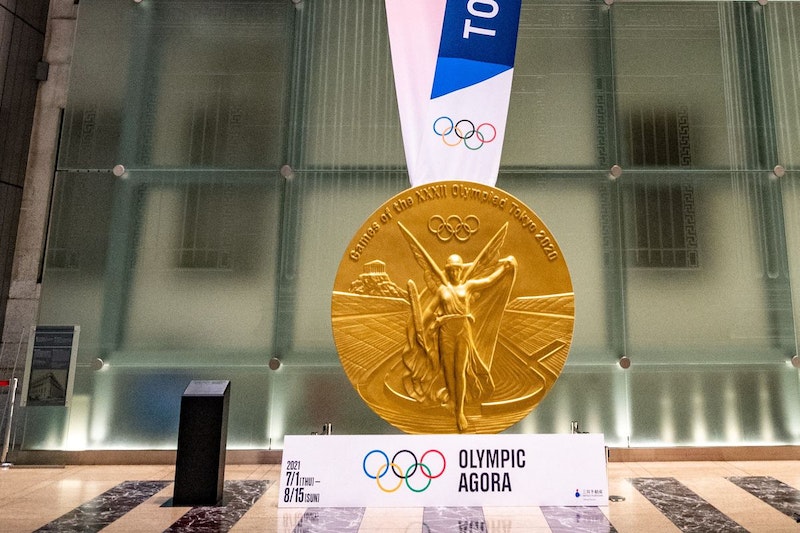 Ralph Kramden had a slew of get-rich-quick schemes. I have one. Gamble on sports. This may not seem so bright, but hear me out. Over the next 18 days, we’ve got opportunities that don’t present themselves often.

The Games of the XXXII Olympiad have begun in Tokyo. There’s a lot of information available for the gambler, should you want to take a shot at the women’s soccer game between China and the Netherlands. Websites show five or six brokers that accept bets on the Games’ events, depending on where you live. I’m in New York, so my choices are limited, but in the end, someone’s going to take my wager. Odds on Simone Biles are pretty low, she’s a strong favorite to win several individual apparatus medals, and has a serious shot at All-Around gold. Research will allow you to find a decent longshot, maybe in Greco-Roman wrestling, or the new Olympic discipline of sport climbing.

There’s another way to keep your interest piqued during the Games. The Great Satan pool is for the Olympics fan who’s looking for some action throughout the fortnight.  Shane Ryan, a brilliant writer from North Carolina, developed the pool several Games back.

The pool’s name comes from the disparaging moniker placed on our country by some unknown enemy. America is, to parts of the world, the Great Satan, and so, in our wagering, we can’t choose any American athletes or teams. Each pool participant must choose 15 different events, and predict their winning country. Limits are further defined by disciplines, meaning once you’ve chosen a swimming event, you’re done with that sport. You can’t choose the Men’s 400-meter freestyle and the women’s 100-meter butterfly. Similarly, the group of events the Olympics calls athletics—track and field—is limited to one choice.

After doing enough research to understand that Poland has a really good chance to win gold in the Men’s hammer throw, poolers need to determine how serious they are about that pick. Your 15 choices, each naming a different country, must be ranked in order of confidence. I think Serbia has a shot to win the Men’s Water Polo Gold medal, but Hungary and Montenegro, who send only 33 athletes to Japan, could easily beat Serbia. I’m only giving Serbia my six confidence.

In order to complete all of the scheduled competition, several sports began games on July 20th.  Players in the Great Satan pool will begin earning points as early as Saturday, when medals in archery, and other sports will be awarded. If South Korea wins gold in mixed team archery, I’ll earn 56 points, because gold earns four times your priority, so 14 x 4 = 56. If the South Koreans get silver, it is 2x the confidence, and bronze earns 1x confidence.

In Rio, there were more than 50 pool players, each of whom PayPal’d $10 to the pool treasurer. I suspect the same or more for Tokyo, and it is likely the top five finishers will cash out.

I don’t know much about competitive sailing, outside of the America’s Cup, but this week I learned about a class of sailing called Laser Radial, a boat sailed by one person. The name comes from Laser Performance, who originally built this type of boat. A Dutch woman named Marit Bouwmeester is favored to win gold in the Laser Radial races to be held in Fujisawa City. She’d better win. She’s my 10-confidence pick.