Red Sox and Royals Are Primed for MLB Draft

A look back and some predictions. 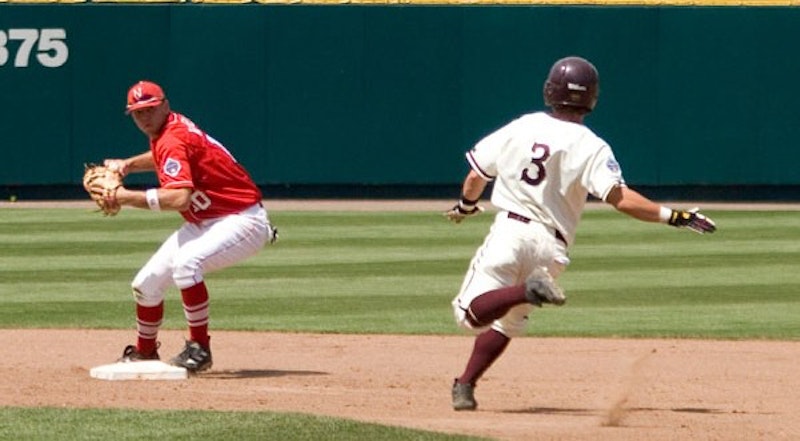 With the Major League Baseball Amateur Draft only 24 hours away, the Hot Stove has been going crazy and mock boards are constantly changing. With no clear number one overall talent, teams are imagining countless scenarios in order to go into draft day prepared. Everything depends on who the Pirates choose with their first pick. But even if a GM doesn’t get his golden boy, there’s a fair chance that he will end up with a stud of some sort, because 2011 looks to be the best year since ’05.

While the Rays and Blue Jays are getting most of the media attention for all the picks that they own in the top 70, the Red Sox have nearly as many, including two in the first round and two in the sandwich round. The Sox made out like bandits last year, selecting Kolbrin Vitek, Bryce Brentz, Anthony Ranaudo and Sean Coyle, all of whom are doing well in the minors. Brentz, currently on the DL, hit .359 with a .414 OBP and 11 home runs in single-A Greenville and earned himself promotion to high-A Salem, where, in limited plate appearances, is hitting .400 with two round-trippers. Ranaudo, also recently promoted, had a rough outing in his last start but the scouts still love what they see. Vitek still hasn’t grown into his power, which isn’t odd for a prospect, but other than that he’s succeeding. Coyle, still just 19, may only be hitting .235, but his OBP sits a whopping .130 points above that, and he already has five homers.

This year looks to be even better. Alex Meyer, a fireballer out of Kentucky, looks to be available when the Sox make their first selection, at number 19 overall. Jed Bradley, another college righty, is also being considered by GM Theo Epstein. Their second pick, 26 overall, is harder to project. Josh Bell is the top contender, according to ESPN’s Keith Law. Bell, a high school outfielder, looks incredibly hard to sign. With a commitment to college, huge bonus demands, and Scott Boras as his agent, other teams are staying far away from the natural hitter. Blake Swihart and Austin Hedges, two high school catchers, are also being looked at, but if they get selected it will most likely be in the sandwich round.

The Royals are in the middle of a good problem to have. Bubba Starling and one of Danny Hultzen, Dylan Bundy, or Trevor Bauer will be available when they choose fifth overall. Starling is the best athlete in this draft class and easily has the most upside, but he’s a high school outfielder far away from the Majors. The other three are pitchers who could most likely fast track it to the big leagues within two years. Hultzen/Bundy/Bauer are all great prospects, don’t get me wrong, but Starling is in a class of his own. And he’s a local kid, to boot. If Kansas City is in desperate need for pitching come 2013, they can always trade him for a starter at the deadline. Either way, teams should never draft on need instead of talent.