Quitting The NFL For The Army Doesn't Make You A Hero

Pat Tillman played professional football for four years before quitting in his prime to join the Army Rangers, turning down millions of dollars. Most people found this a brave display of patriotism following 9/11, but this writer questions how heroic it is to volunteer for an invading army. 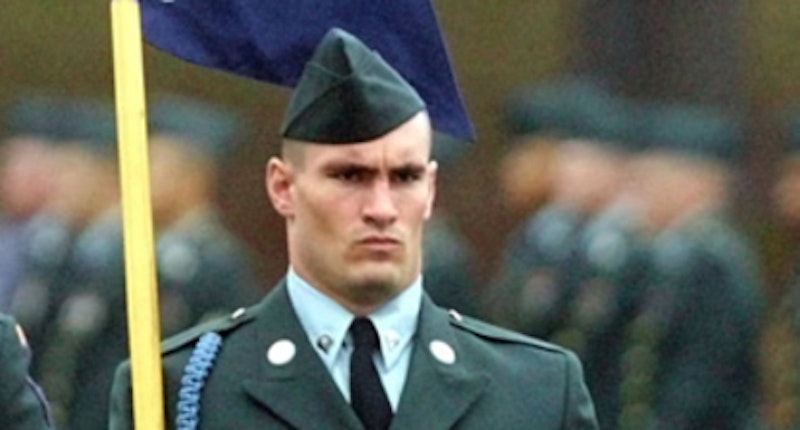 "I've been mystified at the absolute nonsense of being in "awe" of Tillman's "sacrifice" that has been the American response. Mystified, but not surprised. True, it's not everyday that you forgo a $3.6 million contract for joining the military. And, not just the regular army, but the elite Army Rangers. You know he was a real Rambo, who wanted to be in the "real" thick of things. I could tell he was that type of macho guy, from his scowling, beefy face on the CNN pictures. Well, he got his wish. Even Rambo got shot in the third movie, but in real life, you die as a result of being shot. They should call Pat Tillman's army life "Rambo 4: Rambo Attempts to Strike Back at His Former Rambo 3 Taliban Friends, and Gets Killed."

However, in my neighborhood in Puerto Rico, Tillman would have been called a "pendejo," an idiot. Tillman, in the absurd belief that he was defending or serving his all-powerful country from a seventh-rate, Third World nation devastated by the previous conflicts it had endured, decided to give up a comfortable life to place himself in a combat situation that cost him his life. This was not "Ramon or Tyrone," who joined the military out of financial necessity, or to have a chance at education. This was a "G.I. Joe" guy who got what was coming to him. That was not heroism, it was prophetic idiocy.

Matters are a little clearer for those living outside the American borders. Tillman got himself killed in a country other than his own without having been forced to go over to that country to kill its people. After all, whether we like them or not, the Taliban is more Afghani than we are. Their resistance is more legitimate than our invasion, regardless of the fact that our social values are probably more enlightened than theirs. For that, he shouldn't be hailed as a hero, he should be used as a poster boy for the dangerous consequences of too much "America is #1," frat boy, propaganda bull. It might just make a regular man irrationally drop $3.6 million to go fight in a conflict that was anything but "self-defense." The same could be said of the unusual belief of 50 percent of the American nation that thinks Saddam Hussein was behind Sept. 11. One must indeed stand in awe of the amazing success of the American propaganda machine. It works wonders.