The sports media’s fascination with the private lives of athletes has reached a new, and disgusting, level. 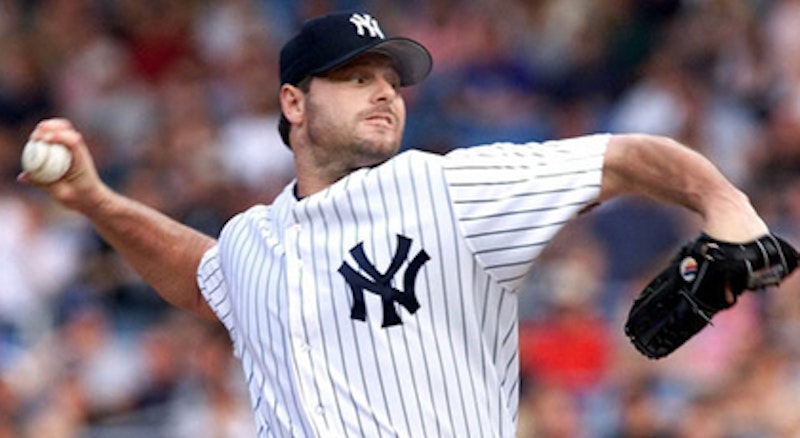 Early in March, I immodestly proposed that President Bush grant amnesty to all baseball players implicated in the still-ongoing steroids/PED “scandal,” reasoning that the excruciating litany of sanctimonious opinions issued by sportswriters—who were complicit, after all, in looking the other way at bulked-up athletes like Mark McGwire and Sammy Sosa in the “magical” ’98 season—was just too much for a baseball fan to bear. Spitballs, greenies, truckloads of booze in the clubhouses, sharpened cleats, betting on games, cocaine, and, most egregiously, the refusal of owners and players to countenance non-white players until 1947, all of this is evidence of an imperfect sport. Had reporters back in the 1920s—when they were paid about the same as most ballplayers—told all the salacious stories they knew about Babe Ruth (who was breaking the law by drinking during the asinine failed “experiment” of Prohibition) it’s quite possible he’d have been booted out the game and wouldn’t, to this day, remain an American icon.

New York’s Daily News has been on a tear of late in its campaign to crush Roger Clemens, issuing daily revelations of his reported adultery and pathological hypocrisy, and the rest of the sports media has been glad to climb aboard the bulldozer aimed at the now smaller-than-life Texan. This is not a defense of Clemens’ apparently reckless and extraordinarily selfish lifestyle—and the allegations of his affair with a teenager when he was a 28-year-old Red Sox pitcher are truly creepy—but I’d rather not know the details. Unfortunately, if you follow baseball as closely as I do, in particular the ups and downs of the Red Sox (thumbs up) and Yankees (big toes down), it’s impossible to escape the almost daily denunciations of columnists posing as priests. Another recent unnecessary “news” story was that Alex Rodriguez passed out while his wife was in labor with their first daughter in 2004. Who cares?

The Washington Post’s Thomas Boswell, revered in the sporting world’s establishment, is among the very worst columnists when he writes about the “scandal,” which is often, but at least last Saturday, upon celebrating the careers of pitchers Greg Maddux, Tom Glavine and John Smoltz, he didn’t touch Clemens’ non-baseball activities. (Boswell, although a snoot of the first order, isn’t dumb: he knows that scores of baseball stars have, ahem, colorful, private lives—just click on the blog “On the DL” to see what I mean—and wisely sticks to the playing field.)

Nonetheless, in plumping Maddux, he begins: “Eventually, your wins, like your sins, will find you out.” He says that “Searching for silver linings in a steroid age is hard work,” and then quotes a self-satisfied Glavine, who won his 300th game last year for the Mets (and also was so horrid in that team’s ’07 September collapse that he escaped back to Atlanta), who said, “We all deserve what we’ve gotten. Maybe people will finally pay attention to [Maddux, Smoltz and himself]. You don’t want to be elevated on somebody else’s mistakes. That’s hard to deal with. I don’t know [Clemens] well... But we have done it right. Hopefully, that will be appreciated more and the three of us will be a better example to kids." A “better example,” sure, at least until some writer digs up embarrassing dirt on the once-imposing Braves battery.

My view, certainly not in the majority, derives from the 1977 public divorce proceedings of Bob and Sara Dylan, which was so ugly—the singer/songwriter was accused of wife-beating—that for a brief time I couldn’t even play Blonde on Blonde. One day, after reading about this muck in Rolling Stone, I chucked the magazine out the window into a trashcan and decided that I’d had enough. So, Dylan was a really shitty person (and slugging Sara took it to a new level), but what did that have to do with my appreciation of his music and undeniable influence on popular culture? Nothing really, not if you put sunglasses on and ignored all the celebrity gossip. God only knows what sordid scabs might’ve been picked at had Internet character assassins like Gawker and the like existed back then.

ESPN’s Keith Keown, perhaps trying to curry favor with Clemens/Barry Bonds arch-nemesis Rev. Mike Lupica, was way over the top in his May 5 story about the man once beloved at Yankee Stadium (The Rajah!), as he wondered whether “hubris” or “stupidity” was the root cause of the defiant pitcher’s “destruction.” Hey, I feel bad for Clemens’ four sons too, but is the following gutter prose really necessary? “Through this ongoing yard sale of Clemens’ legacy, personal and professional, one truth shines through: If it was not for his otherworldly ability to throw a baseball, this guy would be standing behind a convenience-store counter, rubbing his gut and betting his co-workers five bucks he could eat a dozen Slim Jims.”

Or maybe Clemens, not demonstrably stupid if a stupendous egomaniac, might’ve wound up as a sportswriter, betting his colleague 100 bucks that the outspoken and very funny Pale Hose manager Ozzie Guillen will duke it out with Chicago Sun-Times moronic columnist Jay Mariotti by Independence Day.

As for this fan, my hobbyhorses are far more pedestrian. Here’s one: If you’re looking for an example of today’s ballplayers distancing themselves not only from the sport’s history but the spectators who shell out enormous sums to see them play, how about all the jewelry, or “bling,” that’s ubiquitous on any MLB diamond. As a Bosox fan, I’m looking forward to seeing rookie Clay Buchholz, barring injury, become an elite pitcher for years to come. He seems that good. Still, while watching a Sox-Tigers game last week, when Buchholz was struggling with his control, I wondered if it wasn’t because his beanpole frame wasn’t weighed down by the five different strands of junk swirling around his neck. He ought to take a tip from teammate Josh Beckett, who wears one necklace (sorry, fellas, but that’s what it is), which appears to be rawhide, perhaps a souvenir from one of his hunting trips. I have no problem with religious athletes wearing a Christian cross, or, in far less cases, a Jewish star, and most of them keep the chain tucked in their shirt.

Likewise, the Sox slugger David Ortiz—who’ll be lucky to still be playing three years from now, considering all those home cookin’ pounds he lugs around—is embarrassingly ostentatious with all the gold he wears. Which is a shame, since Ortiz (like many Hispanic ballplayers) is extraordinarily generous in dispensing large amounts of money in his native Dominican Republic and is a charity workaholic. Unlike, say, the multimillionaire Derek Jeter, whose future monument in the new Yankee Stadium is already being chiseled.

I also don’t particularly care for the fist-pumping theatrics of relievers Joba Chamberlain and Jonathan Papelbon, the admiring home run gazes of Manny Ramirez, the rash of injuries—pinkeye, hangnails, quad strains—that cause players (and nervous managers) to seek refuge in the disabled list, horrible rock songs played between innings at stadiums, premature “curtain calls” and $6 Cokes straining a family’s budget, but you can’t turn back the hands of time. You adjust. However, the media’s salacious junior high school dispatches on the personal lives of athletes—even if they’re wealthy entertainers—is a far worse disgrace than steroids or blow-up dolls in clubhouses.