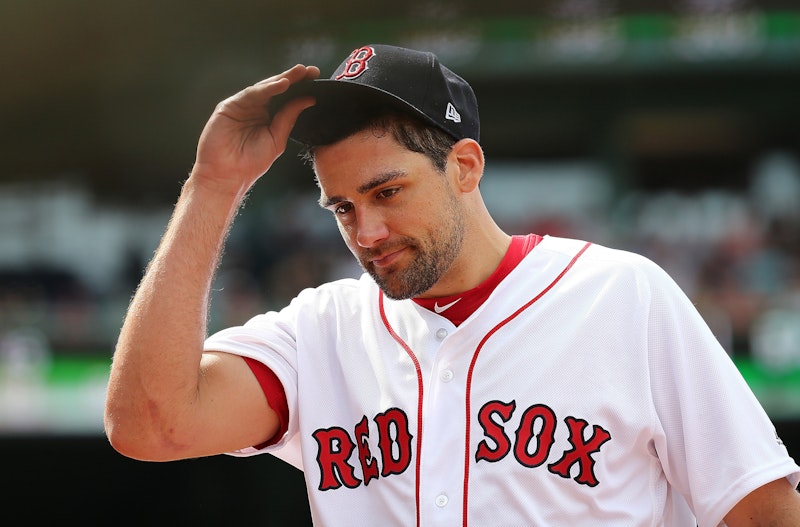 The pandemic shortened the regular MLB season to 60 games, but that’s significantly better than no games at all (if COVID-19 doesn’t shut it down). For those of us who don’t watch TV or movies, it’s great to have something to take our minds off the world’s problems for a few hours a day once again.

An MLB season, for me, means the chance to watch the Boston Red Sox once again. Regardless of how the team performs in 2020, it’ll be great to have the Red Sox back in what’s been a terrible year for the country. This isn’t looking like a banner year for the Red Sox. The team resuming baseball activity last week was yet another reminder of their holes this season, mainly in their starting rotation.

Ace Chris Sale is out after undergoing Tommy John surgery. The Sox dealt David Price to the Dodgers with Mookie Betts, and let Rick Porcello walk at free agency. Both of those starters are former Cy Young Award winners. But Porcello, a sinkerballer known for his ability to eat innings, was one of the worst full-time starting pitchers in the big leagues last season (5.52 ERA in 32 outings). Price had a down year. He posted a 4.28 ERA in 22 starts, raising his career ERA to 3.31. Price won’t pitch this year for the Dodgers because of coronavirus, but I can’t imagine a workhorse like Porcello, who’s 31 and entering his 12th big league season, having another tough year as a member of the New York Mets.

The Red Sox will miss all three of those guys. Eduardo Rodriguez, who was the best starting pitcher last season, tested positive for coronavirus, so he likely won’t be ready for the start of the season. That’s unfortunate, but not surprising. He’s never pitched a full season in his MLB career. The acquired Martin Perez this past off-season. That shouldn’t inspire much confidence. Although he’s 29 and entering his ninth big league season, he struggled in 2018 and 2019.

The other veteran is Nathan Eovaldi, who threw well in the 2018 postseason. The Red Sox then inexplicably offered him a four-year $68 million deal; he’s pitched in the big leagues since 2011, and there’s only one instance where he made at least 30 starts in a season (2014); it’s the year he had a 4.37 ERA for the Miami Marlins—back before the National League had a DH. The hard-throwing righty had a 6.13 ERA in 12 starts last season and a 5.40 ERA in 11 relief outings. I hope he’s feeling good this year because he might be the only other veteran pitcher the Red Sox have in their rotation.

Remember, the Sox need five starters to fill their rotation—in theory. A 30-man roster with an expanded bullpen makes the “opener” gambit feasible but then again, relying heavily on guys who’d otherwise probably be in Triple-A isn’t a World Series-winning strategy. As if the potential front end of the rotation isn’t enough of a problem, the back end is the real issue. Who’s left? Collin McHugh could be a worthwhile restoration project, although he hasn’t been a full-time MLB starter since 2016. He’s an Elizabeth Warren supporter, so don’t be shocked if he opts out of the season entirely.

Now we’re looking at guys like Ryan Weber, Brian Johnson, Kyle Hart, Tanner Houck, and Mike Shawaryn to make starts for the team. Johnson (4.54 ERA in 26 career MLB starts) is the obvious candidate as Shawaryn, Hart, and Houck have never made an MLB start, but tough luck and averaging fewer than five innings per start are issues for Johnson. Weber (5.96 ERA in 11 MLB starts) isn’t the best candidate either. And yet SoxProspects projects that both Johnson and Weber will start the season in the big league rotation—even assuming Rodriguez will be healthy (which he won't be). He

The bullpen is competent, but lefties Darwinzon Hernandez and Josh Taylor both testing positive for coronavirus is a setback. The lineup’s fine. Losing Betts in the Dodgers trade hurts, but the team was fourth in the AL in runs scored last year (901); offense isn't their problem. It’s pitching

FanGraphs projects the Red Sox will go 30-30 this season. That sounds about right. Most importantly for Boston is that at least one game is played, so that their luxury tax level is re-set and owner John Henry can open the wallet for 2021.