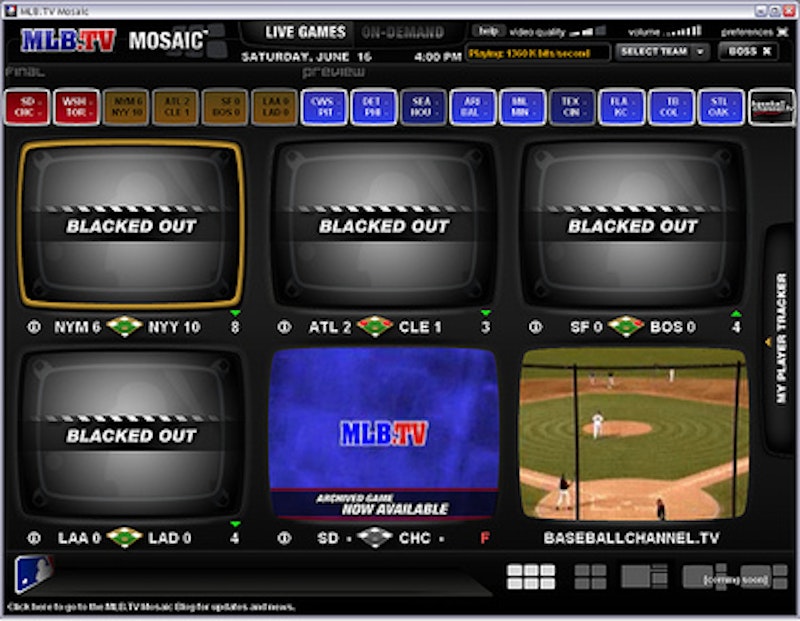 The first round of MLB playoffs is always a round-robin of confusion, with three games often played on the same day, at different times, consequently leaving some fans of contending teams unable to watch the action. Commissioner Bud Selig and his minions, in conjunction with TBS—which has the rights to all the divisional contests—make decisions based on the size of television markets, which is a reasonable business decision, but it still pisses off a lot of people who’ve followed their preferred clubs for 162 games, only to get shut out in the post-season. For example, how many Phillies and Brewers diehards were able to watch the afternoon game yesterday when the Phils’ Cole Hamels dominated Milwaukee’s squad? Bring back the transistor radio!

Closer to home, I was cheesed off that the Red Sox-Angels opener, in Anaheim, started at 10 last night, about a half hour after my son, a Sox enthusiast who wore a Jon Lester t-shirt yesterday, went to bed, exhausted from football practice and his Latin homework. It didn’t please me either, since I don’t like to stay up past one a.m., which I did, only because the Sox took the game 4-1 (thanks to Lester and Manny Ramirez replacement Jason Bay). This is a constant complaint about MLB’s post-season, so no need to elaborate any further.

Instead, what I found fascinating was the array of commercials that ran in between innings on TBS, the bargain-basement cable station that I never watch except at this time of year. In the early innings, there was the usual fare: Budweiser, Miller High Life, Taco Bell, the incredibly unfunny Frank Caliendo (whose impersonation of Bill Clinton is worse than his shopworn George Bush routine) and, strangely enough, constant ads for E-Trade, as if many Americans are doing a lot of day-trading these days.

After midnight, as I was growing weary, TBS switched over to the sleaze. Yes, the “Viva Viagra” ads are shown in prime time, but at one point, right after that spot aired, those still awake on the East Coast were introduced (at least I was) to the wonders of Extenze, a snake-oil penis “enhancement” tablet. I don’t watch television after hours in general, so this was a new one to me, although I suppose insomniacs are familiar with this baloney. Don’t get the wrong idea: I’m in favor of advertising and even get a laugh out of the occasional spot, although I usually glaze over at the come-ons and read or clean up the kitchen until the game comes back on. I’m rather open-minded, but this kind of garbage really seems out of sync with Selig’s professed desire to promote baseball as the All-American sport that no longer tolerates steroids or pitchers brushing back batters. Recently, I wrote about the proliferation of in-game sponsors, and wondered why Rafael Palmeiro would (seemingly) embarrass himself by shilling for Viagra even if the cash payoff was significant.

Who knows, maybe a star player—the thuggish James Shields of the Tampa Bay Rays would be a fitting candidate—will soon accept a hefty check and become the spokesman for Extenze.