The Tigers were supposed to be the team to beat this year, and yet they finished dead last. What happened? 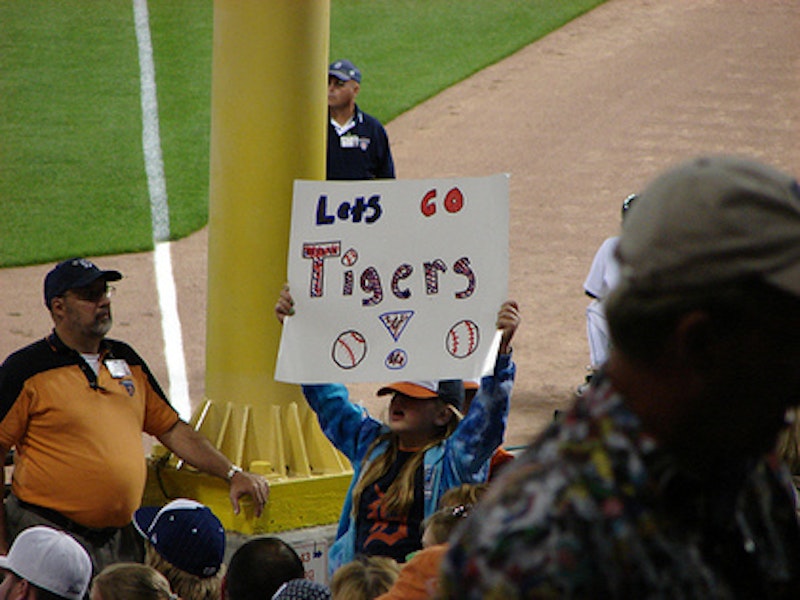 By the statistics, I have watched three of the five worst seasons in Detroit Tigers history, including the abysmal 2003 season when the team was saved from its 120th loss on the last day of the season. Despite all of the changes in the team since 2003, here we are again, in the same exact place that I remember for so many years. Last Place. Last. The Cellar. Are you kidding me?

I wasn’t as blindly optimistic about the Tigers as much of the country prior to the start of the season. I had some nagging questions about the pitching staff—Is Kenny Rogers too old? (Yes); Will Nate Robertson stay consistent? (No); can Jeremy Bonderman emerge as a solid #2? (DL); will Joel Zumaya and Fernando Rodney be able to return from injuries? (Yes! And then struggle. Damn.) I guess I should have seen the warning signs when I started counting down the days until Francisco Cruceta would be granted a visa and ride in to save the bullpen after a 0-7 start. Really? Who? Still, I figured that the Tigers couldn’t possibly suffer from all of these separate struggles. One misfortune is probable, two misfortunes—maybe, three and four could happen, but all of them and a 17 loss season from Justin Verlander and Curtis Granderson’s broken hand to boot? I’m not here to make excuses, but it felt that every possible thing that could have gone wrong during the season did, and it was painful to watch.

Still, relying on defensive optimism I thought this team would turn it around to make things interesting at the end of the season. They even went on a brief mid-summer tear that seemed to indicate that things would get better, but whenever they needed a big hit, or big pitch or right managerial decision the wheels fell off. Maybe this was just the universe re-aligning itself after everything went right in 2006. Hell, general manager/president Dave Dombrowski knew that this team was in trouble by the Draft in June, and definitely knew that 2009 was in jeopardy as well. If drafting college relief pitchers doesn’t scream, “The bullpen is bare in 2009!” then I don’t know what does.

I will not question the aggressive trades in the offseason—they were good moves designed to put this team over the top. Yet the warning signs were there the entire time, just hidden behind a $138 million curtain. If there is one thing that the current financial crisis in this country has taught us, it is that there are such things as bad investments. The Tigers did a poor job of playing the market and got stuck with a bunch of underperforming and non-performing assets. All of their bright spots this season (Granderson, Miguel Cabrera, Armando Galarraga, Magglio Ordonez) were overshadowed by a bad portfolio and brought to the brink of collapse. The questions are, what toxic investments can be shed, what new investments need to be made and are there enough positives buried in this mess to keep “Leyland Brothers” from collapsing long term? I think that there are, but it would really help if they could get in on this bailout.