While bored out of my mind. 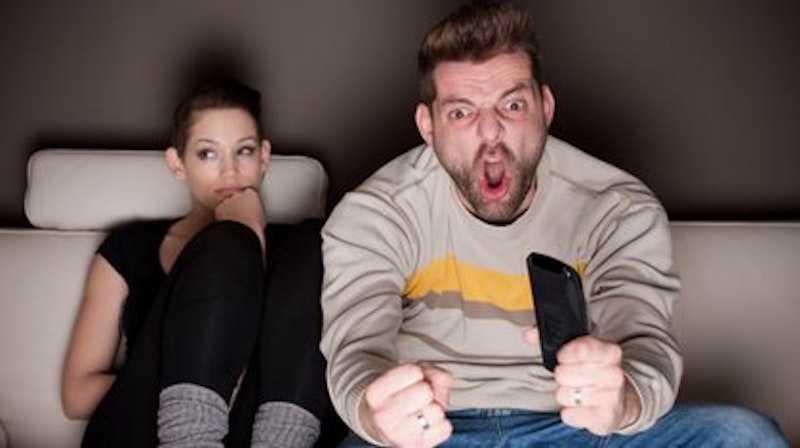 I’m clueless when it comes to watching football. I don’t understand the game and admit it. Last year around this time, I made an earnest effort to understand the NFL. I began outlining the rules of the game in a spiral notebook, starting by writing down the number of players and their positions, not unlike a chapter from Football for Dummies.

That lasted for about a page and a half before I got bored. It’d be nice if I could sound like a badass and correctly identify a first down or a personal foul, but the truth is, I can’t and have no desire to.

When growing up, my father and older brother were big fans of Tom Landry. I didn’t really sit and watch the game but I do remember Landry standing on the sidelines wearing his trademark Fedora and being stoic. He looked more like an everyday businessman than a coach. To this day, I tell people my favorite team is the Dallas Cowboys. It might have something to do with the fact that my Dad liked them but I think it has everything to do with the fact that they always have the sexiest uniforms in the league. Call me shallow. If two teams are playing and I have no personal affiliation with either, I root for the one with the hottest quarterback. This simplifies things for me.

In years past, I’d just sit with my husband and son and mimic whatever emotion they displayed and feed off them. If they cheered, I cheered. If they got angry, I put on my sad face. I’ve also learned to keep the conversation vague and make innocuous observations like “Great catch.” I did see a player make a phenomenal 40-yard grab the other day, do a forward somersault and then land easily back on his feet. Now, that did get my attention, but every moment of the game isn’t that exciting. Sometimes, I use key phrases I’ve learned without having to actually understand the plays that occur like,“Wow! Awesome interception,” after I hear it from the announcer. My son taught me what it means to be sacked and this phrase seems to come in handy.

My idea of a Sunday afternoon is not snuggling up on a couch with a warm blanket for six hours watching football. And if women decide to do this, remember, there can usually be no PDA’s during the game. Especially if there are other guys around. Don’t rub his head, scratch his back or try to hold his hand.  If I’m not watching the game, out of courtesy, I pop my head in every now and again and ask, “What’s the score?” Typical girl move.

I see the logo “Real Women Love Football” and I get it. A lot of the people who wait anxiously for the start of football every year are women. The NFL has stepped up its marketing to women and that’s a smart move. Women comprise over 44 percent of the NFL’s fan base. Women also spend 80 percent of all sporting apparel dollars and that’s expected to grow in coming years. I’m not going to don a team jersey anytime soon, but I’ll keep cheering on those guys with those tight uniforms and enjoy the fact that all I have to make for dinner is hot wings.