A promising rookie gone too soon. 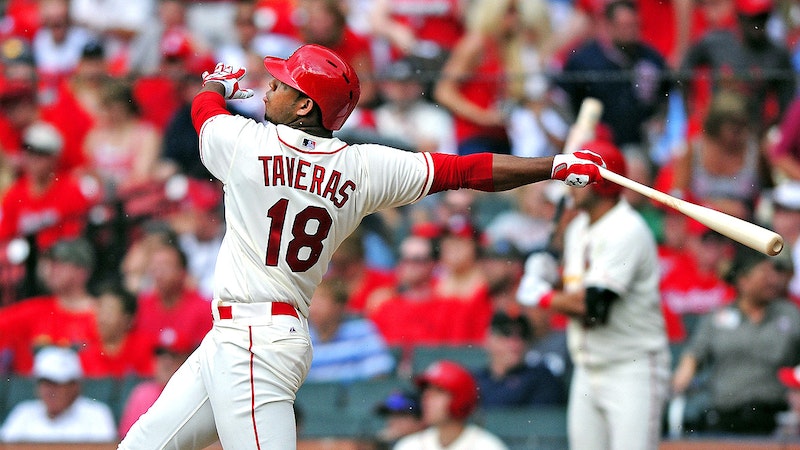 Reality: Taveras was named the 74th overall prospect in baseball by Baseball America in February, 2012.

Fantasy: June 20th, 2012: I added Oscar Taveras to my fantasy team, with visions of racking up points.

Fantasy: In my keeper league, I kept Taveras in February 2013, knowing he might not make the majors in 2013, because of his age.

Reality: In May of 2013, Oscar Taveras suffered an ankle sprain. He thought he could play through the pain, but the ankle nagged him. He rested the ankle in late June and July, and finally had surgery on the ankle in August 2013, ending his season.

Fantasy: I kept Taveras again in February 2014, hoping his ankle would heal. The ankle injury had nothing to do with his magical bat. Cardinals fans remained steadfast in the belief that Taveras would become a fixture in their lineup.

Reality: Taveras began 2014 in AAA with Memphis. Many fans felt he should be starting the year in St. Louis, as their right fielder.

Reality and Fantasy: On May 31, 2014, Taveras was called up to play his first major league game. The Cardinals faced the Giants in St. Louis. Taveras hit a majestic home run in his second major league at-bat.

Reality: Taveras struggled in his first 10 games after the homer, and was surprisingly sent back to AAA Memphis in mid-June, when first baseman Matt Adams returned from the disabled list.

Fantasy: As with so many young hitters, patience was required for those fans and fantasy obsessives.

Reality: Taveras was brought back up to St. Louis on July 1. He continued to struggle as many rookies do. In 65 July plate appearances, he hit two doubles, one homer, and managed only a .222/.246/302 batting line. You know what feels absolutely ridiculous? Thinking about those insignificant numbers in the wake of the tragic car crash that killed him on Sunday in his native Dominican Republic.

Without my obsession with fantasy baseball, Taveras’ death would be sad. A tragedy. A potentially great baseball player is gone far too soon. Because of fantasy baseball, Taveras’ death is only slightly different. I spent a small amount of time imagining Oscar’s baseball journey. I imagined him as one of the faces of baseball in 2020, crushing home runs in glorious fashion, helping lead my fantasy team. So I fantasized about a fantasy. For a few minutes here and there, anyway. As a baseball fan, thinking about future prospects is a bizarrely addictive experience. We put our dreams onto players in ways that create unrealistic expectations and warped realities. In other words, we create fantasies and attach names to them.

Two weeks ago, on October 12, the Cardinals faced the Giants in the National League Championship Series. The Giants had won the opening game. In Game 2, Taveras came to the plate as a pinch-hitter in the seventh inning. The Giants led, 3-2. Taveras was facing reliever Jean Machi. Raindrops fell steadily on that St. Louis evening. A drive down the right field line. Majestic. As the ball dropped down into the right field stands, the Cardinals faithful leapt to their feet and let loose their joy. Taveras tied the game. The Cardinals would go on to win the game in the bottom of the ninth. Kolten Wong, another prospect, would homer. More joy for the Cardinals in walk-off fashion.

The Giants went on to win the next three games of the series, and continue their October streak in the World Series against the Royals. The Cardinals’ season ended. Taveras went back to the Dominican Republic. His first October home run will be his last. That’s the reality. RIP, Oscar. Maybe I’ll keep you on my fantasy team forever.