An Open Letter to Russell Martin 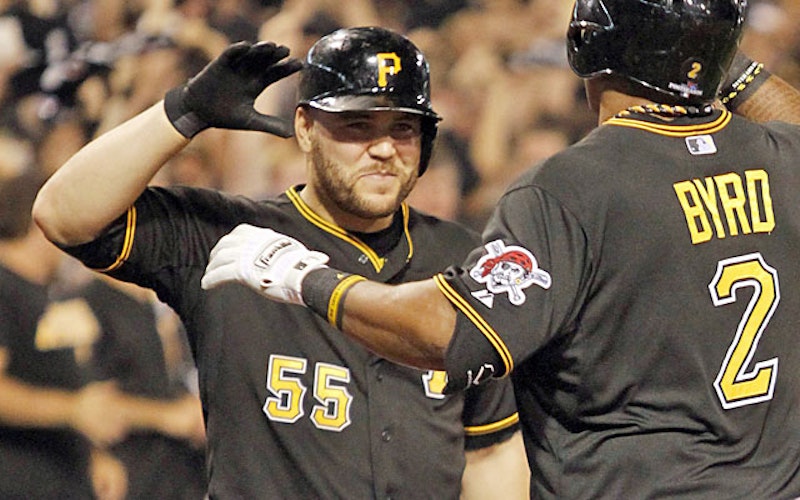 Dear Russell Nathan Coltrane Martin: Joe Maddon can’t pitch. He doesn’t have a cutter, a four-seamer, a change-up or even an eephus, though I’m sure he tries that one pitching batting practice every third Thursday. The Cubs need pitchers—starters and relievers. Maddon has no magic bullets. He’s got hipster glasses and his introductory press conference folderol with the unbuttoned jersey and theft of Eric Hosmer’s postseason “I’m buying at the bar” bravado was just plain awkward. He’s got nothing but a pillow because he’s an American League manager and that’s all you need to hold that job in the junior circuit. You know this, you played in the Bronx under Joe Girardi and his rigid Earl Weaver offensive schemes. The first time Maddon blows a double-switch will be hilarious, but none of the Wrigley faithful will notice because they pay themselves not to and still think Dusty Baker is in charge. Don’t make the mistake of donning those blue pinstripes. It is a clownsuit, and if you like fifth place and 95 losses, that uniform will fit like an Isotoner glove.

As for the Dodgers and Blue Jays, the other franchises allegedly pursuing you, well, you’ve done L.A. where it’s nine players, nine cabs. They sent you packing after you hurt your hip, remember? And Toronto, well, that would piss off your Montreal brethren and the new mayor is kind of boring, like the rest of the city. Do you really want to play with Jose Reyes?

It would behoove you, Russell, not to let your agent get greedy with the five-year deal bug that would paint you into a Molina corner. You don’t even have any neck tattoos or that permanent eyeliner Yadier seems to wear. The Pirates are already your third team. Great catchers usually do not wear more than three different uniforms in their career. Don’t relegate yourself to Charles Johnson status when you could stay in the company of Fisk, Munson, Bench, Boone, Simmons, Sanguillen, McCarver, Posada, Borders, Varitek, Carter, Piazza and Pudge. Keep jumping for the money and you’ll surely end up in the ham and egger class of Rod Barajas, Sal Fasano and Paul Bako. You are not David Ross or (God forbid) A.J. Pierzynski.

Don’t fall for the Chicago hype and all that blues stuff and Theo Epstein with his size 10 collar. You are a jazz guy. As Vin Scully reminded us hundreds of times, your dad played sax busking in the Montreal subways to fund your early baseball education. Don’t let him down with a cavalcade of comical day games played in the stymied mist of spilled Old Style beers wafting down from bleachers filled with fans who are there because they simply hate the White Sox. Stay in Pittsburgh. It’s a jazz town.

Don’t believe me? How about this roll call: Art Blakey, Roy Eldridge. George Benson, Stanley Turrentine? All Pittsburgh natives! You can hear Turrentine’s sax as your 32nd birthday approaches this coming February, and I think you know what he is playing.

I should of course thank you for your services as an outstanding catcher who helped the Pirates break their horrendous streak of 20 straight losing seasons. Also for your two home runs off Johnny Cueto in the 2013 Wild Card Playoff game which, like Paul Newman’s trombone rendition of “Mood Indigo” in the 1961 film Paris Blues, will never be forgotten. Your postseason record has no doubt rubbed off on your teammates in the black and gold, many of whom already consider you the unofficial “captain” of the Pittsburgh Baseball Club. As you might know, this same organization once put all of its paltry monetary eggs in a basket called Jason Kendall and the six-year contract possibly caused by Y2K fears did not bode well for either party and we remember Jason’s first words to all new players arriving in the Bucs clubhouse: “Welcome to hell.”

But those days are over. In 2014 you impressed the Radon-infected sabermetrics types with your on-base numbers. You have thrown out “would be” base stealers with great aplomb (unlike your predecessor, the aforementioned Rod Barajas), you have delivered clutch hits and intensity to the squad filling the toolbox that is the so-called intangibles. You frame pitches, (which used to be called catching the ball) which is all of the sudden a huge deal among the numbers nerds who are clearly running low on minutiae to obsess over instead of actually watching the games. You resided in Pittsburgh’s Strip District, probably in a cool loft. You have, as your manager Clint Hurdle would say, lived up to “the demands of the game.” In fact, you have met, conquered and crushed those demands and in doing so have won over the fans with your sincerity. Who among us shall forget you holding the ball aloft after tagging out Nate Schierholtz at home plate on a relay from Justin Morneau to send us to that Wild Card playoff in 2013? A classic final out salvaging a skid row closer in Jason Grilli, with you applying the tag and hoisting the orb like James Caan in Rollerball? Then you tried to throw the ball way into the left field bleachers just for punctuation.

You’ve lived through these goose-bump moments with Pirates fans. It’s time to stay put. It’s time, as Sammy Sosa used to say in countless interviews about his steroid-era home run binge, to “keep it continue.” You celebrated at Wrigley in 2013. Now is not the time to switch tiny clubhouses, despite the promised renovations of the old yard on the Northside. One of your middle names is in honor of John Coltrane. He once said “You can play a shoestring if you are sincere.”

There is a scene in Paris Blues where Joanne Woodward is standing at the piano, tapping out an off-kilter waltz and a post-coital Paul Newman is shirtless in bed. She asks: “Do you write music, too?” And Newman says: “Honey I live music. Morning, noon, the whole night. Everything else is just icing on the cake, ya dig?” “I dig,” she says.

Live the music, Russell. Live your father’s music right there in Pittsburgh, because Pirates fans want more icing on their cake.

Yours with a bouncing C, Spike.