Preseason Football is a Waste

The NFL’s three-week long probationary gauntlet is expensive and pointless. 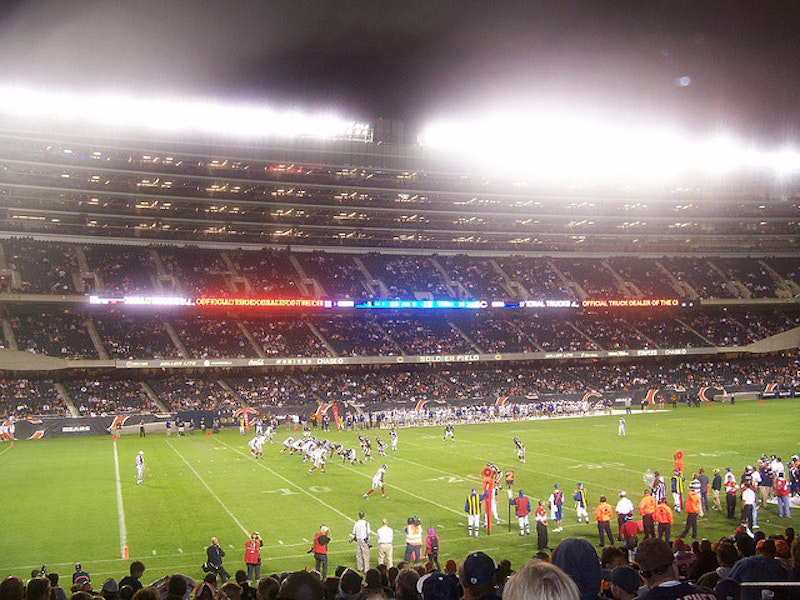 Sports-inclined adults watch pre-season football for the same reason that kids vandalize abandoned buildings during summer vacation: we’re bored, restless, and there isn’t much else to do that’s viscerally satisfying. But that’s it: we’re not in it for the cheerleaders or worried-looking mustached head coaches rocking headsets or dumb 4x4 commercials or my father-in-law’s preference, from a commentary perspective, for Al Michaels over Cris Collingsworth. Pre-season football is a sort of purgatory we have to grin and bear through every summer en route to games that actually matter to people who aren’t huge football nerds or franchise moneymen or Sports Illustrated editorial writers.

Because, really, what’s the pre-season if not three weeks of painful public weeding out? Teams over-hire, then send players into no-stakes close-combat to see who cuts it and ultimately who’s shown the door; it’s like the longest job interview ever, with absolutely no guarantee of a job at the end. Most of these games are played gingerly, with an eye to surviving to play in games the history books will actually acknowledge, but the pre-season is still chockfull of squandered potential: it’s genuinely painful to watch green hopefuls and grizzled veterans succumbing to season- or career-ending injuries just because franchises enjoy going on spending sprees. In a lot of cases the audience is watching NFL dreams fade out to embers.

A reverse argument might insist that pre-seasons are as essential to American football as waves of semi-finals are Olympic swimming or track and field or tennis generally. I would counter that football is different: a brute, physical sport in which violence is the point; there’s a reason—beyond idolatry and greed and the perpetual thirst for commercialist chattel—that these dudes make crazy money to run a pigskin up and down the field. Most ballers have accumulated thousands of hours of playing time and highlight reels and accolades and bitchin’ stats to earn their right to shine. If you’ve made it to the NFL draft, haven’t your actions and accomplishments pretty much spoken for your ability to play the game? If you’ve survived mini-camps and sweltering summer practices, haven’t you proven yourself already?

This isn’t ballet. Maybe the answer is fewer acquisitions. End the NFL pre-season altogether, let the buyers beware, and let the chips fall where they may: let players sink or swim in prime time. Like, you know, every other job on Earth.