Bulletin: money changes everything in sports. 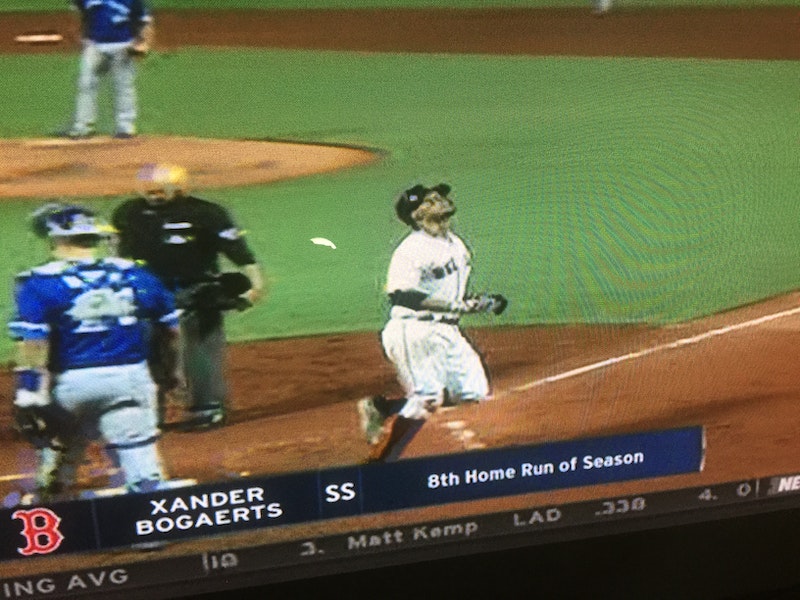 Near the beginning of Fredrik Backman’s quietly riveting Beartown (2016), he writes: “There are two things that are particularly good at reminding us how old we are: children and sports.” That’s a hard, if relatively mundane, statement to dispute for those who’ve surpassed the age of 50. Your kids (or nieces and nephews) are nine one day, establishing personalities and alternately delighting and befuddling, and in what seems like the duration of a vexing Comcast phone call, are suddenly in their mid-20s—or older—and waiting in the on-deck circle to assume responsibility for the family. You may say, plumping wisdom accrued as decades have passed, “I was so much older then, I’m younger than that now,” but that’s a mere ruse to salve that tender back or inability to instantly recall the names of acquaintances.

Sports is a bit trickier: in my own case, the image of the Boston Red Sox’s Yaz on cover of Life magazine in 1967 (the “Impossible Dream” season) is burned in my mind, perhaps more than a 1990 playoff game I attended at Fenway Park with a now-deceased brother, when, during batting practice, we were stunned at the size of the Oakland A’s—pre-steroid awareness—vs. the tiny Sox. Younger Sox fans still rue the memory of Aaron Boone going deep against Tim Wakefield in the seventh game of the 2003 ALCS, clinching a World Series berth, but by that time it was par for the course for me. That’s why, when the Sox won it all the following year, my first reaction was not jubilation, but overwhelming relief. I’d seen the Sox win a Series in my lifetime, which at the time was far from a lock.

And, like any lifelong baseball fan, I recall routine complete games from pitchers, no DH, Juan Marichal vs. John Roseboro, pre-free agency walkouts (Sandy Koufax and Don Drysdale in 1966), two 10-team leagues—I’m 62, so the original 16 was just before my baseball consciousness—subscribing to The Sporting News and eagerly anticipating the All-Star Game in mid-summer. But of course the sport survives us, evolves, and I still watch as many games as possible (or, when out, take peeks at the score on my iPhone). And there are always new wrinkles.

For example, on Monday, I caught the last four innings of the Sox’s 8-3 victory over the Blue Jays, and, as the game progressed, NESN announcers Jerry Remy and Dave O’Brien, kibitzing during a lopsided game, cracked me up talking about “man-hugs.” Remy, the 65-year-old ex-player, cancer survivor, and NESN fixture since 1988, spoke about current Sox utility player Brock Holt and how he’s a enthusiastic purveyor of hugs. I’m paraphrasing here, but Remy said: “This is relatively new. It’s generational. It used to be that two men would shake hands and that was it… but about six or seven years ago it became an issue when you weren’t sure if someone would drop a hug on you. How do you respond? It’s awkward. It’s not my style.”

Last week, Red Sox management stunned its fan base, and fans/sportswriters in general, by dumping its expensive DH/first baseman Hanley Ramirez, an exuberant and funny player (when on a tear) who’d slumped during the month of May. I liked the audacity, not only because Hanley, despite his powerful bat, is at the twilight of a memorable career, but also since he’d vest for an option of $22 million in 2019 if he made 497 plate appearances this season (and was well on the way). I understand that owner John Henry is a billionaire—the kind of wealthy man who can’t estimate his exact worth on any particular day, given so many moving parts in his portfolio), but eliminating Ramirez gives him, and his “baseball men” more flexibility, especially in avoiding confiscatory “luxury taxes.”

Veteran Boston Globe sports columnist Dan Shaughnessy (64, at the paper since ’81), also nearing the twilight of his career, was appalled by Hanley’s departure. Shaughnessy—who, though I’ve always disliked his writing, was at his peak a controversial Boston media star—is what my 23-year-old son Booker (also a devoted Sox fan) dismisses as an “old-school” schlump who doesn’t understand the economics or strategy of today’s game.

And Shaughnessy opened his column right on cue: “The Red Sox dumped first baseman Hanley Ramirez Friday. The move is being applauded by analytics geeks [a 2002 insult, a cliché now], luxury-tax toadies, and swing-path savants who permeate and pollute the game of baseball in 2018.

He goes on to say he doesn’t care about Henry saving money—I don’t either except when it affects fielding a competitive team—and, most stupidly, applauds Ramirez as a “proven clutch postseason hitter on a team that needs to prove itself in October.” True, the Sox choked in the ALDS the past two years, but did win the World Series as recently as 2013. But the tired saw of this or that player “turning it up a notch in postseason games” is mostly hooey: as the legendary Oakland A’s Executive Vice President (and minority owner, for whatever that’s worth) Billy Beane explained years ago, a team’s goal is to come in first through the 162-season. What happens in October is anybody’s guess: a small sample size, punctuated by fatigue, 11-game hot streaks and luck. As Beane said, it’s a “crapshoot.”

Former Red Sox GM Ben Cherington (who pieced together the improbable 2013 Sox Series-winning roster) temporarily lost his mind after the 2014 season and signed Ramirez and Pablo Sandoval to ludicrously rich contracts. That’s the kind of blunder (ownership, which has to approve such deals, never takes blame) that gets a sports executive fired. And he was, in 2015 (although officially “resigning”), and, for better or worse, another old-timer Dave Dombrowski took over. That’s Major League Baseball as this decade nears its end, and I still greatly enjoy it, and don’t really care if has-beens like Shaughnessy are fed up.