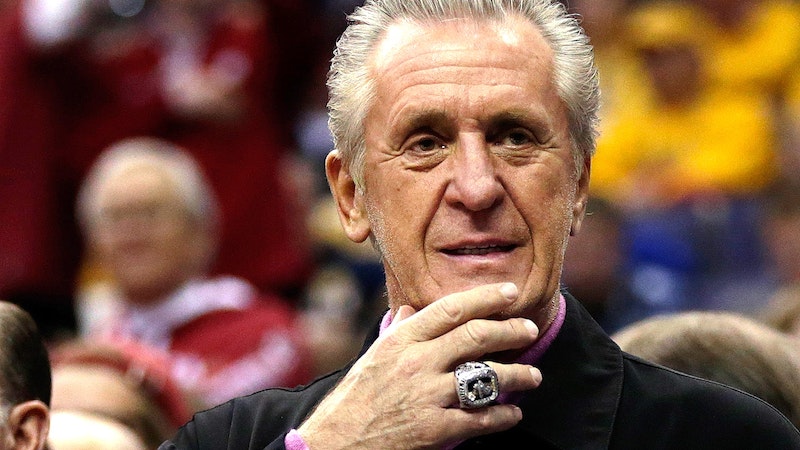 The NBA trade deadline delivered a lifeline for the floundering Miami Heat. Pat Riley came through once again by acquiring PG Goran Dragic, a third team All-NBA selection last season, for a collection of spare parts and future draft picks. Miami, which looked like a team stuck in basketball purgatory just six weeks ago, suddenly looks like a dangerous playoff contender.

Riley was praised for salvaging the summer after LeBron James jumped ship and headed back to Cleveland. The Heat president responded by retaining fellow free agents Dwyane Wade and Chris Bosh and importing Luol Deng and Josh McRoberts. These plans were derailed by McRoberts’ season-ending knee injury and Wade’s continued leg woes. Riley responded again when he reached down to the D-league to pluck big man Hassan Whiteside. The 25-year-old seven-footer has emerged as a double-double (and occasional triple-double) force. Miami’s biggest issue this season was the dumpster fire the team featured at the point guard spot. With James in Cleveland the Heat were left to rely on Mario Chalmers and Norris Cole to create shots for themselves and others. The responsibility proved too burdensome for the duo.

Dragic immediately solves the Heat’s backcourt problem. Assuming Wade is finally healthy the team now has two players with the ability to create shots. Dragic is the best point guard that either Wade or Bosh has played alongside during their time in Miami. Dragic and Bosh could form a deadly pick and roll combo. A starting five of Dragic-Wade-Deng-Bosh-Whiteside instantly excites the fan base and makes Miami a formidable playoff foe.

The Dragic deal is not without risk. His pending free agency, along with the Suns’ odd transaction history and rotation, is what landed him on the trading block to begin with. He could play out the season, declare for free agency, and ruin another July in South Beach. Miami was sure to make a run at Dragic during the summer, but Riley would’ve had to compete with the Knicks and Lakers to land him. By trading for Dragic now the Heat obtain the player’s Bird rights and the opportunity to offer a five-year max contract while other suitors can only offer four years. When Riley signed Wade and Deng to two-year contracts last summer he was making it clear that he intended to be a major free agent bidder in the summer of 2016. With Dragic delivered to South Beach and the ascending Whiteside due a new contract in 2016 Riley seems to have moved up his timetable by two years. Rather than chasing free agents with a recruiting pitch Riley will be looking to extend his own players.

The Heat still have areas of concern. The bench is thin and they need another outside shooter. Wade’s knees are troublesome and Bosh is dealing with an undiagnosed illness. That said, Miami has one of the league’s easiest schedules over the second half of the season. If the revamped Heat can make a push for the sixth seed in the playoffs they could set up a matchup with James’ Cavaliers.