A low-risk signing for the Birds. 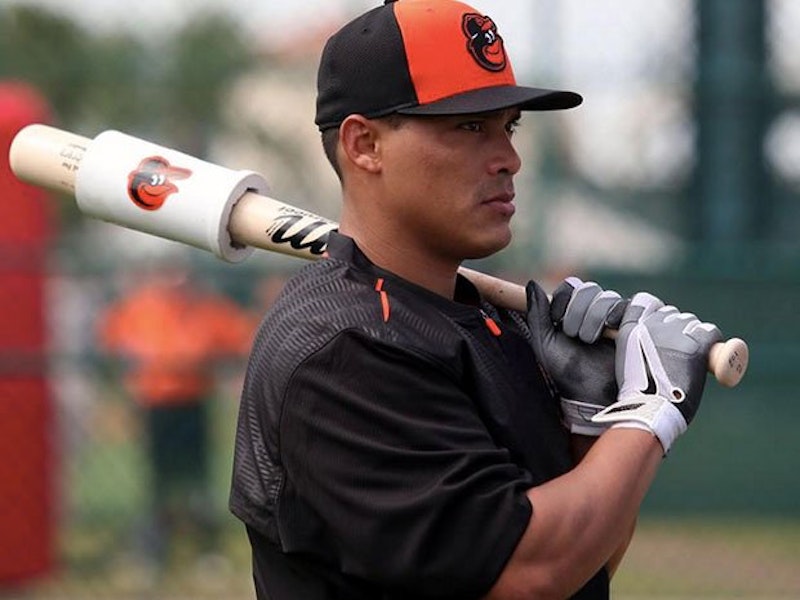 Baltimore’s acquisition of former Padres infielder Everth Cabrera has brought some intrigue to Sarasota. After a quiet offseason the Orioles shook up the first week of Spring Training by guaranteeing $2.4 million to a seemingly redundant player coming off a season in which he posted a .272 OPS. If Orioles fans are scratching their heads over the Cabrera signing they aren’t alone.

Speculation swirled that Cabrera, like Grant Balfour last year, had fallen victim to another strenuous Baltimore physical exam. Cabrera’s previous transgressions, a 50-game PED suspension in 2013 and a resisting-arrest charge from last December, were also complications. Cabrera will bring that baggage to Camden Yards.  He’ll also bring a great deal of lineup, positional and roster flexibility.

Cabrera’s a seriously flawed player. In addition to the trouble mentioned above, he’s battled injuries and offensive struggles throughout his career, which is why he was still available in mid-February. But he does offer some value to the Orioles. While Cabrera played almost exclusively at shortstop for the Padres over the past three seasons, he has extensive minor league experience at second base, as well as limited experience in center field and third base. Cabrera was an All Star in 2013 when he batted .283 with a .355 on base percentage. If he can duplicate that production he could push Jonathan Schoop, Baltimore’s incumbent second baseman, to Triple-A. If Schoop is able to hold onto his full-time gig, Cabrera could present an upgrade over utility man Ryan Flaherty. The O’s will be holding open auditions to fill the leadoff spot this spring. While Cabrera’s disastrous 2014 output would seemingly rule him out of the competition his upside and speed make him a viable candidate.

A trip to Triple-A for Schoop, even one that lasts just a few weeks, would give the Orioles an extra year of club control over him. A demotion would also give Schoop some added development time. Though he’s already an excellent defender and long ball threat, Schoop’s .2014 OPS of .598 could use some work. If Schoop’s bat develops as the O’s hope, it’s possible that the investment in Cabrera could pay dividends years down the road by delaying free agency for the second baseman. Also, Cabrera has options remaining. The Orioles have masterfully managed player options over the past three years to the point that the team has essentially operated with a 28-man roster. While Cabrera is signed to a one-year deal he will be arbitration eligible following the 2015 season and could easily find himself back with Baltimore next season.

If Cabrera is unable to beat out Schoop at second base, or emerge as a contender for the top spot in the lineup, he’ll still offer positional versatility and depth. The Orioles are counting on Manny Machado and J.J. Hardy to lock down the left side of the infield but Machado’s worrisome knees and Hardy’s creaky back could flare up at any time. In the event that either player is sidelined Cabrera would at least offer solid defense and speed on the basepaths. Cabrera’s skill set may be a perfect fit.