Maybe the N.L. is an easier league. 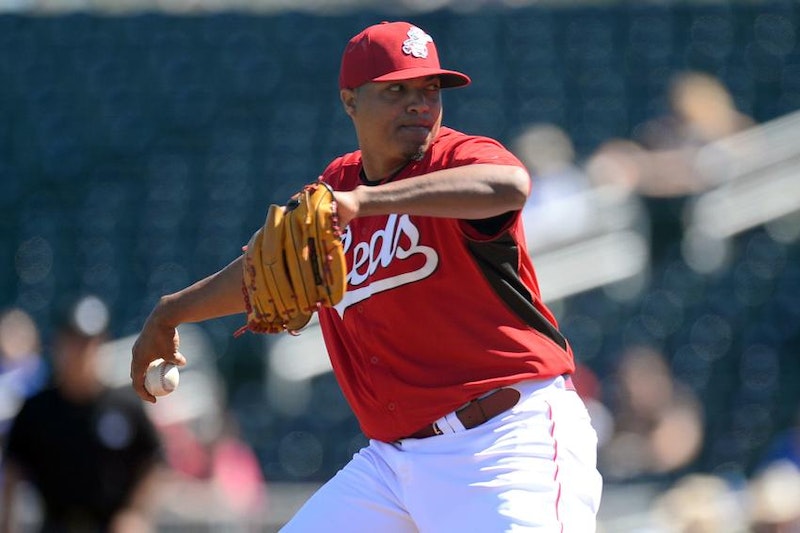 Perhaps it’s just my Baltimore bias but it’s always seemed like the Yankees could pick up any fading, aging star, plug him into the lineup, and watch him have a career resurgence. For every big money free-agent flop that’s floundered in the Bronx there’s a David Justice, Bobby Abreu, Alfonso Soriano, or Cecil Fielder. In recent years leaving Baltimore’s had a similar effect on careers, as the Orioles’ trash has become National League treasure.

The O’s shipped a pair of confounding pitchers to the Cubs last summer for Scott Feldman. Jake Arrieta and Pedro Strop had the stuff to be big league standouts but their inconsistency left fans wanting to bang their heads together. After posting a 7.25 ERA for the Orioles last season, Strop pitched to a 2.83 ERA in 37 games for the Cubs. Strop got off to a fast start for Chicago this season but succumbed to a groin strain in early May. The recently activated right-hander figures to return to a setup role for newly appointed Cubs’ closer Hector Rondon.

After a brief rehab stint to begin the 2014 season, Arrieta joined the Cubs’ rotation in early May. The 28-year-old is still building up his stamina but yielding positive results through five starts. Arrieta has yet to throw more than 94 pitches or pitch more than six innings. In 15 career National League starts Arrieta has a 3.42 ERA and 1.29 WHIP which is a far cry from the 5.46 ERA he posted in parts of four seasons with the Orioles.

The Cubs are also benefitting from the resurgence of former Baltimore starter Jason Hammel. The O’s gave up on Hammel after he battled injuries through much of 2013 and finished with a 4.97 ERA in 23 starts. Hammel’s been lights out for Chicago, allowing just 47 hits in 71 1/3 innings. The Cubs inked Hammel to a one-year free agent contract and he’s responded with a career year to this point. He could be an attractive late-season rental for contenders that miss out on James Shields and don’t want to pay the price for Jeff Samardzija.

The Orioles acquired Michael Morse late in the 2013 season to serve as the designated hitter as the team chased a Wild Card playoff spot. Morse was damaged goods when he arrived from Seattle and managed just three singles in 29 at bats. He signed a one-year free agent deal with the San Francisco Giants and has bounced back in a big way. Morse has slugged 16 doubles and 13 home runs and currently has a career best .916 OPS for the Giants, making him the best free agent bargain this side of Nelson Cruz.

Another former Orioles hurler has helped stabilize the Cincinnati Reds rotation. The O’s waived reliever Alfredo Simon in the spring of 2012 after two lackluster seasons. The Reds claimed Simon off waivers and he went on to register two solid seasons out of the bullpen. When Bronson Arroyo left for Arizona as a free agent the Reds made the decision to convert Simon to a starter. The 33-year-old hadn’t started a game since 2011 but has responded with 11 excellent outings for the Reds. Simon has gone 7-3 with a 3.03 ERA and 1.11 WHIP and has been one of the few bright spots on a disappointing Cincinnati club.