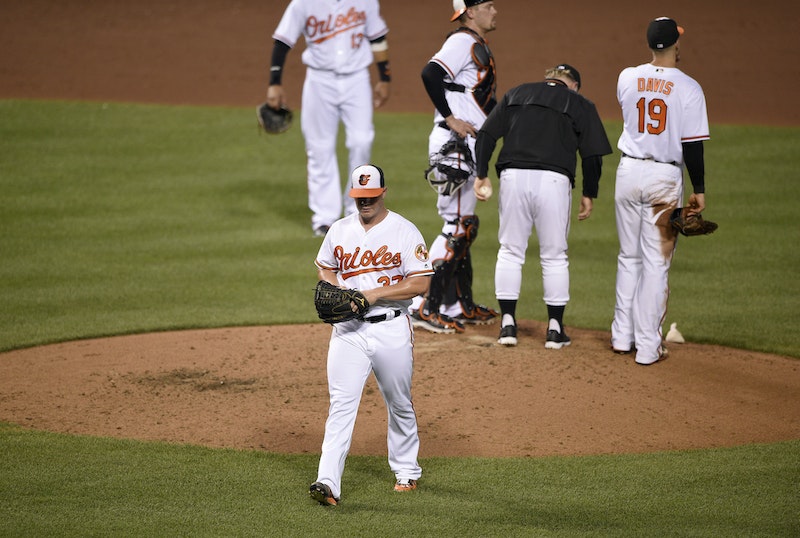 The Baltimore Orioles have delivered another wonderfully entertaining season. The O’s have remained in the thick of the American League Playoff hunt thanks to the long ball and a lockdown bullpen and in spite of a tattered starting rotation. Baltimore will need some help to see October success but stranger things have already happened this season.

After missing most of the past three seasons with various injuries Dylan Bundy had to stay on the Orioles roster all season or be exposed to waivers. The former first round pick and top prospect began the season as a de facto Rule 5 draft working mop-up duty or long relief. As Bundy’s arm strength built up, and the Baltimore starters broke down, the 23-year-old emerged as a viable rotation option. Bundy made his first start on July 17 and Orioles have gone 6-5 in his starts. After pitching a total of 65 innings in the 2013-15 seasons Bundy has already logged 94 ⅓ innings in the big leagues this season. Buck Showalter has done a good job of sheltering his young starter by keeping Bundy under 100 pitches in each of his starts. The Orioles haven’t publicly mentioned an innings limit for Bundy but I’d imagine he’s either fast approaching it or already blown past it.

While the team ponders the notion of shutting down Bundy, the reemergence of Ubaldo Jimenez could take out a bit of the sting. After pitching to a dreadful 7.38 ERA prior to the All Star Break Jimenez has slowly worked his way back into Showalter’s good graces. Jimenez rejoined the rotation in late August and he’s turned in three quality starts, including a complete game earlier this week. The most encouraging sign is that Jimenez has walked just three batters the last 21 ⅔ innings after walking a staggering 59 batters in his first 95 innings.

Kevin Gausman turns into a different pitcher whenever he leaves Baltimore. The 25-year-old has been dominant in the friendly confines of Camden Yards going 6-1 with a 2.27 ERA in 11 starts. On the road Gausman has pitched more like a fifth starter, going just 1-9 with an ERA of 4.82. Gausman walks more batters, strikes out more batters and gives up more home runs on the road. He followed a similar pattern last season when he went 3-1 with a 2.19 ERA at home and 1-6 with a 6.10 ERA on the road. For his career Gausman pitches like the Cubs’ version of Jake Arrieta at home (15-8, 2.91) and the O’s version of Arrieta on the road (6-21, 5.05). If the O’s make it to the postseason I’m sure Showalter will find a way to start Gausman at home.

The Orioles have already stated that they won’t extend a qualifying offer to catcher Matt Wieters after the season. Wieters is making $15.8 million this year after accepting the club’s QO last winter and forgoing free agency. Wieters’ bat hasn’t been worth $15 million but he’s clearly outplayed the alternative. Many O’s fans were content to let Wieters walk as a free agent and hand the catching position over to Caleb Joseph. In 120 at bats this season Joseph has posted an offensive performance that would make Mario Mendoza wince. Joseph has just two extra base hits (both doubles) and no runs batted in this season. To make matters worse the Baltimore pitching staff has a collective ERA of 4.55 when throwing to Joseph compared to just 4.10 with Wieters behind the dish. Joseph can take some solace in the fact that the staff has an ERA of 6.42 when throwing to third catcher Francisco Pena.

A final set of numbers details one of the Orioles’ greatest strengths. Closer Zach Britton is 40 for 40 in save opportunities with a 0.65 ERA this season. Britton’s outstanding season should draw serious consideration for the Cy Young Award. If Britton were to be named the 2016 AL Cy Young winner he’d be the first American League relief pitcher to claim the honor since Dennis Eckersley in 1992 and just the fourth AL pitch in history.