Observations with three weeks left in the regular season. 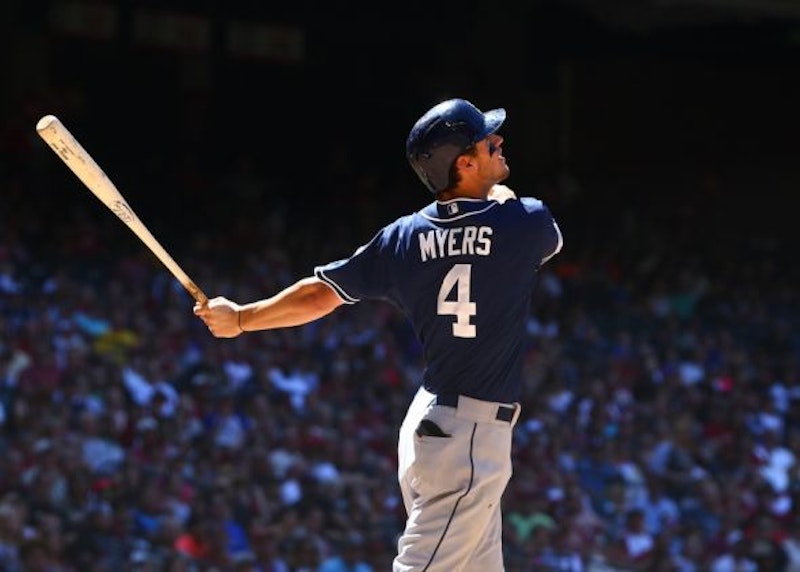 A few weeks ago, the AL East looked to be a three-team race, but as we head into the final few weeks of the season, the Yankees are forcing their way into the mix. After taking two of three in Toronto this past weekend, the Red Sox hold a two-game lead over both the Jays and Orioles, with a four-game cushion on the Yankees. The AL wild-card race is looking more crowded than a DMV line, with the Tigers and Astros adding the stiffest competition for the two spots. The Mariners and Royals lurk in the rearview. We could easily see a six-team race for the final wild-card spot heading into the final week of the season.

Of their final 20 games, Boston faces Baltimore and New York seven times each. Of course, the final three are at home against the Blue Jays.

Thank you, Chili Davis: As of June 22, Hanley Ramirez was disappointing again. A shift to first base in the offseason helped Ramirez avoid repeating the disaster of last year’s left-field experiment. The new experiment was playing out decently in the field: Ramirez was making the routine plays, and occasionally making a nice scoop or turning a double play from first, but at-bat, his power outage was following last year’s post-wall-collision trajectory. Of course, April baseball in Boston will usually produce weak power numbers. The ball doesn’t exactly fly out of Fenway on those bitter 47-degree evenings when the drizzle makes the temperature feel more like 35. Still, the ugly stretch in June was concerning for Sox fans. Ramirez was signed as a core power hitter to help offset the retirement of David Ortiz in Boston’s future. Whether at first base or DH, Ramirez needed to start producing.

As of June 22, he has. Red Sox batting coach Chili Davis helped Ramirez tinker with his stance, raising his hands higher in order to keep the ball in the air. MLB.com’s Mike Petriello researched Hanley’s launch angle (the angle at which the ball leaves a hitter’s bat), and discovered a positive trend over the last two months: Ramirez is hitting line drives and towering fly balls, rather than sharp grounders. It might seem obvious, that a hitter would make more of an impact by hitting the ball in the air more. It’s only true if that hitter can keep from popping the ball up. Since June 22, Ramirez’s OPS is .995. He’s smacked 18 homers in those 11 weeks. Another factor driving his success is the fact that he’s seeing more southpaws. Ramirez is slugging .655 against lefties. The schedule didn’t happen to provide many LHP opportunities early in the season.

A-Rod’s Departure: A Cloud Lifts Over Yankee Stadium: The Yankees’ record before Alex Rodriguez’ retirement: 59-56. After Alex Rodriguez’: 16-9. Easing expectations tends to make a team relax. The Yankees played .500 baseball until mid-August. They traded aging outfielder Carlos Beltran and two of the game’s best relievers before the deadline. The season seemed destined for complete disappointment. It may be a temporary blip of success, but late September games now appear meaningful with this recent winning streak. However, not all Yankees are enjoying the last three weeks. Judging by his first 75 major league at-bats, Yankees prospect Aaron Judge is going to challenge strike-out records. Judge has whiffed 38 times in 75 at-bats.

Wil Myers and the Great Post-Break Swoon: Some hitters are streaky. For these players, the All-Star Break either allows them to regroup and perhaps begin a great second half after a mid-July hiatus… or it leaves fans wondering what happened.

Wil Myers was Rookie of the Year with Tampa Bay in 2013, and then dealt with a stress fracture in his wrist for the second-half of 2014. He was traded to San Diego that offseason. Last year was a frustrating one for Myers and Padres fans. Tendinitis started to plague his other wrist. He finally had a procedure done late in the year. Myers managed only eight homers in less than half a season.

And then came 2016. Now 25, San Diego was banking on a bigger contribution from their young hitter. The Padres brass converted him from outfielder to first-basemen in the offseason in part to allow his fragile frame to stay on the field. For three months, Myers stepped into the franchise-player role, including a scorching month of June (.327/.469/.765 with 11 HRs). Named to the All-Star team, Myers was the hometown golden boy at the Midsummer Classic, held in San Diego. And since then, who knows what’s happened?

The Padres traded Matt Kemp, their one other power hitter and his hefty contract, to Atlanta. Myers cooled off, and then turned to ice. A slash line of .216/.283/.361 in August, the warmest baseball month of the season, is a disaster. The swoon is upon Myers. Will or won’t Wil break out of it before 2016 comes to an end?

Didn’t Get All of That One: Making solid contact with a baseball is a difficult thing to do. This might seem cruel, but it’s fun to see which hitters are most human. Exit velocity measures the speed at which the ball leaves the hitters bat. If a hitter happens to be a speedy runner, a lower exit velocity can help with infield hits. Otherwise, hitters are trying to hit the ball hard most of the time. Excluding the speediest players, here are the MLB hitters who have struggled the most this year:

Jordan Pacheco, Reds (77.7 mph): Thirty-year-old Jordan Pacheco has accumulated 51 at-bats for Cincinnati this year. He’s struck out in 15 of those appearances, and managed four singles and four doubles. Three of those doubles came in the first three weeks of the season. Pacheco stayed on as a pinch-hitter for the rebuilding Reds until May 31, when he was demoted with a .157 average.

Jake Elmore, Brewers (81.3 mph): At 29, light-hitting shortstop Jake Elmore is likely not long for the majors. In Elmore’s 83 plate-appearances with Milwaukee, he managed only 11 singles, two doubles, and three runs batted in. Elmore did his best to get on-base via the walk (16 in only 63 at-bats). Ironically, Elmore is currently used as a pinch-hitter with the Brewers.

Ryan Hanigan, Red Sox (82.4 mph): Red Sox fans know Hanigan as the back-up catcher who swings a light stick. Hanigan grew up in Andover, so there’s the local element. There’s also the pitch-framing, and the general glue-guy demeanor. Hanigan was solid enough for a backup catcher last year, managing a .247 batting average, eight doubles and a couple of homers in limited duty. When presumed starting catcher Christian Vazquez went down with a spring injury, Hanigan became Boston’s April backstop. This year, the 36-year-old has been an easy out. His current average is .173, which is up from .158, which he was hitting before his recent 2-for-3 “hot streak!” Sandy Leon has given Boston a dream scenario behind the dish (.355/.401/.550) since he was promoted from Pawtucket in June. Many forget Leon finished 2015 as Boston’s backup. Last year, he hit .184 with two doubles in 114 at-bats. The discrepancy between 2015 Leon and 2016 Leon proves that baseball makes absolutely no sense.