I'm not signing on for the emotional ride this season. 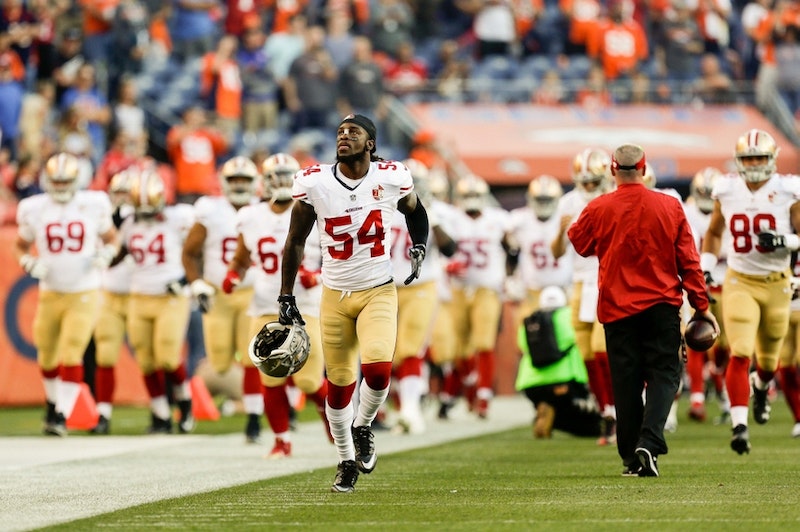 Football season began on Thursday, which means I should be very excited. After all, I'm an avid NFL fan of many years, and this is what we all wait for. This is the time the real fans, who live and breathe football, feel most alive—as if they’ve emerged from hibernation. Having survived the doldrums of the off-season by employing various attention-diverting strategies they’ve refined over the years, they're ready to live again come September.

Football is an American addiction. Hunter Thompson entitled his last piece of “published” writing, “Football Season Is Over.” It was his version of a suicide note—its words were actually addressed to himself—written shortly after the 2005 Super Bowl. “No more games. No more fun,” he wrote.

Most football fans don't crash as hard as Thompson when the season ends, but post-football season depression is probably something worth doing a formal study of. Something so loved and needed—something such a part of so many people's identities—is going to hurt when it's removed all at once.

During my most emotional years as a fan, losses would mess up my Sundays. That's when I’d get incensed at 49ers players who lingered on the field after a loss and chatted with their opponents. I wanted them to hate these guys. The players had things in perspective, but I didn't.

I'm planning on making myself immune to the emotional highs and lows this year, because my team, the San Francisco 49ers, is showing no promise of providing much more than lows—just like last year and the year before—so the bargain doesn't seem worth it. I’ll be dialing back this year, which is heresy to the most militant Niners boosters, who’ll brook nothing less than unfettered cheerleading for the team.

New head coach, Chip Kelly, was brought in to clean up a mess, but watching that doesn't get me too excited. Besides, he's not going to turn the team around instantly like former coach Jim Harbaugh did. He certainly doesn't have the offensive personnel to carry that off.

The team’s owner, Jed York, fired the obstreperous Harbaugh after the 2014 season. He released the guy who finally gave us hope again after many bad years, and now Harbaugh has gone to Michigan, where he’ll do what he always does at any level—win big—while the 49ers will be lucky to match last season's five wins.

ESPN gambling writer Dave Tuley’s Vegas power ranking puts the Niners at number 32—dead last. Starting quarterback Blaine Gabbert is an unproven asset, and the team didn't make any serious off-season personnel upgrades. Once again, the defense will be expected to win every game for an offense that rarely produces more than field goals. I'm tired of watching.

General Manager Trent Baalke has an eye for drafting defensive talent—the team was absolutely stacked a few years ago—but his overall GM skills do not stack up against Harbaugh’s ability to get wins. Baalke won his war with “Harbs,” but the fans were the losers.

If I'm home this season and the Niners are on TV, sure I'll turn it on, but if they stink it up too bad I'll find something else to do. I'm done with the masochistic dues paying of watching every game to the bitter end. The one thing I'm curious about is the new coach’s offensive schemes, so I'll tune in early on in the season to check that out.

The 49ers are 2.5 point underdogs against the Rams at home to open the season. This is bad news because the Rams are not a good football team. All signs are pointing to a disaster.