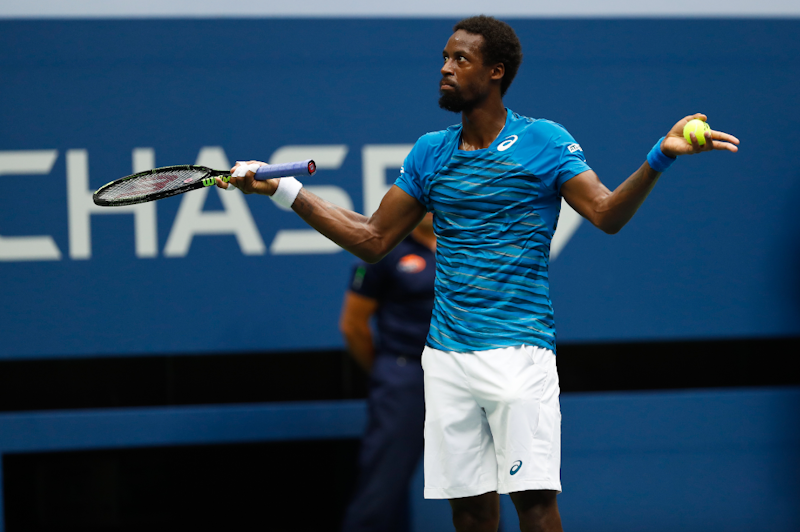 Flashy fan darling Gael Monfils, perhaps the best athlete in his sport, had lost to world number one tennis player Novak “Nole” Djokovic 12 straight times when he faced the Serbian sensation in Friday's semifinal match, so you’d have to wonder what was going on in his mind before that match. Maybe the Frenchman was thinking he'd switch things up a little if the match went in the usual direction, and why not? Sticking with a game plan that's delivered you a dozen straight losses makes little sense. Coaches in various sports get fired for less than that.

Sure enough, Monfils went to “plan B” when down 0-5 and facing the dreaded “bagel” a mere 18 minutes into the contest. Over the years, I can't recall tennis legend John McEnroe getting so agitated in the broadcast booth. Mac was convinced Monfils was “tanking” the match, lambasting the French player’s actions as “unprofessional.” That could’ve been the appearance, as Monfils started standing upright to return serve, instead of crouching, and hitting paceless powderpuff shots. It was nothing you’d expect to see, and Djokovic was taken aback at the weirdness, as he admitted after the match. He went from having three set points, while serving at 5-1, 40-love in the first set, to allowing his opponent to get two points away from making the set score 4-5. Djokovic finally won the set, but Monfils had gotten inside his head.

As McEnroe continued his protestations, the highly-talented French star stuck with his unorthodox approach in the second set, playing a game nobody had seen from him before. McEnroe stewed. “This is totally bizarre,” he exclaimed at one point, while Nole took the set 7-5.

McEnroe is one of the all-time tennis greats, and his excellent tennis commentary is informed by his years of on-court success, but he was wearing blinders on this particular day. He knows of Monfils’ love of poker. Poker is all about mind games, so wouldn't exploring this angle make the broadcast more interesting? Not from Mac’s perspective, as he went on to talk about his opponents, Bjorn Borg and Jimmy Connors.

If it was “poker” that Monfils was playing, he raked in some jackpots in the third set, winning it 6-3 while leaning heavily on his racquet in between points in apparent exhaustion that could’ve been a bluff. On this day, nothing was obvious. Djokovic was rattled too, at one point pulling on his shirt so hard in frustration that he ripped it right down the middle. He was about to drop a set for the first time in the tournament.

McEnroe was also aware of Frenchman Gilles Simon’s performance against Djokovic at this year's Australian Open, where he won two sets by hitting slow balls down the middle of the court, visibly frustrating his opponent. It's hard, even for the great ones, to hit winners when the opponent provides no pace on the ball to work with. A rattled Nole hit a hundred unforced errors on that day, though he did still manage to win. Simon would sometimes emerge from his “possum” act to play his normal hard-hitting game, a tactic that Monfils also employed in Friday’s semifinal.

The “Djoker” changed his shirt after the third set, and pulled himself together to close out the match in a much less routine manner than the first 18 minutes promised. Monfils saw his 13th straight loss to Djokovic was in progress, so he went to plan B. He’s eccentric, and has a reputation for fooling around on the court, so McEnroe got fooled. The “rope-a- dope” was a tactic, not a concession, just like when Ali lulled Foreman into complacency before knocking him out. Even great athletes become vulnerable, and there are times when attempting this is the only reasonable plan.

Monfils was not happy when told about McEnroe’s assessment of his performance, which was, “One of the greatest lack of efforts in a men’s semifinal I’ve ever seen.” “Fuck yes, I’m competing,” Monfils angrily responded at the press conference, while explicitly stating that he’d tried to mess with his opponent’s head to change the course of the match.

McEnroe, along with Borg and Connors, never played rope-a-dope tennis because they were on top. It's a tactic of the underdog who needs to find an edge—any edge. Perhaps that created a blind spot leading to his unkindness (unprofessionalism, even) towards Monfils, and depriving viewers of a deeper perspective. Johnny Mac didn't bring his “A game” into the broadcast booth on Friday, so he couldn't see Gael Monfils unveiling his “plan B.” Novak Djokovic, who was on the court, understands though, just like any tennis player who’s ever faced a “dink baller” knows what it can do to your head.