Break is prime time to reflect on a true coach. 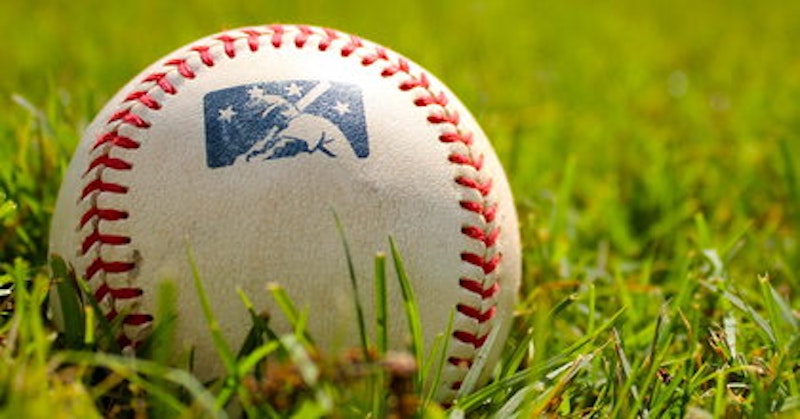 The All-Star break always seems to arrive like the caterer. A white van with clever slogans and logos and a loud refrigeration unit battling the heat of July, pulling up into the backyard next to an Esther Williams above-ground swimming pool still suffering from winter’s cruelty, waiting for phantom “pool guys” to install a new liner.

The All-Star break allows baseball fans time to take stock of the first 90 or so games played by the laundry they root for. Supporters produce all types of personal barometers, wind gauges jerry-rigged divining rods for assessments and diagnostics. The old-timers simply aim the binnacle lamp into the darkness of the looming second half. Will it be an America’s Cup sprint around the buoys, or will Sargasso desperation set in before the arrival of VJ Day? Pitching rotations are reshuffled as managers hit a button on the video poker machine and hope for the best. Trade deadline clichés are dragged out of the General Manager’s shed and dusted off for another round in the rumor mill. And if two fanatics of the pastime—listless without games to attend or watch—conceive a child during this pause in the baseball season, the birth will fall very close to the Opening Day of the following season.

I employ the All-Star game as an annual rite honoring the man who primarily taught me the fundamentals of playing baseball—my uncle Milt. He would visit Ohio from Rhode Island like clockwork every midsummer, driving his family in a maroon Chevy Caprice through the Rust Belt via zig-zag routes known only to New Englanders with map fetishes. I watched countless All-Star games with this man, usually staying up late and battling moths and bullfrog choruses pouring in from the screened-in porch.

Milt was a title searcher. A world class title searcher, I am told. He boot-strapped his way out of the coal fields of tiny Stoneboro, Pa., into the Navy and then from Grove City College to Brown University on the G.I. Bill.

Over the years it became a family tradition that Milt would spend his vacations visiting his brother in Ohio building rafts and repairing canoes for the gravel pit/lake that was in my backyard. Milt was a youth baseball and basketball coach in his spare time, and his sons even called him “coach.” We once talked about building a pitcher’s mound but we never really needed one as he would toss endless batting practice to me and my friends and brothers and cousins from a slightly sloped field, his sunburned nose guiding a mean curve ball that was Bert Blylevenesque on a good day with the ragged baseballs we used. He taught us to shorten up a swing, choke up on the grip, watch the ball onto the bat. He hated Pete Rose but loved his perfection at the plate. Though he grew up in Pirates country, Milt became a Yankee fan after his Navy career had him spending plenty of time in New York City. He admired Bobby Mercer and Lou Piniella, Thurman Munson and even Fred Stanley and would watch the All-Star game with a can of Budweiser balanced on a knee aided and abetted by Cracker Barrel cheese and any type of ersatz shrimp cocktail we would concoct in land-locked east central Ohio.

We might think he was dozing off but he was just super relaxed and carpenter-weary and suddenly noting that so-and-so from the Braves just threw to the wrong base and Joe Morgan was out of position and he said these things without malice but with a convincing oratorical edge of a headmaster at a Shaker school. The kids in our house were baseball sponges back then. The Big Red Machine and Danny Murtaugh’s Buccos fought epic riverfront battles that would have made Gideon blush, while the Cleveland Indians to the north played some strange brand of off-baseball in a gargantuan gray ballpark that mocked their garish maraschino uniforms or the angst of player/manager Frank Robinson. The A’s built a mini-legacy, Reggie Jackson was co-opting the spotlight and the voice of Tony Kubek came through the TV every Saturday from outposts such as Tiger Stadium and the Big A in Anaheim.

Thanks to Milt’s annual tutelage, I enjoyed serviceable and above-average Little League and Babe Ruth League baseball careers in Knox County, Ohio. I believe I did get to thank him before he died at age 81 in Warwick, R.I., several years ago with his Boston Celtics stock certificate framed on his wall. I remember him being impressed that Bernie Williams was not only a terrific Yankee outfielder, but an accomplished classical guitarist as well. Right up his alley. I told him I got to see Bernie play outfield on a regular basis at Yankee Stadium, and guitar at the 1997 All-Star Gala in the Flats section of Cleveland, where I attended as a media crasher with an invalid Classic Sports Network laminate and a local Key Bank executive at my side. The All-Star Gala is MLB’s salute to Caligula. The over-the-top invite-only corporate money-spending fest reeks of “sulfurous excess” to coin a description favored by the long-gone columnist Murray Kempton. The MLB All-Star gala truly is a Night of 1000 Carving Stations.

Back in those drowsy hours following the All-Star game viewings in the Ohio of my youth, Uncle Milt and my father would try again to achieve barbershop harmony, somehow always botching the song about the pawnshop on the corner in Pittsburgh, Pennsylvania. So every season during the All-Star game, no matter where I am, I sit down and enjoy the most lavish shrimp cocktail I can order and watch the Midsummer Classic with relaxed intensity. And a Budweiser.

Here, then, are some predictions befitting the world’s best title searcher and baseball coach:

—Not one announcer will make a reference to Cher’s greatest line in the Sonny & Cher hit “The Beat Goes On” (Electrically they keep a baseball score).
—Home team backstop Kurt Suzuki will inexplicably beat out media darling Mike Trout for the 2014 All-Star Game MVP trophy.
—Sideline announcer Tom Verducci will deliver the Hamlet soliloquy “what a piece of work is a man” during a rain delay a la Richard E. Grant in the final scene of the 1987 film Withnail and I.
—There will be major breaking news on the Nigerian schoolgirl front.
—The tight National League Central race will be reduced to media worshipping of the Cardinals and Brewers and Aroldis Chapman, who apparently is George Foster, Ed Armbrister and Clay Carroll all rolled into a Transformer-like Cuban Defector Superstar.
—There will be no double plays, but three sacrifice flies.
—The self-serve beer stations at Target Field will get significant screen time, as will the cast of Bones.
—Dads in the viewing audience will have to explain the excessive Viagra commercials to their nine-year old daughters at home.
—Homers will be hit by Jonathan Lucroy and Aramis Ramirez (adjoining bathtubs as the Brewers plummet), plus Josh Harrison of the Pirates. AL taters will be from Adrian Beltre and Josh Donaldson.
—The American League will win 7-6 in walk-off fashion on a botched grounder up the middle, meaning the Indians will have home field advantage in this season’s World Series.
—Blown save goes to aforementioned Chapman, errors in game include drops by Yasiel Puig and Derek Jeter.