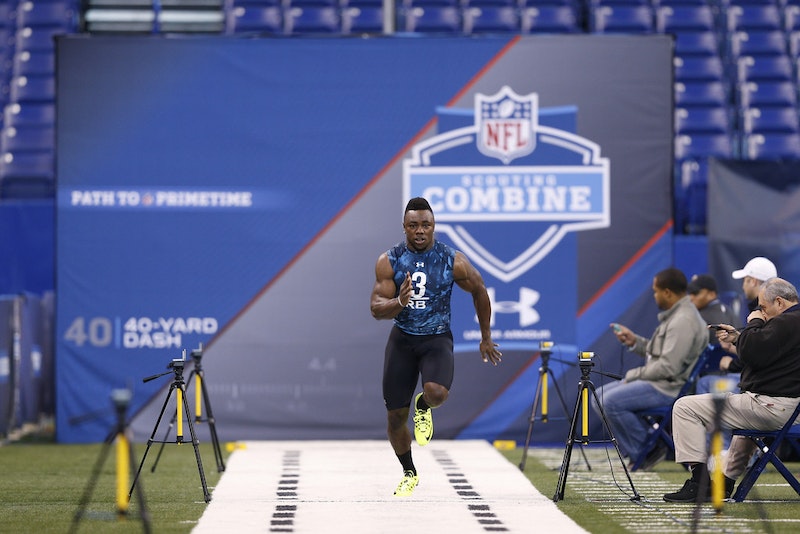 The recent surge in preseason injuries has given headaches to NFL coaches but presented a tremendous opportunity to shrewd fantasy footballers. The injuries to Michael Crabtree, Percy Harvin and Jeremy Maclin have sent their replacements shooting up draft boards. Seattle’s Golden Tate is expected to emerge in Harvin’s absence. Crabtree’s torn Achilles has opened up playing time for youngsters like Quinton Patton and Marlon Moore. The ACL tears suffered by Maclin and Danario Alexander made Riley Cooper and Vincent Brown relevant in fantasy circles.

When drafting in a keeper league it’s important to always keep an eye on the future. You don’t want to be stuck holding onto a veteran player too long or cut a promising youngster too soon. This means you, Frank Gore owners! Beyond the usual culling of preseason box scores for breakout candidates fantasy owners should keep the names Crabtree and Harvin front and center on draft night. Crabtree experienced the best stretch of his young career after Colin Kaepernick took over as the 49ers starting QB last season. If not for his unfortunate injury Crabtree would have been a top 15 wide receiver this season. Harvin underwent hip surgery at the start of training camp but, like Crabtree, is expected to return to the field sometime in November. Both receivers hold tremendous value as late round fantasy selections in keeper leagues. Maclin and Alexander will miss the entire season as they rehab from knee surgery but warrant selection over a second defense or kicker.

As for young players potentially on the verge of breakout the Patriots rookie duo of WR Kenbrell Thomkins and TE Zach Sudfeld have received a lot of attention. I guess having future Hall of Famer Tom Brady tossing the ball your way will get you noticed. As a result the New England rookies are being overvalued in many leagues and will be hard pressed to deliver the kind of stats many owners are hoping for. In addition to the aforementioned Quinton Patton here are a few other little known rookie wide receivers who could deliver solid production this season:

Marlon Brown, Ravens: The Ravens signed Brown as an undrafted free agent after a knee injury spoiled his 2012 season at the University of Georgia. At 6’5” and 205 pounds Brown could give Joe Flacco the red zone target he needs in the absence of the traded Anquan Boldin and injured Dennis Pitta. Brown will likely open the season no higher than fourth on the Ravens’ receiver depth chart but he has looked good in first team action this preseason.

Aldrick Robinson, Redskins: Another young WR to look at is Aldrick Robinson. Robinson played sparingly last season but exhibited a flare for the dramatic. Robinson hauled in three touchdowns and averaged a staggering 21.5 yards per reception on his 11 catches last season. With Santana Moss slowing down and Pierre Garcon an injury waiting to happen the 24-year-old Robinson could emerge as a dependable deep threat for RGIII this season.

Kenny Stills, Saints: The Saints chose Stills in the fourth round of April’s draft out of the University of Oklahoma. A training camp injury to WR Joe Morgan created an opportunity for Stills and the youngster has impressed. Stills seems to have gained the attention and trust of Drew Brees, which spells instant fantasy production. Stills likely won’t produce consistent results as the Saints’ #3 RB but is definitely worth a roster spot.
Success in a keeper league is largely based upon an owner’s ability to maintain a stable of reliable running backs. Hitting on some late round backfield talent is key to prolonged success. Here are some running backs to consider in the later rounds:

Ben Tate, Texans: Tate has tremendous value for a number of reasons. Arian Foster’s mysterious back injury has made Tate a popular handcuff for Foster owners. Tate, 25, has posted solid numbers in limited action in his career and could get a larger share of the workload this season as Houston attempts to keep Foster fresh for a prolonged playoff run. The fact that he’ll be a free agent after the 2013 season adds tremendous value to Tate for this fantasy season. If Tate lands a large free agent deal, a la Michael Turner following the 2007 season, he could emerge as a top 20 back going into next summer. Stash Tate in your keeper league and hope he lands a starting job someplace other than Houston in the offseason.

Kenjon Barner, Panthers: The small (5’9”, 196 lbs.) Barner electrified fans at Oregon last season but lasted until the sixth round of the 2013 NFL draft due to his lack of stature. Jonathan Stewart’s injured ankle has opened up an opportunity for Barner. Stewart will start the season on the physically unable to perform list and will miss at least the first six games of the season. DeAngelo Williams will likely carry the workload in Stewart’s absence but the 30-year-old Williams hasn’t carried the ball more than 173 times since 2009. Barner will get a chance to touch the ball early, and maybe often. As for those people dismissing Barner due to his size keep in mind that’s he’s the same weight and just two inches shorter than the Bills C.J. Spiller.

Marcus Lattimore, 49ers: Lattimore suffered a gruesome injury last fall while playing for the Georgia Bulldogs. He’s expected to make a full recovery and will spend the 2013 season rehabbing with the 49ers medical staff. San Francisco’s starting tailback Frank Gore is on the wrong side of 30 and has over 2000 career touches. Gore has, at most, another year or two atop Jim Harbaugh’s depth chart. Take Lattimore now and cross your fingers. Go ahead and grab Kendall Hunter, Gore’s current backup, while you’re at it.