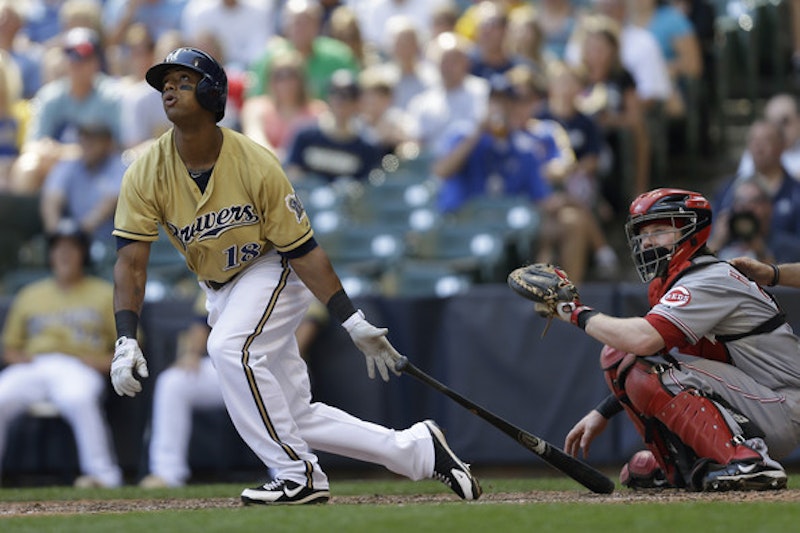 The Bruce Chen Express went off the rails last week in Kansas City when the lefty starter was hammered for 13 earned runs in nine innings over two starts. Up to that point Chen looked like he was intent on pitching the Royals into the postseason after spending the first few months of the season in the Royals’ bullpen. While Chen’s regression was fairly predictable there are a few other big leaguers enjoying tremendous second half success.

The Los Angeles Dodgers have been streaking through the National League since mid-June. The arrival of Yasiel Puig created a hailstorm of fanfare, and criticism from the media, but the return of Hanley Ramirez from the DL has been just as much a part of the Dodgers’ second half surge. Though Puig’s average (.346) and OPS (.967) have dipped to All Star levels after a superhuman first month, the Cuban outfielder has coupled with Ramirez to create a dangerous one-two punch. Ramirez is hitting .338 with 14 home runs (in just 66 games) and posting the best slugging percentage (.620) and OPS (1.008) of his nine-year career. If he hadn’t missed much of the first two months to injury Ramirez would be a serious candidate for National MVP.

The Orioles have relied on the power bats of Chris Davis and Adam Jones to stay in the thick of the American League East chase. Chris Davis made headlines, and drew some scrutiny, when he slugged 37 long balls before the All Star break. The Baltimore basher is still leading the league in homers and on pace to set a club record but it’s another Khris Davis who’s been stealing the headlines. The 65-game suspension of Milwaukee’s Ryan Braun created a golden opportunity for 25-year-old Brewers’ outfielder Khris Davis. The youngster hasn’t wasted any time settling into the big leagues. Davis has sent Bernie Brewer down his slide eight times in just 81 at bats. Prior to his promotion Davis had hit 13 home runs in 69 games for Triple-A Nashville.

Darin Ruf had an impressive 12-game cameo with the Phillies last summer when he posted a 1.079 OPS and three home runs in 33 at bats. Ruf’s success with the Phils came after he blasted 38 bombs for Double-A Reading. The Phillies’ front office thought so much of Ruf that they went out and signed the chronically disappointing Delmon Young in the offseason. After wasting 272 at bats on Young, receiving eight home runs and a .699 OPS the Phillies finally gave Ruf another chance. The 26-year-old outfielder rewarded the organization with 11 home runs and .904 OPS in 42 games. Ruf plays left field with the grace of a lumbering power forward but his bat should make him a fixture in the Phillies’ lineup.

The Tampa Bay Rays finally inserted top prospect Wil Myers into the lineup in June. Myers was acquired in an offseason trade with Kansas City but was left to languish at Triple-A Durham as the cost conscious Rays resisted the urge to start his service clock. Myers has been a great addition to the Tampa lineup providing protection for Evan Longoria and making a late bid for American League Rookie of the Year honors. As the Rays are now in a dogfight with the Red Sox for the top spot in the AL East you have to wonder if the decision to keep Myers in Triple-A may ultimately cost Tampa the division crown.