It Must Stink To Be An Angels Fan 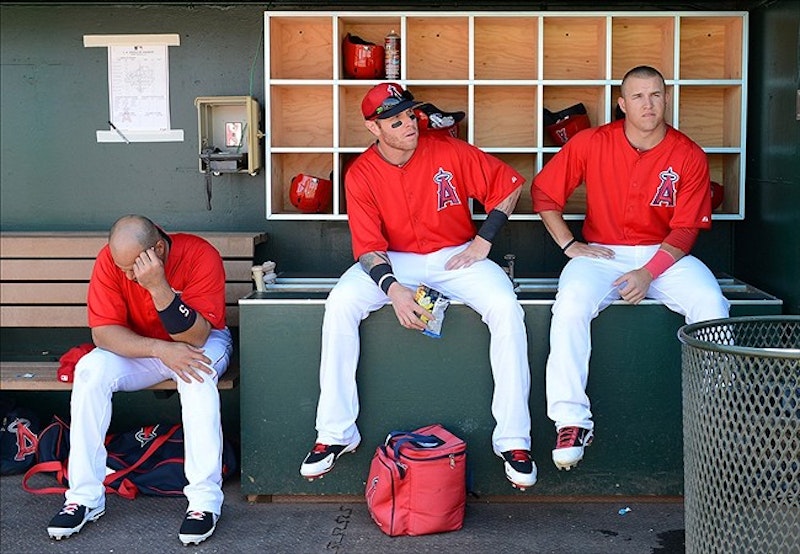 In recent years, the Angels have stumbled into both good and bad luck. Unfortunately for L.A. fans, the majority of that luck has seemed to fall into the latter category. On one hand, Mike Trout has evolved into a once-in-a-generation talent, capable of smashing nearly every record in the books. On the other, GM Jerry Dipoto has crippled the team by signing aging, now unproductive players to long-term, big-money contracts, forcing him to surround Trout with mediocre players, which is exactly why their record sits at 64-73.

But enough about how bad the current team is. I’ve read (and written) countless articles on the struggles of the Angels—why they are bad, how much talent they’ve squandered, the exact amount of money they’ve wasted (and are going to waste) on Albert Pujols and Josh Hamilton—it’s time to take stock of their inventory and predict their future.

It’s possible, however unlikely, that the Angels contend again next year, aided by rebound campaigns from Pujols and Hamilton. Even if those two do manage to pull off productive seasons, everything else would have to go right—meaning the new general manager (Dipoto will definitely get fired) would have to revamp the worst pitching staff in baseball in just one offseason.

So what route should the new GM take? Total rebuild? That would be a tough sell on owner Arte Moreno, considering all the money he’s invested in Hamilton and Pujols. A rebuild of some sorts is absolutely necessary though—it’s obvious once you look at the team’s depleted farm system. The first step is obvious. Extend Trout, no matter the cost. The 21-year-old is on pace to post another 10.0 fWAR season. The subject hasn’t been discussed much, but what if he were able to improve on that? It’s not an unreasonable question; he’s still incredibly young and hasn’t fully grown into his power yet. Ten years and $220 million is a fair place to start.

After that, Trout’s teammates, with the possible exception of Jered Weaver, are expendable. Howard Kendrick, Erik Aybar, Peter Bourjos, even Mark Trumbo—those guys can go. Each one would command a decent return on the trade market, especially Trumbo, and they’re currently proving of no use to Los Angeles. At this point, they’re just preventing the team from acquiring a higher draft pick. Will they be productive players when the Angels are again competitive? Possibly, but at the same time, they might not be under contract by then.

The Angels’ current pickle is not enviable. Teams have gotten out of similar jams in the past, but it often requires many years of irrelevance.