NBA Has a Professional Gambler in the Front Office

Haralabos Voulgaris brings his version of sabermetrics to basketball. 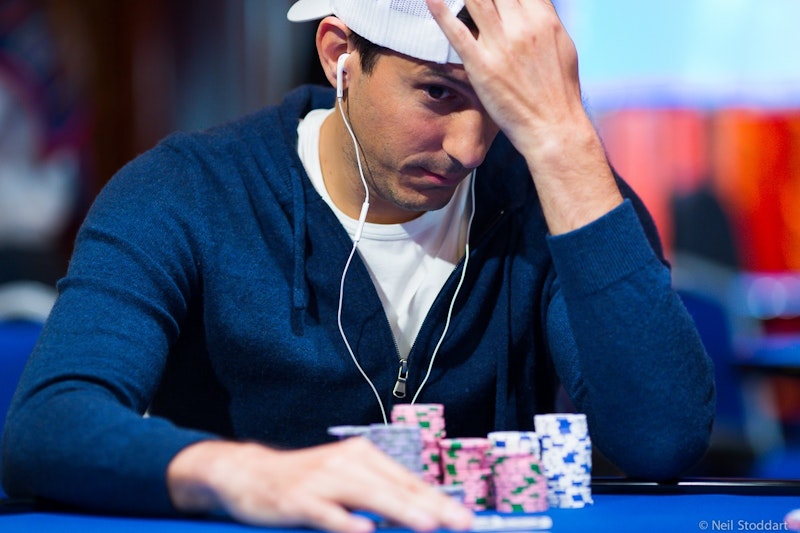 Dallas Mavericks owner Mark Cuban’s making waves with his recent hiring of NBA Twitter guru and professional gambler, Haralabos “Bob” Voulgaris, as Director of Quantitative Research and Development. A team hiring a pro gambler would’ve been out of the question just a few years ago, but the NBA’s decided to embrace the trend of legal wagering that’s expanding on a state-by-state basis. The bold move’s also notable in that quantitative analysis of statistics that measure in-game activity is only recently being embraced in the NBA.

Voulgaris is also unique in that, even though he’s being brought onboard as a strategic thinker who’ll help examine on-court strategy, he’s never played basketball on a competitive level. But he brings something that an ex-player isn’t able to—what he feels is the world’s most accurate gambling apparatus. When the young Greek Canadian graduated from high school 20 years ago, his father—an enthusiastic, if unsuccessful bettor—took him on an extended trip to Las Vegas, where he gravitated to the sportsbook at Caesar’s Palace. As it turned out, his future was forged in that TV-filled room.

Before long, Voulgaris was obsessively watching NBA games—about 400 per season, by his account—with an eye towards the details. Little data beyond the standard box score was available in the beginning, but Voulgaris recorded the “visual data” he gained from watching the games. He rated players, and analyzed matchup discrepancies, individual players’ defensive positioning, and average time of possession. Eventually, Voulgaris arrived at the point where he could regularly beat the fairly unsophisticated Vegas betting lines tailored for the average punter. His analysis of one-on-one matchups gave him an edge against the bookies, whose statistical models didn’t incorporate this factor. To employ a tennis analogy, a tennis player who can usually beat you may regularly lose to players you dominate because you can’t handle their particular style, or vice versa. Understanding this angle’s a key element of sports analysis.

Voulgaris had considerable success as a “subjective” bettor. By the time he was 30, he says, he was regularly betting $1 million per day on NBA games. But then, after a disastrous 2003-04 season that got so bad that he started to “tilt”—he became hyper-aggressive in an attempt to recoup lost bets—he realized the need for a computer model. That would require a computer science whiz kid highly skilled in statistics in math, which he didn’t settle on until 2008.

The objective was develop a model that could simulate any NBA basketball game and predict a game score that Voulgaris could, just before placing his bet, tweak if he felt he had some important knowledge unavailable to the computer. This task, which took two years to complete, required the analysis of tens of thousands of potential occurrences on the basketball court during a game. Voulgaris says his model’s so sophisticated that it can predict the player most likely to be fouled on any given individual possession, and it uses that player’s free throw percentage to project a scoring result on the possession. Voulgaris claims that after a number of adjustments—one of which he won’t speak about because he doesn't think anyone else is doing it—his model, which he uses to make about 1000 bets per season, is the “greatest thing ever when it comes to sports betting.”

Cuban’s imaginative. He’s probably salivating over his new prodigy’s database and model, which Voulgaris says can predict the expiration date of every NBA career—good info to have when you’re drawing up a multi-million dollar contract. If someone consistently wins millions of dollars betting on basketball games, then Cuban probably figures this guy might be able to help him win, which the Mavericks haven’t been very good at lately. Gamblers are notoriously unreliable when giving accurate assessments of their results, but self-made billionaires like Cuban didn’t get there by hiring bullshit artists. He knows this guy is for real.

Voulgaris might know things that traditional basketball insiders, who talk about their “gut feelings,” may not. Watch him sit down and talk basketball—he was once a regular on Bill Simmons’ BS Report—and you immediately grasp his razor-sharp analytical abilities and vast knowledge of every aspect of the game. You’ll rarely hear someone explain, as he can, why the person who gets the most rebounds on the team may not be the team’s best rebounder.

You have to wonder if the Mavericks’ General Manager, Donnie Nelson, realizes that he’ll be working with a guy who wants his job. He’s sure to be having some uncomfortable conversations with his new quant, because Voulgaris is convinced he’s GM material. He’s stated that all the study he’s put into the game gives him the ability to put together a team better than just about anyone, including those currently paid to do it.

Who knows if Voulgaris will take Nelson’s job from him, but there’s a good chance that another NBA team will give him a shot soon enough. Last year, the San Francisco 49ers hired future NFL Hall of Famer John Lynch, who has zero front office experience, as their GM. When the former star safety retired from football in 2007, he became an NFL analyst for Fox. Why would hiring the 43-year-old Voulgaris for the job be any weirder? Moreover, when sports betting becomes legal nationally, it’ll open up a potentially huge new revenue stream for franchises, especially those with gambling experts as employees.

Voulgaris’ ability to analyze talent outstrips Lynch’s by a mile. As he sees it, this ability’s already been tested in the market—the gambling world—where his opinions have been put to the test on a daily basis and proven correct. I think Cuban will be recognized some day as the quant pioneer of the NBA. He may have just have hired the future Billy Beane of the NBA.