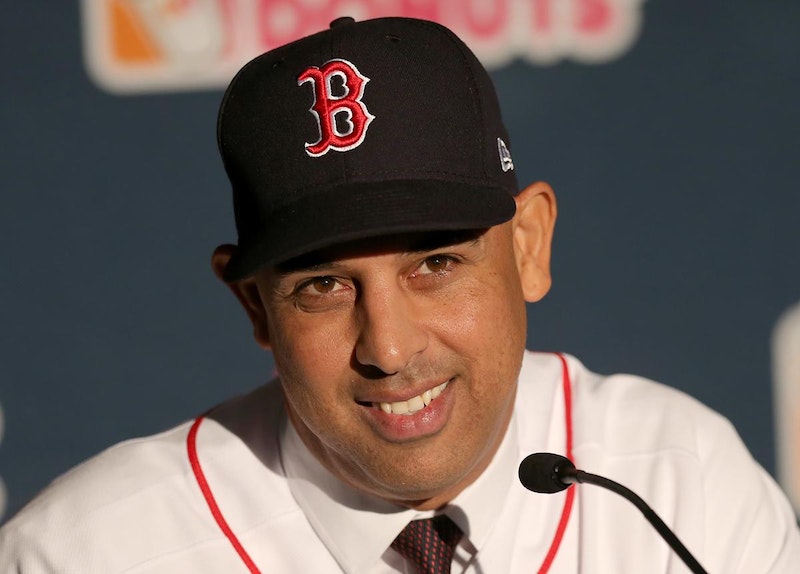 —Red Sox manager Alex Cora was Houston’s bench coach last year. He watched the Astros wipe away Boston’s season in last year’s Division Series. Cora showed shrewd decision making throughout the 108-win regular season, and his moves paid off handsomely (Brock Holt, Christian Vazquez and Rafael Devers in the lineup and the relievers in Games 3 and 4) in the Division Series. Familiarity advantage: Boston.

—The Astros have elite starting pitching. They have three aces in Justin Verlander, Gerrit Cole, and Charlie Morton. Their fourth starter, Dallas Keuchel, has pitched very well in eight postseason starts over the last three years. When they acquired Cole, many feared what that would mean in October. In addition, Houston’s bullpen got even better at the deadline. Pitching advantage: Houston.

—With the exception of last season’s October relief appearances against the Astros, David Price’s postseason career has been shaky. Price was removed after 10 batters in Game 2 against New York, though Cora has named him the Game 2 starter. Price will have one more shot to redeem his postseason self.  Advantage: Houston.

—One look at Houston’s Tyler White as he enters the batter’s box, and you might understand why he wasn’t picked until the 33rd round of the 2013 draft. White is stocky and hunches over when taking his stance. And yet, the man hits. Hit his way into the DH slot over Evan Gattis. Hit his way into some at-bats as a first-baseman. White’s .888 OPS gave Houston a boost in the season’s second half. While the Astros have White, the Red Sox have their own version of an unsuspecting superhero. That’s Brock Holt. Holt looks like a cherubic version of Matt Damon crossed with Dennis the Menace. Holt was inserted in Boston’s lineup at second base in Game 3 of the ALDS. He finished the night as the only major leaguer in history to hit for the cycle in a postseason game. Boston’s 16-1 massacre of the Yankees was finished off by Holt’s nigth inning grand slam. Superhero advantage: draw.

—Chris Sale has his swagger back. He pitched brilliantly in Game 1 against the Yankees, and slammed the door in the 8th inning of Game 4, out of the pen. The Astros have the rotation advantage, but Sale at his peak is untouchable. Perhaps Verlander is equally unhittable, but I’m a Red Sox fan. Ace Advantage: Boston (perhaps an ounce of bias).

—Astros third baseman Alex Bregman is seeing the baseball about as well as it’s possible to be seen. Scouts talk about ability to recognize pitches. To lay off bad pitches, and to barrell the ball on mistakes. He’s always shown a sharp eye and plate discipline, but Bregman has gradually evolved into a powerful hitter. Like Joe Altuve before him, Bregman has a short, powerful stride which takes prime advantage of Houston’s Crawford Boxes in left-field. Against Cleveland, Bregman’s 13 plate appearances ended in four outs. Two homers, a double, two singles and four walks. Cora may intentionally walk him. Vision advantage: Houston.

—J.D. Martinez was drafted by the Astros in the 20th round of the 2009 draft. Nearly a decade later, Martinez will get a chance at redemption, facing the team that released him after a few up-and-down seasons. Hitting his stride in Detroit, Martinez gradually found consistent success by changing his swing, and focusing on hitting the ball the opposite way. Martinez began launching homers at age 26 in Detroit. Three years later, he was traded in a deadline deal to Arizona, where he went bonkers, connecting on 29 homers in 62 games. Red Sox GM Dave Dombrowski had seen Martinez up close in Detroit, and with a David Ortiz-sized hole in the lineup through 2017, Dombrowski was eager to sign J.D. The stalemate that ensued between superagent Scott Boras and Dombrowski was maddening. Most baseball writers assumed Martinez to Boston was a done deal... except nothing was done for two months. Finally, in late February, Martinez signed. One could argue these Red Sox would not have home field advantage in this series, or might not even be here without Martinez’ dazzling first year in Boston. It’s hard to type that and not think of Pedro. Redemption advantage: Boston.

—Analyzing playoff performance is tricky. We quickly lump players into “clutch” and whatever the opposite of clutch is… nervous I suppose. One can argue that David Price’s postseason failures have to do with his mental state related to pitching in big games, but his relief performances as a rookie in Tampa and last year would signal otherwise, as would his Game 163-gem against Texas, giving Tampa the wild-card a few years back. Perhaps the lineups he’s faced are simply really good, and his stuff doesn’t play as well against elite hitters. Still, his pitching performance against the Yankees will be on the minds of Red Sox fans. Meanwhile, the Astros have last year’s World Series run in their memory banks. That break-through success may have led to an early season malaise, in which everyone was dragging a bit from last year’s longer-than-usual season. That malaise is long gone, and the Astros have added Cole, a number of relievers, and White to last year’s title-winner. Then again, Cora had a chance to study those Astros from the bench. Now his mission is to help his pitchers find weaknesses in hitters that haven’t shown any all season. What does it all add up to? Prediction: The Series will go seven games.