It’s a bigger problem than you realized. 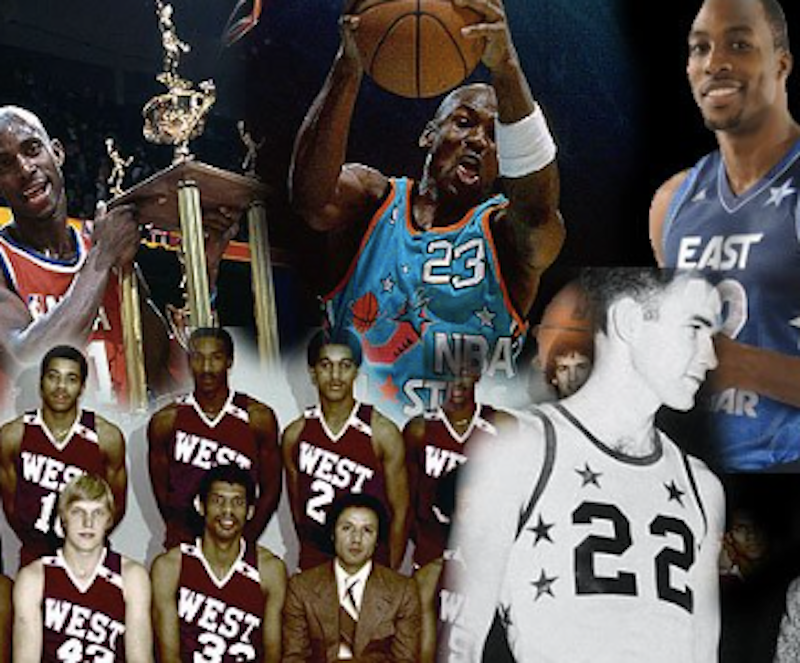 Some of the accolades we routinely use to evaluate the quality of NBA players’ careers are MVP awards, All-NBA selections, All-Star Game appearances and other postseason awards. In real time, we may question what criteria the people who voted on these awards were implementing while submitting their ballots, but when reflecting on the careers of the players years and decades after the fact, we simply accept the granting of the awards and spout off the list of honors bequeathed to a player as if they were earned outright rather than voted on by people whose opinions could be easily swayed.

If you find yourself annoyed because your favorite NBA player has been consistently denied a spot in the league’s All-Star Game, you’re correct to feel that way. I don’t need to know the particulars behind the snub, nor the statistics of the player in question to affirm that he has every right to feel slighted, at least in a historical sense.

Without question, it’s more difficult to be selected to appear in the NBA All-Star Game now than in any other time in the history of the league. This means that when eras are compared, and accomplishments are catalogued, every modern player receives the short end of the stick when juxtaposed with players from past eras. Historically speaking, at least 50 players get snubbed each year, and all you must do to recognize this fact is to examine the procedures behind the selection of the first decade of NBA All-Star Game participants.

The rosters for the NBA’s first All-Star Game in 1951 were selected by sportswriters, telecasters, and other media. The players were also chosen without regard for position. In total, 22 players were elevated to All-Star status that season from the rosters of the fledgling league’s 11 teams. Without having much else to go on other than a stat sheet, media members selected each of the NBA’s 16 most prolific scorers, along with leading scorers number 18, number 19, and number 21. They also selected Dick McGuire to the team, ostensibly for leading the league in assists at the time.

The fact that early All-Star selections appear to have been made solely on the basis of raw statistical productivity and without much nuance is a story in and of itself. However, in an era where players receive financial bonuses and have Hall-of-Fame candidacies bolstered by All-Star designations, the All-Star label carries more meaning than its originators could’ve fathomed at the moment they envisioned putting together an All-Star event to attract attention for the league.

Consider the following numbers: In 1951, the NBA consisted of 11 rosters of 12 players apiece. Therefore, by declaring that 22 players would be selected to the All-Star Game, the league established that more than 16 percent of the NBA’s 132 players would receive the All-Star designation.

Within a few years, the NBA had contracted in size to eight teams. Such was the case in 1961, when the sportswriters covering the league selected 22 of its 96 total players to fill out the NBA’s All-Star roster. This amounted to 23 percent of the league’s players. Unsurprisingly, each of the eight existing NBA franchises had at least one player appointed to represent them in the game, while six of the teams were represented by as many as three players.

To give these percentages some perspective, each of the 28 modern NBA teams carries 13 active players on its roster at a time. To match the All-Star-selection ratio of the 1961 season, the NBA would need to declare 84 of its 364 players to be All-Stars in order for the All-Star label to be similarly spread. In mathematical terms, about seven percent of all active NBA players are declared All-Stars during a modern season, when this percentage was 23 percent in 1961. More than three times as many players would need to be selected to All-Star status than are presently selected in order for the ratio to be consistent.

Should this happen? No. One of the foremost factors to maintaining the significance of an achievement is by guaranteeing its scarcity. However, the relative paucity of modern NBA All-Star selections compared with those of bygone eras also heightens the likelihood of entire NBA franchises and cities feeling overlooked, along with their players.

Why do I say this? In years where contemporary NBA All-Star Games allow for injured-player replacements and special roster additions, the number of players chosen for the game seems to max out at 27 to 28 players. However, the traditional size of an All-Star team includes 12 players per side. When 24 All-Stars are chosen, it necessitates that at least four NBA franchises will not be represented in the game. Moreover, the number of unrepresented teams in any All-Star game axiomatically increases by one every time a single team is awarded more than one All-Star.

When the NBA was smaller, it had a rule in place to protect teams and cities from feeling slighted in such ways. Until 1973, the league mandated that each team had to be represented by one player, and prescribed another rule that prevented a single team from being personified by more than three players. However, as the league continued its expansion, maintaining such a rule no longer became a tenable option.

Theoretically, fan voting has always been a logical way to determine that the NBA All-Star Game would feature the players that fans most want to see, and the league transitioned to a fan-voting selection format for choosing the game’s starting lineups in 1975. However, this system has several flaws that reached their peak in exemplification in the 1980s and 1990s, inasmuch as it inherently rewarded players who played for popular franchises. This is because the only way for fans to vote for All-Stars during these eras was to physically attend games and submit ballots. Consequently it meant teams with higher overall attendance levels, to say nothing of teams with nationwide fanbases, could maximize the number of opportunities available for hometown fans to inflate vote counts in the favor of local players.

The system resulted in some absurd starting-lineup selections. In 1990, Los Angeles Lakers fans stuffed the ballot box for A.C. Green, granting both he and James Worthy starting forward honors ahead of perennial most-valuable-player candidate Karl Malone of the Utah Jazz. Green also accumulated more than twice as many votes as future Dream Team member Chris Mullins of the Golden State Warriors, and 27-point-per-game scorer and 1987 All-Star Game MVP Tom Chambers of the Phoenix Suns.

The broken nature of the fan-voting process is further exemplified by the 1994 selection of B.J. Armstrong of the Chicago Bulls to the game’s starting lineup. Riding the wave of popularity achieved by the Bulls during their dynastic run, Armstrong acquired the third highest number of total votes among all All-Star starters that season. In the process, he accumulated more votes than his teammate Scottie Pippen, a frequent All-Star and a league MVP candidate that season, who also won the MVP award at that year’s All-Star Game.

Should Armstrong have been starting that game with season averages of 14 points and four assists per game? No chance. However, bandwagon Bulls fans were ubiquitous at that point. Will Armstrong forever get to claim that he was an NBA All-Star starter? Undoubtedly so. Yet, 26 years removed from that event, analysts rarely take the time to sort through the debris and uncover the preposterous nature of it all. Instead, for purposes of establishing player hierarchies, B.J. Armstrong and A.C. Green simply wereAll-Stars, while several players from the same era that were universally heralded as superior players who never received such honors. Moreover, the preceding duo was voted in as starters by fans in instances when the league’s coaches—who still select All-Star reserves—would’ve been unlikely to punch those players’ tickets to the game otherwise.

Since the procedures, ratios and considerations for selecting All-Stars have shifted over time, we should reconsider the practice of spouting off “All-Star” as an accolade that means anything other than the fact that fans once wanted to watch those players participate in an exhibition basketball game at one point in their careers.