Coronavirus Could Cost Some MLB Players a Hall of Fame Plaque

Jon Lester and others could be robbed of honors they deserve purely due to circumstance. 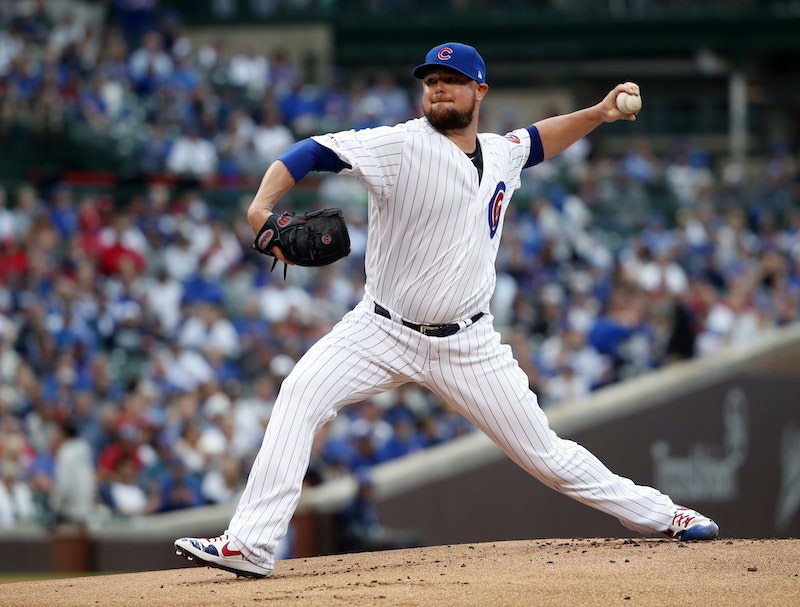 If Major League Baseball ends up having a season, it’ll be shorter than usual. For some players who have a shot at making it to the Hall of Fame, that’s a problem.

Whether the season ends up being zero, 81, or even 110 games, standout hitters will have less at-bats, pitchers will make fewer starts, and elite closers will have reduced save opportunities.

A shortened season in 1994 hurt one player's chances at Cooperstown: Fred McGriff. He finished his career with 493 home runs, but if the strike-shortened season were a full one, he probably would’ve wound up with 500 homers. Since he never used PEDS, some argue 500 homers equals a plaque in Cooperstown. a veterans committee could honor him in the future, but that’s no guarantee.

How does that factor into 2020? No clue! However, there’s potential that someone else ends up being McGriff’d. Aging veterans who still have a Hall shot if they finish strong first come to mind. Chicago Cubs starting pitcher Jon Lester is one of them. Lester has 2355 strikeouts and is entering his age 36 season if the season ends up happening. As we know, 3000 strikeouts is essentially a guaranteed spot in the Hall of Fame. And that means Curt Schilling and Roger Clemens will get in soon.

Lester has no Cy Young awards. It’s unclear if he has five solid seasons left in him, or will be the worst pitcher in the league in 2022. Also, if he ends up losing say 16 starts this year, maybe that’s 75-100 strikeouts he never gets. Or, this weird four months in between baseball activity could end up blowing out his arm when he comes back. Who knows?

Someone could make the same type of case for Cole Hamels and Felix Hernandez, and the point would remain the same. Hamels (2558 career strikeouts) is likely in the best spot of the three to strike out 3000 batters in his career and clinch a Hall of Fame spot, but at 36, losing this valuable time is not helping his case. And King Felix, who has 2524 career strikeouts, isn’t the same pitcher he once was. Over the past two seasons, the 34-year-old has a 5.82 ERA in 44 outings. He’s with the Atlanta Braves on a minor-league deal worth $1 million this season. If he doesn’t perform, they could cut him—and it could be all over. No one even knows if there will be an MiLB season, so there’s no guarantee that he could make a couple of starts for the Gwinnett Stripers and earn his way back up.

And this may end up affecting someone younger. After all, McGriff’s strike-shortened season came one decade before his final season: 2004. That means even players like Mookie Betts, Nolan Arenado, Bryce Harper and Giancarlo Stanton could be out of luck 25 years from now. Maybe it hurts them. Maybe it hurts someone else. Or maybe it does not hurt any active hitters in the game. Players like Darryl Strawberry (eight straight All-Star game appearances) and Fred Lynn (nine straight All-Star game appearances) were on Hall of Fame tracks at certain points in their careers, but look how that turned out.